This Is How Trump Can Successfully Navigate the China Trade Trap 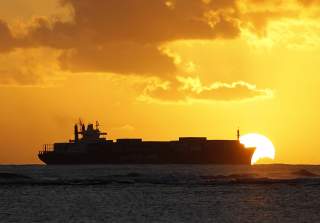 Foreign-policy experts and America’s allies have roundly criticized President Trump’s new tariffs and investment restrictions as a potential opening salvo in a global trade war. But at least rhetorically, the Trump administration argues that its goal is not simply to protect American industries from foreign competition. Rather, the Trump administration argues that it wants to use the tariffs and investment restrictions as part of a strategy to finally pry open China to U.S. business.

The Trump administration is correct about the need for a tougher approach to China’s unfair trade practices. Despite a handful of positive macroeconomic reforms, under President Xi Jinping the general trend has been to increase the Chinese state’s role business. For example, over the past year China has pressed U.S. and European businesses operating joint ventures in China to give the Chinese Communist Party cells a formal role in corporate decisionmaking, which could turn companies into agents of Chinese policy. China’s “Made in China 2025” national development strategy, meanwhile, is combining billions of dollars in subsidies, favorable regulations, restrictions on foreign access to the Chinese market, and other policies to promote the explicit goal of Chinese companies dominating ten global industries, including information technology, energy-efficient vehicles, and aviation, by 2025. U.S. Trade Representative Robert Lighthizer last week issued a report finding that Chinese requirements forcing U.S. firms to transfer technology to China and outright theft cost the United States billions of dollars a year.

The initial signs surrounding Trump’s announcements are that the new tariffs and investment restrictions may indeed spur China to negotiate over its trade practices: Beijing recently sent its top economic official, Liu He, to Washington in a bid to head off a broader trade war, and Washington and Beijing appear to have begun preliminary discussions on potential ways to reduce the bilateral U.S.-China trade deficit.

Trump cannot let his administration be bought off by China’s initial concessions if he wants to reverse years of American failure in pressing Beijing to change its economic practices. Instead, Trump needs to press the initiative by issuing a clear set of U.S. demands and building a multinational coalition to join the United States in the fight.

In developing specific U.S. demands, Trump should focus on opening the Chinese market in ways that support long-term U.S. economic interests, and not simply near-term U.S. corporate profits. For example, press reports suggest that China may offer to open its financial services market to U.S. firms. China has already begun a slow process of liberalizing its financial services market, and a more rapid opening would undoubtedly benefit the bottom lines of America’s banks. But opening China’s financial services market is less likely to have an impact on U.S. workers or on the broader economy here in the United States, given that U.S. banks entering China would predominantly hire Chinese nationals to serve clients inside China, and, for at least the first several years, profits would be recycled into the Chinese market.

Trump also needs to resist the temptation to reduce the U.S.-China trade deficit by letting China engage in beggar-thy-neighbor policies that harm U.S. allies while letting China shirk more fundamental reforms. China is reportedly considering shifting semiconductor purchases from South Korean and Taiwanese firms to U.S. companies as a way of closing the trade deficit. While this could provide a short-term boost to U.S. exports, it would also drive a wedge between the United States and two important Asian allies while requiring nothing in terms of long-term structural reforms from China: China could simply return to purchasing foreign semiconductors as soon as U.S. political pressure abates.

Instead, Trump should focus his market-opening negotiations on two principal areas.

Second, Trump should press China to open its market to U.S. goods and services that support labor and employment in the United States, such as automobile manufacturing and services that tend to rely on U.S.-based employees. While global trade has generally benefited the U.S. economy as a while, the last decade has made clear that trade creates losers as well as winners. Prioritizing trade terms that benefit some of the groups that have historically lost under trade deals would not only be fair, it may have the potential to rebuild popular American support for trade over time.

To maximize U.S. leverage in the current dispute with China, Trump needs to sign up allies to bring pressure against Beijing. China has long been more responsive to multilateral pressure than to bilateral diplomacy. Moving quickly to sign up allies will also deny Beijing the opportunity to frame the tariffs and investment restrictions as an example of the United States departing from longstanding global trade rules.

In theory, signing up allies should be straightforward. Other high-tech industrial economies such as Germany and Japan face the same forced technology transfer, IP theft, and market access challenges in China that U.S. companies face, and have become increasingly outspoken in their criticism of China’s practices. Germany’s ambassador to China, for example, earlier this year argued that while Chinese investment was welcome in Germany, “it cannot continue to be a one-way street: openness on the one side and tightening market access on the other.” Last December the United States convinced the EU and Japan to agree to a joint statement criticizing “large market-distorting subsidies and state owned enterprises, forced technology transfer, and local content requirements” that was clearly aimed at Beijing, even if it did not mention China by name.

But Trump’s rhetoric and a handful of strategic blunders have complicated the effort. For example, Trump’s initial decision to include U.S. allies in the steel and aluminum tariffs provoked a sharp fight among allies just weeks before Trump announced the far more consequential new measures aimed at Beijing. A series of Trump’s own comments, such as his Twitter statement that “trade wars are good, and easy to win,” have also undercut the perception of Trump’s recent trade actions in foreign capitals.

There are signs that the Trump administration is trying to right the diplomatic ship. Trump’s decision late last week to grant the European Union, South Korea, Canada, Mexico and Australia temporary exemptions from the steel and aluminum tariffs set aside an immediate point of contention and should enable the U.S. Trade Representative, Robert Lighthizer, to begin securing commitments the European Union to join the United States in a more aggressive posture against Beijing. Trump should grant Japan a similar temporary exemption to facilitate U.S.-Japan-EU trilateral cooperation in putting pressure on Beijing. Trump should then set up a formal working group of like-minded allies to begin mapping specific joint actions that can be taken on China and to coordinate diplomatic initiatives to press China to liberalize.

Over the longer term, Trump will need to overcome his innate skepticism of multilateral diplomacy and multilateral institutions to develop a plan to write new global trading and investment rules that will apply not only to China, but to the world. While bilateral trade and investment restrictions and allied support may be able to press China into agreeing to some near-term reforms, over the long-term the United States and our allies all benefit from having clear, widely-accepted rules of the road that can be enforced over time.

The closest recent U.S. precedent for Trump’s trade strategy is President Reagan’s initiative in the 1980s to pry open markets in Europe, Asia and Latin America. In 1985, coming just after the “Plaza Accord” agreement to devalue the U.S. dollar relative to the British pound, the German mark and the Japanese yen, Reagan launched a series of tough trade enforcement actions including several “Section 301” investigations—the same tool Trump is now using against China.

The Reagan administration sought to resolve many of these trade actions bilaterally. But Reagan also understood the need for a genuine multilateral approach to writing new trading rules, and launched the Uruguay Round of global trade talks that ultimately established the WTO. For all its flaws, the WTO facilitated economic growth in the 1990s and helped to deter a retreat to global protectionism after the 2008 global economic crisis. Global trading rules are in serious need of an update, but the concept of a global trading order should not be abandoned.

In 2016 Trump aggressively campaigned against the Trans-Pacific Partnership, the proposed trade agreement that President Obama had pitched as a mechanism for writing new global trading rules, and other multilateral trade agreements. Trump is unlikely to return the United States to the TPP, despite occasional statements by administration officials indicating that they might be open to returning on more favorable terms. This puts the onus on Trump and his team to develop an alternative mechanism for writing global rules on the primary trade and investment challenges—state owned enterprises, currency manipulation, nontariff barriers and market access—that partnership advocates had once hoped that agreement would begin to address.