Immigration Has Divided America. Migration May Unite It. 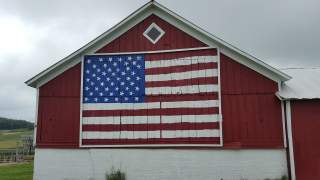 Immigration has divided America. A chasm has opened between those who support President Trump’s immigration pause, deportation surge and wall on the border of Mexico, and those who have protested against those policies and advocated that cities and universities become designated sanctuaries. Emigration too has become politicized, with some left-leaning celebrities casually forgetting their earlier vows to move abroad if Trump won. Today, when it comes to the migration, “united” has become something of a misnomer for America’s states. Nonetheless, there is a type of people movement that President Trump and Congress should not only tolerate but champion.

Internal migration—U.S. citizens moving within the country—is in many ways the story of America. Think of Lewis and Clark, Manifest Destiny, the Oregon Trail, the transcontinental railroad, the Ford Model T and the Eisenhower interstate highway system. Dynamism has been a hallmark of the country throughout its history. That is, until recently.

Internal migration has now reached historic lows. In 2016, just 11 percent of Americans moved. In the 1950s and 1960s, around 20 percent of Americans moved each year. In the 1980s and 1990s, around 15 percent did. Moreover, the distance of most moves has collapsed. Of those Americans who moved last year, 61 percent stayed in the same county. Just 14 percent of those who moved relocated to another state. One statistic reported by the New York Times sums up this trend: “the median distance Americans live from their mother is 18 miles.”

America’s growing immobility is not merely the result of an aging population. The Pew Research Center reported recently that just 20 percent of millennials moved in the last year. This is well below previous generations, with 26 percent of Generation Xers, 27 percent of late boomers, 25 percent of early boomers and 26 percent of the Silent Generation moving at the same point in their lives. Last year, the majority of millennials were not married, did not own a house and did not have children. None of the traditional reasons to stay put kept them in place. Yet the majority of millennials were nonetheless averse to crossing a state line for something better, even as that cohort had—and still has—a higher unemployment rate than the national average.

Of course, it has never been easier to move. Gas prices are down, job advertisements proliferate on the internet, Skype allows for job interviews from afar and Airbnb offers affordable temporary accommodations. Yet too many Americans seem stuck, and all too often seem stuck in places with few jobs or opportunities. Henry Olsen, senior fellow at the Ethics and Public Policy Center, wrote in the National Interest last year that

while the standard deviation of unemployment rates across the fifty U.S. states has trended down in recent decades, it has not fallen nearly as much as one would expect in a country where the movement of information and people has never been easier. Instead, millions of able-bodied, working-aged Americans are staying in low-growth or declining areas. These “job deserts” are well known to most observers—Appalachia, parts of the Rural South and Midwest, aging towns and cities in America’s Rust Belt.

In his essay, Olsen argued that Republicans have suffered from an “empathy gap” with voters in recent elections, and that it is not enough to address that problem by cutting entitlements and taxes. The GOP should pass a twenty-first century Homestead Act, he wrote, one that incentivizes unemployed Americans to move away from job deserts, which means moving out of their home county and, yes, further away from mom if necessary. Such an act would prioritize retooling the system to increase incentives for moving and to decrease existing barriers.

One idea is to require people receiving unemployment benefits to search for work in faster growing areas in other states. “An autoworker thrown out of work in Michigan, for example, could be required to look for new auto-plant jobs in Kentucky or Tennessee, states where the auto industry is healthier than in Michigan,” Olsen wrote. Making Medicaid, Section 8 housing vouchers and food stamps more portable between states would also reduce existing barriers.

Why else aren’t Americans moving? One big reason is the increase in occupational licensing, which is often done at the state level. Today, around of quarter of American workers are required to obtain occupational licenses from their state. Fifty years ago, it was around 10 percent. Researchers at the University of Minnesota recently looked at a handful of occupations that require such licenses to see if they created barriers to moving between states. As the researchers pointed out, “a public school teacher with a decade of experience in New Hampshire is not legally allowed to teach in an Illinois public school without taking significant new coursework and meeting state residency requirements.”

When the researchers looked at the data they found worrying results. Barbers and hairdressers, who require state licenses, move between states at a 27 percent lower rate than those in jobs with similar characteristics, but do not move within states at a significantly lower rate. It is odd that licenses to operate a motor vehicle, for example, transfer easily from state to state, yet licenses to operate a pair of scissors do not. The most shocking result came with teachers, who move between states at a 43 percent lower rate than non-teachers. In other words, occupational licenses are cementing Americans in their states at a time when a few miles can make all the difference. Illinois, for instance, has an unemployment rate of 5.7 percent, well above the national rate. Its neighbor, Iowa, has one of the lowest at 3.6 percent. One way to get Americans back to work is to make more licenses portable between states and to reduce the number of occupations for which licenses are required.

There’s more. The benefits of mobility are not just in the workforce. Americans are increasingly siloed in politically homogenous areas. It is becoming increasingly true that the only certainties all Americans share are death, taxes and a lack of reference for how much of the rest of the country lives and works. As a result, too many Americans from the left-leaning coasts now look on those from the right-leaning interior with contempt, and vice versa. Increased migration within the United States would not eliminate partisan and regional narrow-mindedness, but it would begin to dissipate the more noxious expressions of these tendencies now befogging the country.

Americans have rediscovered mobility before. In February 1955, President Dwight D. Eisenhower explained to Congress his intention to knit the country together with a national interstate system. “Together, the uniting forces of our communication and transportation systems are dynamic elements in the very name we bear—United States. Without them, we would be a mere alliance of many separate parts,” he said. If the current administration and Congress want to bring America together and put more people to work, then it’s time to move on policies that will increase mobility. Otherwise, an alliance of separate—perhaps even antagonistic—parts is the country’s future.