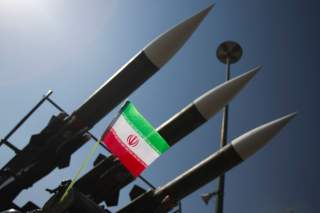 The Iranian Islamic Revolutionary Guard Corps fired seven surface-to-surface missiles at bases of Kurdish opposition groups in Iraq on September 8. The attack, filmed by an IRGC drone, shows that Iran can carry out precision strikes and is a clear signal to Kurdish opposition groups, and also Baghdad’s supporters in Washington, that Iran will continue to carry out operations in Iraq as part of its policy to exercise influence in the region. It also showcases the precision of Iran's ballistic missile program.

Iran’s IRGC chose the Kurdish targets after months of increasing clashes between several Kurdish armed opposition groups and the IRGC in areas of western Iran. The Democratic Party of Iranian Kurdistan (PDKI), which was founded in 1945 and fought an insurgency against the Islamic Republic after 1979, said it killed “12 IRGC terrorists” on August 13. It has been showing off its attacks and its presence in Iran on social media, taunting the regime. At the same time other Kurdish groups, such as the Kurdistan Free Life Party, have carried out high profile attacks and called for a united front against Iran. 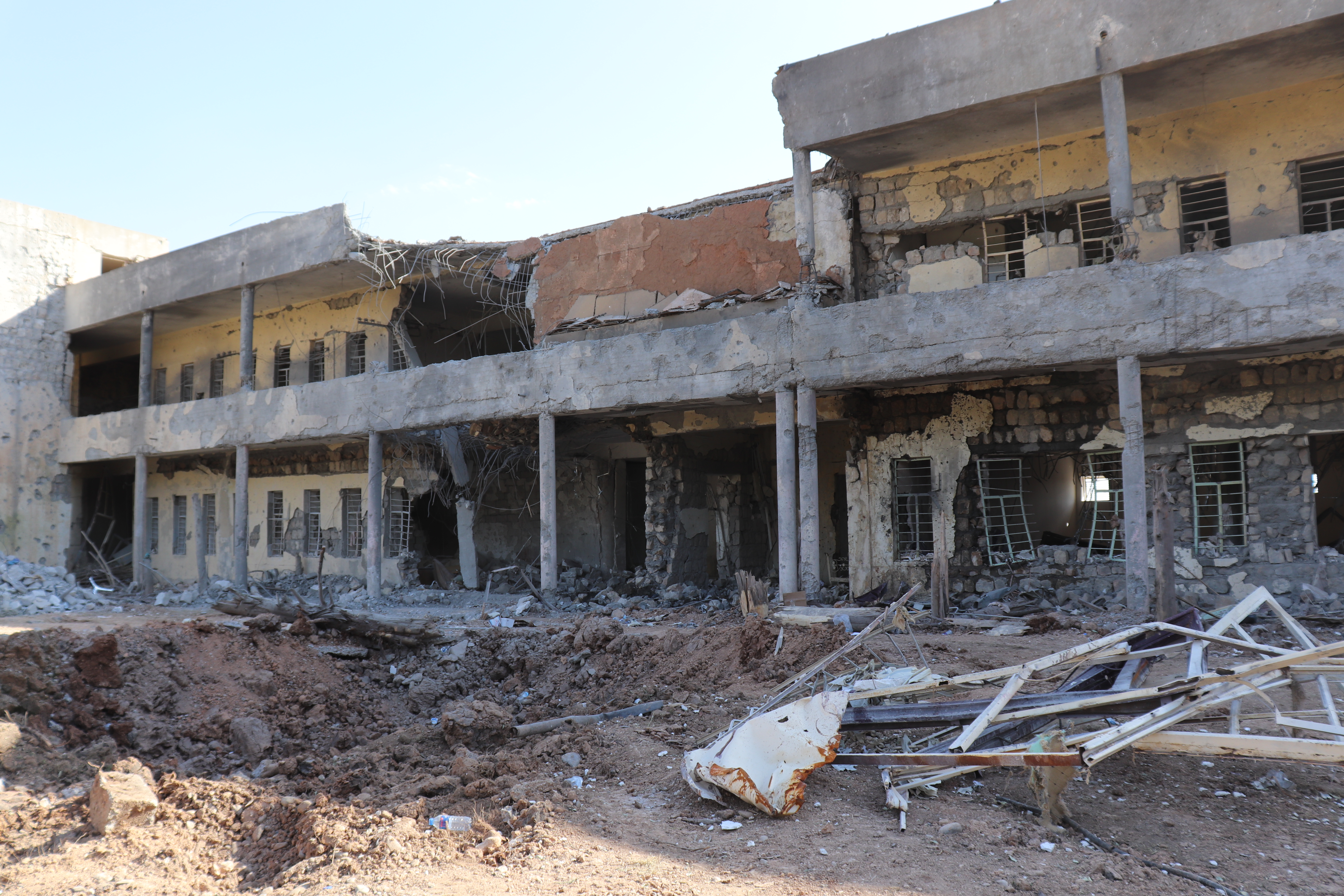 One of the buildings struck by Iranian missiles. Two missiles struck a meeting of KDP-I leaders at their complex in Koya on September 8. (Zach Huff)

The rising Kurdish insurgency in Iran comes in the context of U.S. sanctions and Washington’s leaving the Iran nuclear deal. Mustafa Hijri, head of the PDKI, was in Washington in June and said he hoped that America and world powers would “help us confront the regime." Since then, the PDKI has attempted to show it is relevant and worth backing. At bases near Koya, the PDKI is training fighters, called peshmerga, and they also have been training in the mountains nearer the Iranian border. Their men and women cadres bear only small arms and RPGs. Based on recent interviews and a trip to the border with a patrol of the PDKI, they say that the number of recruits has quadrupled recently. They operate along the border even though Iranian artillery have targeted their operations and smuggling routes that festoon the mountains. The border is porous and IRGC bases, some of them renovated recently according to the PDKI, are a common sight. Although Iran increasingly uses drones which can be heard buzzing over the mountains, the PDKI cross with ease into Iran along the more than 100 km of the unmarked, mountainous border in northern Iraq.

Further south lies an area where another Iranian Kurdish group called the Kurdistan Free Life Party (PJAK) operates. PJAK is linked to the Kurdistan Workers Party (PKK) and has been clashing with the IRGC, killing seven Iranian soldiers in July. Therefore the area that concerns Iran is also one that Turkey has targeted as part of Ankara’s war with the Kurdistan Workers Party (PKK) which has bases in northern Iraq. In August, a Turkish airstrike killed a senior PKK leader in Sinjar, while Turkey has indicated it wants to cooperate with Iran against the PKK. Iran wants to leverage Turkey’s dispute with Washington for its benefit. Iranian President Hassan Rouhani hosted his Turkish and Russian counterparts a day before the missile attack on Koya. In Iran’s strategy against groups like the PDKI, it follows that the next step may involve cross-border strikes on PJAK and is potentially part of its agenda for greater coordination with Turkey.

Tehran flexes its muscles in northern Iraq as Iraq faces continued political chaos in Baghdad, with parties unable to come to a coalition agreement three months after elections. The day before the missile strike, Iraqi protesters in Basra targeted the Iranian consulate and burned it. The protesters raged over lack of services, but their anger was directed at Iranian-linked parties and targets. These protests against Iranian influence in southern Iraq and Iran's cross-border raids in the north are connected. Iran sees Iraq as its "near abroad," i.e., an area of Iranian national security interest where Tehran wants to project influence and power to create a buffer against threats while bolstering its proxies.

But why did the IRGC choose to strike now? Kurdish groups that oppose the IRGC have had bases in northern Iraq for decades. However, most of the groups halted their offensive operations in the 1990s after Iran carried out a series of attacks on them, including artillery strikes and assassinations. The IRGC said via Iranian state media that it carried out the recent strike "after the terrorist groups' ringleaders ignored serious warnings by officials of the Iraqi Kurdistan region and the Islamic Republic's determination to dismantle their bases." This indicates that Iran's goal is a message to Iraq's autonomous Kurdistan Region that allowing the opposition groups to operate could destabilize the otherwise relatively stable and economically prosperous Kurdish enclave. Iran proved it could destabilize the Kurdish region before when IRGC Qods Force commander Qasem Soleimani helped broker the federal government’s seizure of oil-rich Kirkuk in October 2017. 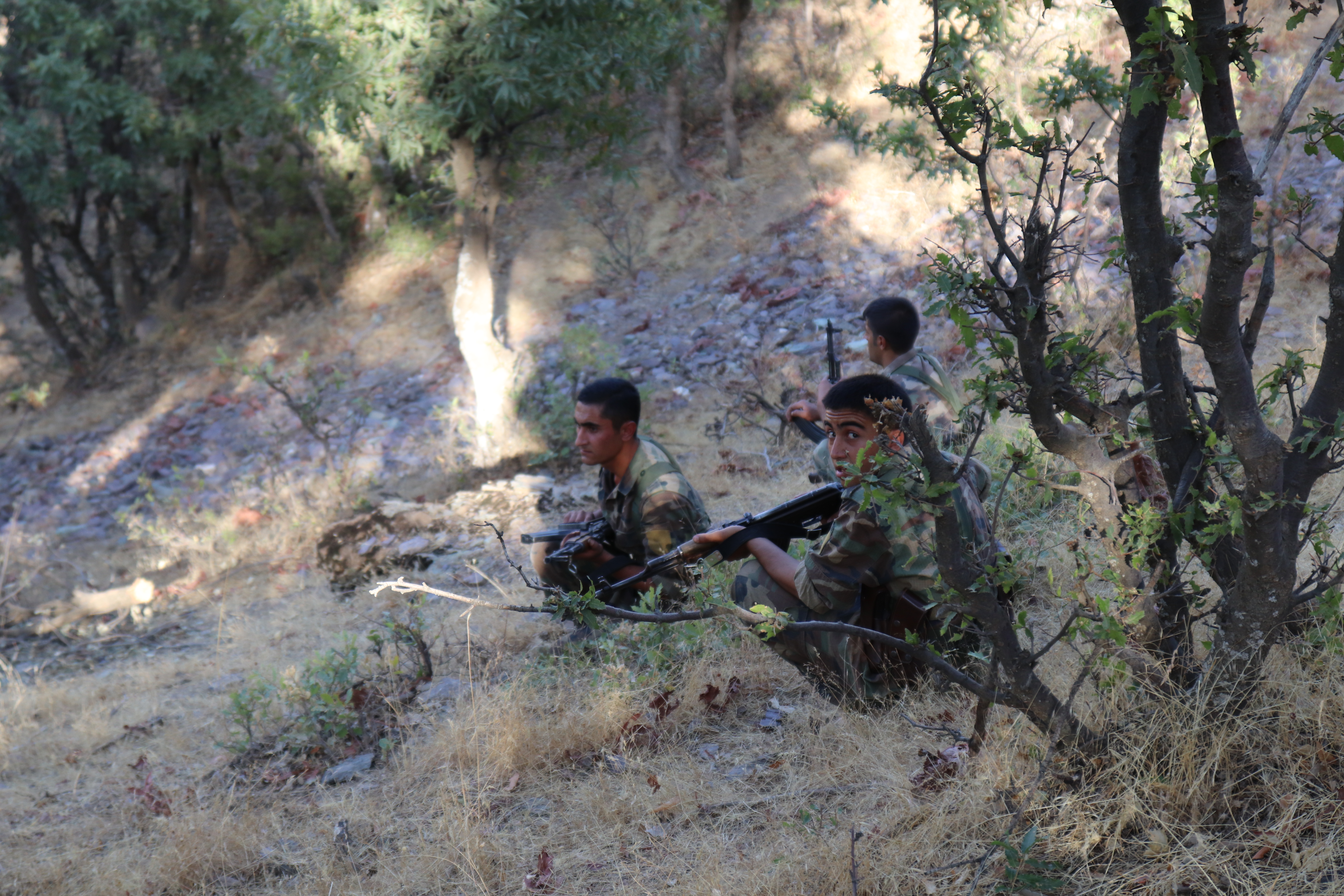 Democratic Party of Iranian Kurdistan members take positions during a patrol near the border of Iran. (Zach Huff)

The IRGC boasted of its abilities following the Koya attack. It broadcasted drone footage showing the Fateh-110 short-range ballistic missiles striking one of their targets, a headquarters of the KDP-I, an offshoot of the PDKI. It also said that its attack was from its Aerospace Force “in cooperation with the drone unit of the IRGC’s Ground Force.” The statement said it showed Iran’s IRGC is prepared to defend the country’s borders. However, striking sixty miles inside Iraq—firing from sites near Tabriz deep within Iran—goes far beyond what Iran has done in the past. Its use of Fateh-110 missiles, according to the videos it put out, showcases their deadly precision weapons. Tehran unveiled a new generation Fateh-110 on August 14 and carried out its first test in more than a year. Civilians in Iran near Tabriz filmed the rockets being fired. The rockets slammed into a courtyard and above a room where a high-level meeting was taking place in a large fortress-like building KDP-I controls in Koya. The ability to strike that specific room, of the hundreds of rooms in the compound for the first time translated Iran’s “on paper” capabilities into real-world effectiveness.

These ballistic missile programs are viewed as a threat by the current U.S. administration, and the Treasury Department has sanctioned IRGC members connected to the missile program and the Quds Force. Tehran’s public display of its missile abilities is a clear message to Washington that it does not feel pressured. It also displayed its intelligence prowess, because of the targets and meetings it was able to strike. Without confrontation by America on the ground, Tehran feels it has a blank check to operate in Iraq, launching the rockets in broad daylight. Iran was also accused by western intelligence sources of transferring missiles to Shia militias in Iraq in August, which reportedly included Fateh-110s.

By killing seventeen people in northern Iraq, Iran is telegraphing its policy. It wants to show that Iraq is firmly in its hands as a “near abroad” and that any U.S. attempt in creating a pro-Washington government in Baghdad should take that into account. In recent weeks Iraqi Shia militia commanders have condemned the U.S. role in Iraq. Abu Mahdi al-Muhandis of Kataib Hezbollah blames America for violence in Basra. In addition, Hadi al-Amiri, leader of the largest pro-Iranian party seeking to form the next government, was also critical of U.S. influence. U.S. Department of Defense Inspector General reports this year have also warned that the Iranian-backed militias threaten America in Iraq. The attacks in the Kurdish region illustrate to U.S. policymakers that any support for these Kurdish groups will be met with force, even as America puts forward a series of policies that are designed to confront Iran in the region and reduce its influence in Iraq.

The PDKI and other Kurdish opposition groups see economic sanctions against Tehran as creating an opportunity to push for change in Iran. While Tehran calls these groups “separatists” and “terrorists,” the PDKI says it is seeking a federal and democratic Iran. This dovetails with the Trump administration’s assertion that it is not seeking regime change, but a change in Tehran’s behavior.

However, Iran's use of precision missiles is the opposite of that change in behavior. It is part of a regional strategy, including the rockets fired by Iranian-backed Houthis at Saudi Arabia, and the missiles Iran is developing in Syria and has fired at Israel. The use of a drone in the Koya strike is linked to Iran’s use of a drone to penetrate Israeli airspace in February, alongside the salvo of twenty rockets that were subsequently fired at Israel in May. Unlike in Israel where air defense checked the Iranian attacks, Koya, Iraq has no missile defense. Washington should be concerned because the attack on Koya is a stunning exhibition of Iran’s abilities—and its willingness to use missiles against neighboring states and groups.