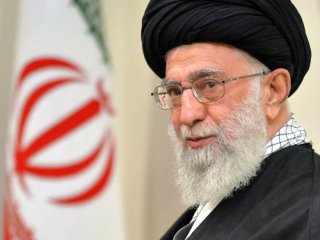 Politicians, pundits and analysts will no doubt continue to debate whether the terms of the P5+1 nuclear deal with Iran, the so-called Joint Comprehensive Plan of Action (JCPOA), could have been more favorable to the West, whether the United States pressed too hard and too fast for a deal and whether a deal should have been reached at all. Likewise, there will be considerable speculation regarding just how closely the U.S.-Iran prisoner exchange was tied to the deal. Many will also ponder why the Iranian-Americans released to Iran chose to remain in the United States. Finally, many will wonder whether the Iranian capture and release of American sailors was deliberately timed to virtually coincide with "implementation day," the day when Iran was deemed compliant with the requirement to dismantle its nuclear weapons program, and the process of releasing frozen Iranian funds began.

It is unlikely that clear answers will emerge regarding any of these developments anytime soon. What is certain, however, is that Iran stands to receive anywhere from $50 to 100 billion resulting from the removal of sanctions imposed in response to its nuclear program. The lower figure amounts to just under one-eighth of Iran's total gross domestic product in 2014; the larger amount represents about a quarter of Iran's GDP that year. Since many, if not most, of these funds will flow to the central government, Tehran will enjoy a degree of budget flexibility unheard of since the days of the Shah.

The boost to the Iranian economy will not be limited to the influx of funds unfrozen by the lifting of sanctions under the JCPOA. International businesses, including foreign subsidiaries of American corporations, are already lining up to invest in what all agree is a large, and sophisticated, Iranian market. Iran is also determined to increase its oil production despite a drop that has resulted in petroleum prices below thirty dollars a barrel, the lowest in a dozen years. Both taxes on foreign investments and petroleum revenues will add even more billions to Tehran's coffers.

What will the mullahs do with their newfound cornucopia? Apologists for what they invariably call "the Islamic Republic" (there are actually other states whose official names include that term—Afghanistan, for instance) are certain to claim that these monies will be applied solely to boost a sagging economy. No doubt some, perhaps most, of those funds will do so—but not all. They also are needed to accelerate Iran's ongoing thrust for regional hegemony.

Iran has long since expanded its influence beyond what King Abdullah of Jordan termed in 2004 "the Shia crescent." At the time, Tehran was supporting Hezbollah in Lebanon and Syria's Bashar al-Assad, while attempting to secure influence in U.S.-occupied Iraq. Abdullah's statement provoked considerable controversy, with many pundits reacting to the king's statement with either ridicule, disbelief or both.

Twelve years later, Iran is no less invested in Hezbollah and Assad. But it also has achieved far more sway in Iraq than anyone apart from King Abdullah (certainly not the United States) ever anticipated. Iran's influence now also extends to the Houthis of Yemen, while it foments dissension, and possible insurrection, in Bahrain and Saudi Arabia's eastern province. Not surprisingly, the Saudis, facing Iranian subversion both on their border and inside their country, have one-upped the Jordanian king's characterization. They now speak in terms of a Shia "full moon."

It would not require Tehran to divert much if its newfound revenue significantly to increase its subversive activities and support for terrorism both inside and outside the Middle East.

Iran's support for Hezbollah costs something over a billion dollars annually, according to a top Israeli official who watches these developments as closely as anyone. Estimates of its support for Assad range anywhere from what the Obama administration has characterized as "a pittance," to some $6 to 8 billion as identified by UN officials and academic observers. Add to that perhaps another two billion provided to Iran's Shia allies in Iraq, Yemen, Bahrain and Saudi Arabia, and its total annual expenditures amount to some $10 billion. This is an amount it can easily double by drawing upon its newly unfrozen accounts, while still allowing it to pump at least $40 billion into its domestic economy.

Critics of the Iran deal have focused on the likelihood that Tehran will cheat its way to obtaining a nuclear weapons capability. They note that Iran is already guilty of minor violations of the agreement, without promoting a reaction either by the United States or its other negotiating partners. They also point to Iran's testing of medium-range missiles in contravention of a 2010 Security Council resolution, and observe that the sanctions imposed through the Obama administration’s response to Tehran's violation of that resolution were both slow in coming and limited in nature.

While these critiques should not be lightly dismissed, the financial implications of the agreement are likely to be far more threatening in the short and medium term. An increase in Tehran's aid to Bashar al-Assad, in the form of both military and economic assistance, will render it even more difficult to achieve an end to Syria’s civil war. More funding for Hezbollah will increase the threat from across Israel's northern border, adding to the likelihood of another conflict between the terrorist militia and the Jewish state. More financial support both for the Shia militias in Iraq, and for its backers in Baghdad, will further fractionate that bitterly divided country.

An increase in Iranian support for the Houthis will add to the growing strains on the Saudi budget, which may have to step up its operations in Yemen even as it faces declines in oil revenues, shrinkage of foreign reserves and massive deficits resulting from all-encompassing social programs. Finally, increased Iranian funding for the Bahraini opposition, which claims to speak for that kingdom's majority-Shia population, could lead to even greater instability that could cross the causeway that links the island to the Saudi eastern province, further aggravating Riyadh's security situation.

The Obama administration appears to be viewing all of these developments with a surprising degree of equanimity. As its imposition of a rather tepid new set of sanctions for Iran's missile violations indicates, it is reluctant to stanch the flow of funds to Tehran even in the face of blatant Iranian violations of international norms. Ayatollah Ali Khamenei, Iran's supreme leader, has asserted that his country will continue to pursue its missile development program. Instead of threatening new and more powerful sanctions, the administration's response has been largely muted. No wonder that Washington's erstwhile Sunni allies see a budding Iran-U.S. relationship that will relegate them to secondary status in the region while Iran recovers, or even expands upon, its pre-1979 preeminent regional status.

The United States can ill afford to alienate its longtime Arab allies. They have not forgotten Washington's treatment of President Hosni Mubarak, its long-term ally and keeper of the peace with Israel. Nor have they failed to notice that the America inspired the removal of Libya's Muammar el-Qaddafi, who had dismantled his nuclear program at Washington's behest. America led a coalition "from behind," ostensibly to prevent a humanitarian disaster. Yet Western intervention led to the complete dissolution of that country, with no end in sight to the wars among militias that hardly resemble humanitarian relief. The administration's seeming rapprochement with Iran may lead the Gulf Arabs once and for to all decide that they can no longer rely on the United States’ security umbrella.

Washington has long assumed that the Gulf states have nowhere else to go for their national security. For decades, that was a valid assumption. But with a resurgent Russia reaching out to states all over the Middle East, and China expanding its influence in the region as well, that assumption no longer may hold true. If it does not, other allies elsewhere in the world will also begin to question just how reliable an ally the United States really is.