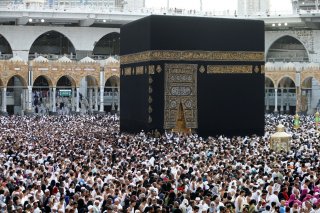 UNLIKE CHRISTIANITY or Judaism, Islam has never had a true reform movement. It certainly incorporates a variety of streams within both of its main Sunni and Shia branches. Nevertheless, none of these streams can be termed truly reformist. Many scholars have therefore argued that the absence of a true reform version of Islam has contributed to the difficulties Muslims have experienced in coming to terms with the modern nation-state, and in particular, recurrent outbursts of Muslim radicalism—most recently embodied by the likes of Al Qaeda, ISIS, Somalia’s al-Shabaab, and Nigeria’s Boko Haram. Jonathan Laurence summarizes this argument—which he rejects—in his thickly documented volume, Coping with Defeat: Sunni Islam, Roman Catholicism, and the Modern State, “much of the scholarship on Islam and politics today either implicitly or explicitly argues that Islam needs to undergo a Protestant Reformation style of political theology or asserts that such a development is intrinsically impossible.”

Laurence instead offers a novel thesis. He argues that the reemergence of Islamic radicalism is not due to the failure to reform Islamic theology as much as it is the result of Sunni Islam’s inability to come to terms with the disappearance of a central religious authority—the Turkish caliphs—and of subsequent nation-state oversight if not control of religion. He contrasts the Sunni experience with that of the Catholic Church which, he argues, was a temporal power like the Ottoman Empire, but unlike Sunni Islam, ultimately came to terms with its relegation—if that is the correct word—to that of providing spiritual leadership to millions over whom it did not rule.

LAURENCE DESCRIBES how the Catholic Church, long a force for political conservatism, if not reaction, having managed to survive theological attacks from Protestants as well as temporal attacks from the likes of Napoleon Bonaparte, found itself once again under assault from secularist governments, including, indeed especially, the forces of the newly formed Italian state. Ultimately, the church found it could no longer prevail and, in order to survive, accepted temporal jurisdiction over what became the tiny Vatican state, while reaching a modus vivendi with European governments that enabled it not only to survive but to thrive.

Nevertheless, as Laurence observes, it was only with the Second Vatican Council, popularly known as Vatican II, under the leadership of Pope John XXIII, that the church began to shed in a serious way many of the norms and prejudices that it had preserved even in the face of encroachment by secular governments. The American Catholic experience was a major factor in what emerged from Vatican II. Until 1908, the United States had been under the supervision of the Holy Congregation of Propaganda Fide, the office that the Vatican had established in 1622 that was “devoted to minority Catholic populations and missions to oversee the propagation of the faith.” By then, Catholicism had long become America’s largest religious denomination, and, perhaps as a result, American-born bishops had become increasingly restless under Rome’s efforts to maintain direct control of the American church’s activities. Moreover, bishops became increasingly prominent in American political society at the expense of the Vatican’s own representatives. Laurence points to James Gibbons, the first American-born member of the College of Cardinals, who maintained a close public relationship with both presidents Theodore Roosevelt and William Howard Taft: “By embracing the American cardinal over the Italian [nuncio], two US presidents endorsed the Americanist school that Gibbons represented.”

Protestant-led America initially was hostile both to the church and to the millions of Catholic immigrants, the preponderance of whom, like Gibbons’ parents, arrived from Ireland and southern and Eastern Europe. Because most Catholic immigrants settled in the cities and many urban Catholics discarded their faith to become socialists or, even worse, anarchists such as President William McKinley’s assassin, “the American city was the Catholic Church’s third modern nemesis, after Lutheranism and the nation-state.”

These developments, coupled with the growing independence of the American bishops, led the church finally to recognize that it could no longer exert the same degree of control over the American hierarchy, and that it needed that hierarchy to ensure the support of the American Catholic community. The American Catholic leadership became increasingly influential, to the point where, as Laurence points out, the American Jesuit priest John Courtney Murray “had considerable influence on discussions at Vatican II,” particularly regarding religious freedom. And Murray was hardly alone: “Half of all international experts invited to Rome came from the United States, in addition to 246 US bishops,” all of whom both accepted the notion of separation of church and state and, more generally, that of liberal democracy.

LAURENCE ARGUES that the Sunni Muslim response to the pressures on what had long been its central religious authority was entirely different. He asserts that until the Turkish Grand National Assembly voted on March 3, 1924, to terminate the caliphate, the Ottoman caliph commanded the loyalty of Sunni Muslims. Laurence then goes on to link the absence of a caliphate with the radicalization of Muslims who seek religious authority beyond that of national leaders whom they view, with considerable justice, as nothing more than employees of the state in which they reside or, in the case of European Muslims, of the state in which they once resided. He argues that younger Muslims are especially susceptible to Wahhabi and Salafi teachings. From there it is but a short jump to radicalization and a readiness to join the forces of groups like Al Qaeda and ISIS.

Without saying so explicitly, Laurence is postulating that the authority of the pope and that of the caliph were roughly similar in both temporal and spiritual terms, and that once their temporal rule was effectively extinguished, the church maintained its central spiritual role, if not control, while Islam lost both. Whether this view holds up under closer scrutiny is an entirely different matter. For a start, the caliphs were never recognized as infallible, as were the popes after the First Vatican Council of 1869–70. Moreover, Laurence himself quotes the last Turkish caliph’s assertion that his own role was quite different from that of the pope. Facing the loss of his temporal powers, Mehmet VI stated that “The Sultanate and the Caliphate are two complementary parts of a single whole … not like the Papacy.”

Laurence’s premise that the Catholic Church has been able to retain its spiritual authority even as its temporal territory has been reduced to the small confines of Vatican City is also unpersuasive. The church continues to lose followers. These include not only lapsed Catholics, notably in the United States and Western Europe, but also those who have joined Protestant Evangelical churches, especially in Latin America. Moreover, the church continues to be wracked by both scandals and internal fissures. Some Catholics have left the church as a result. Others view the church as either too conservative or as too liberal. The latest trigger in this decades-old battle was Pope Francis’ decision to severely restrict the right of priests to recite the traditional Latin Mass, which naturally upset traditionalists. His two predecessors were far more conservative, taking hardline stands on contraception and abortion that alienated many liberal Catholics in Western Europe and America.

At the same time, Laurence’s assertion that the absence of a centralized caliphate, such as that which existed with the Ottomans, is a major contributor to the radicalization of young Muslims who chafe under state-managed Islam also does not fully stand up to scrutiny. He rightly chooses to focus on Sunni Islam, to which about 90 percent of the world’s Muslims adhere. But he does not address all Sunnis or even all states with Sunni majorities. In doing so, he creates a major analytical void.

LAURENCE’S RESEARCH, including his numerous interviews and observations, is almost entirely restricted to four Muslim states: Turkey, Morocco, Algeria, and Tunisia. Laurence goes into considerable detail to delineate how each of the four Muslim states not only has sought to replace the caliphate with its own version of state-managed Islam, but also has sought to export that version to its nationals who have emigrated to Europe. There actually are profound differences between state-managed Islam in Morocco and its counterparts in Tunisia, Algeria, and Turkey. Islam in Morocco is led by the king, a direct descendant of the Prophet Mohammed; his title, Emir al-Muminim, which translates as Commander of the Faithful, is virtually unmatched in the Muslim world. His family has continuously ruled Morocco, whether directly or under a French protectorate, since the eighteenth century. The other two North African states have been led by secular rulers since they achieved independence from France, while Turkey likewise has been a nominally secular state since the fall of the sultan and his removal as caliph a few years later. The vast majority of Sunnis in the three North African states follow the Maliki branch of Islam; most Turkish Sunnis belong to the Hanafi branch, both of which are far more moderate than Salafism.