Janet Yellen and the Return of the Bond Vigilantes 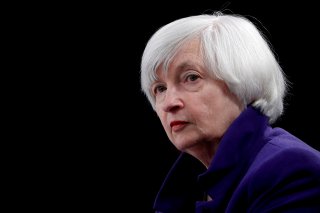 While serving as Bill Clinton’s political advisor, James Carville famously remarked that if he were ever to be reincarnated he would like to come back as a bond trader. By this, he meant that he would like to wield the great power that Wall Street bond traders do over policymakers when they make wayward economic policy decisions.

With Janet Yellen now embarked on an overly expansive budget policy course, and with U.S. government bond bears now coming out of hibernation, it will likely not be long before Yellen experiences the full force of James Carville’s wise remark.

This would seem to be especially the case considering that Yellen is engaging in her budget experiment at a time that the world is experiencing an everything asset and credit market bubble of epic proportions. It also does not help that the bubble is premised on the assumption that U.S. interest rates will stay ultra-low forever.

Signs that the bond vigilantes are coming out of the woodwork appear to be in plain sight. Since January this year, when the Democratic Party gained control over the Senate, 10-year U.S. government bond yields have increased by some 50 percent to around 1.4 percent—their highest level in the past two years. Meanwhile, the market now expects inflation over the next five years to average 2.1 percent a year, which would be above the Federal Reserve’s inflation target.

The bond vigilantes are coming out of the woodwork because they fear that the passage of Joe Biden’s proposed $1.9 trillion budget stimulus would almost certainly result in rising inflation later on this year. In this respect, they share Larry Summers’s view that—especially coming on top of the December 2020 $900 billion bipartisan budget stimulus—the Biden stimulus is far too large in relation to the estimated amount by which current U.S. output is falling short of its potential level.

The bond vigilantes also seem to be fazed by the fact that at the same time that the United States would be engaging in massive budget stimulus, it would also be experiencing unusually easy monetary policy conditions courtesy of the Federal Reserve. It seems to be a particular market concern that over the past year the U.S. broad money supply has grown by some 25 percent.

The return of the bond vigilantes would be coming at a most dangerous time for the U.S. economy, in that it would be occurring at a time during which the world is experiencing an everything asset and credit market bubble. It is not simply that today’s U.S. equity valuations are at lofty levels last seen on the eve of the 1929-stock market crash—it is also that very risky borrowers, especially those in the emerging market economies, can raise money at interest rates not much higher than those at which the U.S. government can borrow.

Today’s global everything bubble is premised on the assumption that U.S. interest rates will remain indefinitely at their currently ultra-low levels. A real risk of the Biden stimulus proposal is that it could force long-term U.S. interest rates to rise as inflation fears put the wind in the bond vigilantes’ sails. As in the past, rising interest rates could prove again to be the trigger for the bursting of today’s everywhere bubble.

It would be a mistake to underestimate the potential U.S. and global financial market fallout from the bursting of today’s everywhere bubble. This would particularly seem to be the case considering how much more pervasive and larger today’s bubble is than was the 2008 U.S. housing and credit market bubble.

In 1981, French President Francois Mitterrand was forced by a large-scale market sell-off to make a humiliating and abrupt U-turn from his overly progressive economic policy agenda. If Joe Biden wishes to avoid the same fate, he would do well to scale back his $1.9 trillion budget stimulus proposal to a level that would not be perceived as posing a real inflationary threat to the U.S. economy.