Larry Hogan for President in 2024? 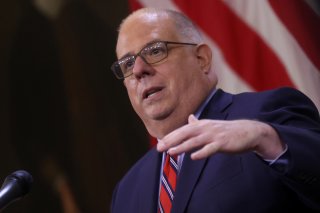 Maryland Gov. Larry Hogan (R) insisted that the Republican Party must carve a new course moving forward in a video released Monday, a move that’ll likely boost speculations for a 2024 White House bid as rumors regarding his candidacy have already begun to flourish.

The video, made public by his national advocacy organization, An American United, is derived from a speech he gave at the Ronald Reagan Presidential Foundation and Institute on Nov. 16, alerting members of the GOP of a brutal and eroding future if unity isn’t restored within.

“We are once again at a time for choosing,” Hogan said in the video. “Are we going to be a party that can’t win national elections or are we willing to do the hard work of building a durable coalition that can shape our nation’s destiny.”

The Maryland governor added, “I’m a guy that tells it like it is. So here’s a truth that our party needs to hear: No one will listen to our message if they don’t believe that we’re listening to them.”

Hogan also referred to his work as the chairman of the National Governors Association during the early months of the coronavirus pandemic, where he labeled Congress as “playing politics” during a time of public health turmoil, while “we pulled together governors from all across the nation.”

At one point, he dubbed himself as “one of the most popular governors in America.”

The nearly three-minute-long video will likely ignite speculations over a potential 2024 presidential campaign, as Hogan has been floated as a top contender, along with Vice President Mike Pence, as well as President Donald Trump.

But Benjamin Ginsberg, a professor of political science at Johns Hopkins University, noted that although Hogan “is certainly considering his political future,” he may “find it difficult” to succeed on a GOP campaign trail with several other Republican candidates.

“Many Republicans are thinking about the 2024 presidential contest but by that time Hogan will find it difficult to get attention as a former governor in a crowded field of sitting senators and governors,” Ginsberg said. “Moreover, Hogan is a moderate in a party that has shifted sharply to the right so his chances for the GOP's presidential nomination seem bleak.”

Trump has hinted of running for president again in 2024, an idea that’s put GOP presidential prospects in a swirl of nerves, as the president possesses a widespread influence over the party and voters.

Hogan has repeatedly been a forceful critic of Trump, especially during the pandemic that’s built a duo of crises, leaving nearly fifteen million Americans infected with the virus and posted a double-digit unemployment rate in the spring. The Maryland governor publicly touted the idea of running a primary challenge to Trump last year, a notion that was ultimately withdrawn.

While Hogan has refused to rule out a presidential run in the future, allies close to the governor suggested he has not made a final decision about his White House candidacy after serving in public office in Maryland.

With a probable seething competition on the primary field in 2024, Ginsberg speculated a senate race run.

“Maryland will elect a senator in 2022, and Hogan has proven that he is very popular and competitive in this very blue state. I suspect that Hogan is emphasizing his moderate credentials in preparation for a senate race,” Ginsberg said.

Hogan was elected as governor in 2014 and then again in 2018, so he is not eligible to run a third time in-a-row in 2024, opening up a slew of political opportunities on Capitol Hill or in the White House.

“I for one refuse to give in and accept that anger has taken the place of the common good. I refuse to give up and accept that the best days of the GOP and of America are a thing of the past,” Hogan said in the video. "I come from the get-to-work and get-things-done school of politics, and I'll work with anyone who wants to do the people's business."