Machiavellian Lessons from the Saudi and Russian Assassination Debacles 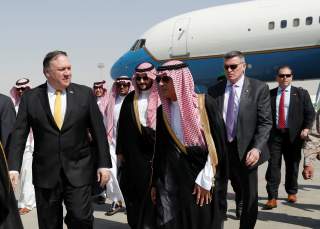 Some five centuries ago, Niccolo Machiavelli offered unsolicited counsel aimed at helping rulers to navigate the cruel and unforgiving world of statecraft. His advice in The Prince was particularly striking coming from a man who had been banished from his native Florence and imprisoned and tortured for his politics: rulers should seek to be feared more than loved, and they often must look beyond the standards of traditional morality in the interest of securing power and ensuring broader stability for the state. “The way men live is so far removed from the way they ought to live,” he cautioned, “that anyone who abandons what is for what should be pursues his downfall rather than his preservation.” Individual citizens were free to prioritize personal virtue over the needs of the state; a prince, however, was not.

Whether or not Russian president Vladimir Putin ordered the chemical attack on Sergey Skripal or Saudi crown prince Mohammed bin Salman sent a hit-squad to assassinate Jamal Khashoggi, these rulers clearly share Machiavelli’s view of politics as a harsh and often deadly battleground, and they have not hesitated to employ brutal tactics in Chechnya, Saudi Arabia’s Eastern Province, and elsewhere. In their eyes, human nature and the fundamentals of the anarchical international system have not changed since the time of Machiavelli, and crushing one’s enemies without remorse is often a necessary part of effective governance regardless of a ruler’s personal preferences.

A modern Machiavelli would not dispute their basic view of contemporary politics and the international system. But the world has changed in other ways since the sixteenth century that have profound implications for today’s “princes” as they seek to acquire, preserve and exercise power. What advice might a twenty-first century Machiavellian derive from the headline-grabbing assassination debacles surrounding Russia and Saudi Arabia?

To start, the modern Machiavellian would not reject the concept of state-sponsored assassination in principle. There are times, he might argue, when the demands of state security require it, as unsavory as the act might be. Israel and many other modern states have not shied from such operations when necessary. Even the United States, a country that has long prided itself on applying liberal values to its foreign policies, has employed targeted killings as a counterterrorist tool. And in a world where one man’s terrorist is another man’s freedom fighter, the line separating what is morally justified from what is morally heinous is blurrier than many would like to think.

Nonetheless, covert operations in the age of sophisticated surveillance systems and social media are much harder to pull off than at any time in human history. Not long ago, intelligence organizations could create viable cover stories for covert officers, send them overseas under alias, and have them operate more or less in secret. In a world where nearly everyone has online digital histories, however, cover stories become problematic. The increased use of biometric tracking systems in airports and train stations around the world makes traveling under alias a greater challenge. Increasingly, even modestly sized cities across the world are blanketed by video surveillance systems that track movements on every square foot of cityscape, and facial recognition software makes disappearing into obscurity a challenge. The proliferation of smartphones has turned citizens around the world into amateur photojournalists documenting events. As the Khashoggi and Skripal affairs demonstrate, chances are good that assassination operations will be exposed publicly.

Accompanying this high risk of exposure is the fact that public tolerance for killing civilians is lower than in the past. In Machiavelli’s time, it was generally understood that politics could be a bloody affair, and publics cared more about whether a ruler delivered security and prosperity than whether he lived up to general ideals of personal virtue. Today, even non-Western publics are less willing to turn a blind eye to political killing. The growing rejection of such actions is in part a function of the gradual though uneven spread of liberal values from the West to other political cultures, and in part reflects standards created by new technologies that allow more precise targeting of military personnel and facilities with reduced collateral damage to noncombatants. Popular opposition to the Skripal and Khashoggi operations stems less from anti-Russian or anti-Saudi prejudices than from genuine revulsion at horrifying crimes that demand denunciation and punishment.

When such operations are exposed, denying them and making counter-accusations only exacerbates your problems. When the Saudi and Russian governments flatly denied any connection to the Khashoggi and Skripal events and resorted to far-fetched and inconsistent conspiracy stories to deflect blame, it only reinforced suspicions that that their leaders ordered the operations. In the court of world opinion, the governments involved looked not only evil, but incompetent. This magnified the damage created by the original action.

Finally, in a globalized business and information environment, tactical operations can have damaging strategic implications. Rulers may regard covert operations as “spy games” aimed at handling national-security threats the public cannot understand and should not interfere in. But the media, travel, business and banking worlds may well decide otherwise. Important contracts, partnerships and investments may be lost with or without prompting from foreign governments. There is little that a ruler can do to insulate his country from the whims of those international flows without also cutting off his country from the primary drivers of economic growth and prosperity in the twenty-first-century world. A wise ruler will consider the broader strategic implications of tactically-driven assassinations before embarking on such ventures. And foreign governments weighing policy responses to killings must consider not only their justifiable moral outrage in punishing such actions but also the potential impact that ruptures in strategically important relationships might have on critical national interests.

Even in the twenty-first century, there are times when assassinations will be deemed necessary for acquiring and preserving power and safeguarding security. The price to pay for such operations has grown steeper and less avoidable, however. A ruler should resort to this kind of action only in the rarest and most vital circumstances. In this context, the Machiavelli of 2018 might say, gratuitous political killing is worse than a crime—it is a mistake.