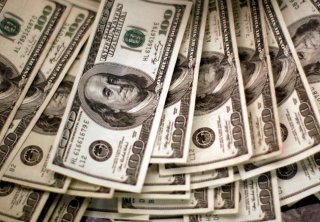 A majority of registered voters think President-elect Joe Biden should focus on issues relating to tackling the coronavirus pandemic and a strained economy during his first 100 days in the White House, according to a new poll released Wednesday.

Among potential early priorities for Biden, 66 percent of voters said “COVID-19 relief legislation” should rank as a top priority for the incoming president, with other leading items including containing the spread of the virus, devising a cohesive vaccine distribution plan and stimulating economic recovery, as reported by a Politico-Morning Consult poll.

The majority of both Democrats and Republicans said another stimulus bill should have weight during Biden’s first one hundred days, at 78 percent to 53 percent.

But talks between House Speaker Nancy Pelosi (D-Calif.) and top White House negotiators have been on and off for months, with the Democratic House passing two multi-trillion-dollar proposals—both rejected by top Trump aides and Senate Republicans. Treasury Secretary Steven Mnuchin shot back with a GOP counter-offer of a $1.8 trillion package that embraced some Democratic provisions but that also got blocked.

With Congress presenting no signs of progress, more small businesses have permanently shuttered, millions of Americans filed for unemployment and families fell below the poverty line as the CARES Act relief dried out.

Economists are pushing Congress to take action to aid Americans who are suffering from the economic impacts of the pandemic.

“It is very urgent. Not only do a number of current programs expire at the end of the year, support for small businesses dried up a while ago and state and local governments never really received the support they needed in the first place,” Stan Veuger, economist and resident scholar in economic policy studies at the American Enterprise Institute, said.

Veuger co-wrote a report that “estimated that state and local governments face a revenue shortfall of $240 billion during the current fiscal year.”

“The virus has forced businesses to lose money, lay off workers, and too often, close. The government’s role is effectively ‘borrow from the future’ in order to help these affected people and businesses. The problem with the approach thus far is that this type of support is more difficult to provide because the government keeps wasting money sending checks to people based on their income (not whether they were impacted by the shutdowns),” Wayne Winegarden, an economist and senior fellow in Business and Economics at the Pacific Research Institute, said.

Winegarden suggested that Congress should stop viewing the bill as legislation that requires a “set dollar amount of spending,” as this is unlike any other recession. He also noted that congressional leaders should reallocate the trillions of dollars in funds from previous stimulus bills that haven’t been disbursed or committed yet.

“The most urgent action Congress can take is to reallocate these funds to focus on the people who are struggling and require the relief now. In short, the longer people on the edge have to wait, the harsher the costs they must bear, and the longer-lasting the damage will be. So, waiting until January (likely February) for the Biden administration to take office will clearly unnecessarily increase the costs,” Winegarden added.

Sixty-nine percent of registered voters who participated in the poll also think that controlling the deadly disease should be a priority, and 67 percent said the same about a vaccine distribution plan. Registered voters were allowed to select multiple issues when voting for what should be prioritized during Biden’s first one hundred days in office.

Biden has advocated for bipartisan negotiations for several weeks, emphasizing that relief is pivotal in combating the deadly disease.

“The refusal of Democrats and Republicans to cooperate with one another is not due to some mysterious force beyond our control. It’s a conscious decision. It’s a choice that we make,” the former vice-president said earlier in the week. “If we can decide not to cooperate, then we can decide to cooperate.”

The Politico-Morning Consult poll conducted from Nov. 13 to Nov. 16 surveyed 1,992 registered voters, with a margin of error of 2 percentage points.