The Many Problems of the Perplexing Palestinian Peace Process 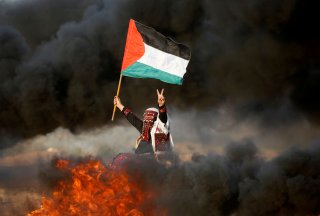 During the May conflict between Hamas and Israel, it was Egypt, not the United States, that mediated a truce on May 21. Egypt’s diplomats succeeded in negotiating an end to the fighting by taking advantage of its political and cultural ties with Hamas, and its close diplomatic relations with Israel on security in Sinai and the region. U.S. media highlighted the Biden administration’s role but the reality is that Egypt with support from Arab allies got the job done.

The United States was involved but from the sidelines, quietly urging Jerusalem to find a way to stand down. The United States and Hamas have no diplomatic common ground which could facilitate an American role. Hamas rejects the Oslo Accord, refuses to recognize Israel, adamantly opposes any two-state solution, and calls for Israel’s elimination and replacement by an Islamic state. Women’s rights in Gaza are fraught. Unmarried women may not even travel abroad unless accompanied by a male family member. The United States designated Hamas a terrorist organization years ago and has sought to isolate the organization with the ultimate goal of its removal from power.

A significant complication for the peace process is that Hamas automatically became a major factor in any across-the-board Palestinian peace solution when it took control in Gaza by ballot box in 2006. More than two million Palestinians live in Gaza. The election between Hamas and the more secular Fatah had been supported by the George W. Bush administration notwithstanding Israeli warnings about the wisdom of having a voting contest that could give governing control to a radical Islamist organization. (The Israelis reminded the United States that Hitler was also first brought to power in an election.)

U.S. relations with the Palestine Liberation Organization (PLO), which controls the West Bank and consists of more than 2.7 million Palestinians, are better but not by much. The United States has had an on-and-off diplomatic relationship with the Fatah-controlled PLO since the 1993 Oslo Accord, which was largely achieved by Norwegian efforts although it was ceremoniously signed in Washington. The Oslo Accord seemed a breakthrough at the time, but one that has never found the Holy Grail of establishing a separate Palestinian state alongside Israel. Relations reached a nadir in the Trump administration when the United States recognized Jerusalem as Israel’s capital. The U.S. embassy was moved from Tel Aviv to Jerusalem. The United States recognized Israel’s annexation of the Golan Heights and it closed the PLO consulate in Washington as well as the U.S. consulate for Palestine in Jerusalem. Secretary of State Antony Blinken recently met the head of the Palestinian Authority, the eighty-five-year-old Mahmoud Abbas, to try to patch things up but the relationship remains inevitably difficult given the U.S. strategic relationship with Israel. The Biden administration will certainly not be able to roll back all the steps taken by its predecessor in a bid to improve the U.S. relationship with the PLO.

While not as extreme as Hamas, the Fatah controlled Palestinian Authority on the West Bank careens between reluctant, vague acceptance of some kind of two-state solution, to outright hostility to the existence of any Jewish state. Another problem is the corruption of Fatah and PLO governance in the West Bank. It continues to maintain its sclerotic grip on authority after fifteen years with no election, led by the aging Abbas who is also believed to have somehow amassed for himself a fortune of about $100 million. To top off the picture, Hamas and Fatah are antagonists competing for control over the Palestinian voice. One of the reasons that there have been no Palestinian Authority elections in the West Bank over the past decade is because Fatah is afraid that Hamas might win there as it did in Gaza.

Once again, it has been Egypt that has quietly worked over the years to foster Arab reconciliation between Fatah and Hamas, recognizing that permanent peace with Israel ultimately requires a united approach among Palestinians. And once again, the United States has had no central role to play. Egypt is in a much better position than the United States, culturally and strategically, to act as a good-faith mediator between these Arab factions. As recently as June 8, Cairo hosted another round of meetings with the Palestinian leadership to further shore up the Gaza truce and to continue to try to build a coherent working relationship between Fatah and Hamas.

Times have changed. During the Cold Wars years and late twentieth century, the United States was the main player bringing the disputing Arab nation-states (not competing factions) and Israel together. In fact, the United States took the lead in mediating the Camp David Accords between Egypt and Israel in 1978, followed by the successful U.S.-led negotiation of another treaty between Israel and Jordan in 1994.

Today, the American ability to play that kind of role has plummeted. The divisions are no longer primarily between nation-states. The splintering of the Palestinian movement into political rivals, none of which really have normal diplomatic relations with the United States, has significantly hampered a constructive U.S. role. Technically, the United States does not recognize the State of Palestine. It does acknowledge the PLO as a representative of the Palestinian people. It also recognizes the Palestinian National Authority as legitimately governing Palestinian territories. The United States has nothing to do with Hamas. The challenge of working through these different diplomatic relationships with non-nation state actors is compounded by the reality that U.S. diplomats simply have no real cultural, historical and linguistic connection to the Palestinian people.

The United States has to swallow its great power pride and come to the realization that Egypt and other moderate Arab states are in a better position than Washington to work with Israelis and Palestinians to find an ultimate solution. The Abraham Accords, combined with Israeli and Arab shared concerns over Iran, make the logic of greater Arab leadership even more compelling. It is not uncommon for Israeli and Arab diplomats to observe wryly that in many respects their mutual relations are better than their individual ties with Washington.

During the first half of the twentieth century, imperial Britain wrestled with the Palestinian conflict but eventually gave up in recognition of changing times and declining power and influence. The United States is coming to the same historical juncture even if it remains the world’s top global power. As hard as it might be to accept, the baton of leadership to find peace in that part of the world must be passed from Washington and the West to the players who have been dealing with one and other for millennia. The United States must take a step back, diplomatically support regional friends—particularly in dealing with Iran—and accept evolving historical and cultural realities.