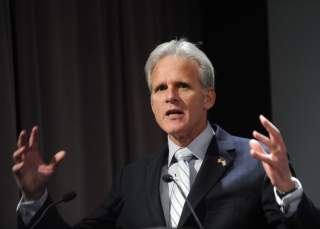 MICHAEL OREN’S Ally, which offers his account of his four years as Israeli ambassador to the United States, has certainly caused a stir. The Times of Israel has published twenty “revelations” emerging from his book, ranging from trivial tidbits about his family, to biting critiques of President Barack Obama and his administration’s policy toward Israel, to claims that the idea for a U.S.-Russian arrangement for the disposition of Syria’s chemical weapons originated with then international-relations minister Yuval Steinitz. (Steinitz subsequently acknowledged his role but said that Israel had preferred not to reveal it; one might ask why Oren chose to do so.) In a series of prepublication interviews and articles, Oren has sharpened his criticism of the president and his team—his article in the Wall Street Journal was entitled “How Obama Abandoned Israel,” and a poll revealed that 49 percent of Israelis agree with him that Obama is mostly responsible for the recent damage to U.S.-Israeli relations.

Oren is an accomplished historian who writes with style and grace. Not surprisingly, his account of his years as Israel’s ambassador to Washington from 2009 to 2013 is as engrossing as it is readable. But Oren has also been a spokesman for the Israel Defense Forces (IDF), and his account often resembles a spokesman’s press briefing. His aim is not merely to enlighten but also to convince: as he reiterates numerous times throughout the course of his memoir, he seeks the rapid closure of the rift between the two allies so as to preserve their “special relationship.” Yet the “divide” in the book’s title arguably has widened as a result of its publication.

Contrary to Oren’s assertion, Israel’s relationship with the United States is not special in the sense that the Anglo-American alliance is special. Rather, it is unique. Ever since the 1967 Six-Day War, superpower America has certainly been tiny Israel’s staunchest ally, even when it has differed sharply with the Jewish state over the disposition of the territories that Israel conquered in that war. More recently, while the two countries have also diverged over the question of how best to prevent Iran from obtaining nuclear weapons, Washington has been unstinting in providing Israel with the military weaponry and know-how to deter, if not eliminate, any Iranian threat of an attack.

Oren acknowledges American magnanimity, even under Obama—how can he not?—but goes much too far in characterizing the ties between the two countries. As if somehow trying to browbeat his reader into believing that there is no country closer to the United States than Israel, he asserts that the Israeli-American relationship is “the world’s most precious alliance”; that the relationship is the “deepest bilateral friendship that either has sustained since Israel’s founding in 1948”; that Israel is America’s “unconditional” friend; that Israel is “America’s ultimate ally”; and that the ties between the two countries are “immemorial.” Surely the ambassador doth protest too much.

No one could deny that the relationship with the United States constitutes the “most precious” alliance for Israel, that America is Israel’s “ultimate” ally or that, for Israel, its ties to America are the “deepest” ones it has with any other state. But that feeling is not really shared on the American side, and for good reason.

No Israeli has ever fought and died alongside American forces. Ever since World War I, British, Australian and Canadian troops have done so time and again. The forces of many other states, from France and the Netherlands, to Poland and Estonia, to South Korea, likewise have stood shoulder to shoulder on the battlefield with their American counterparts. On the other hand, Israel has never been part of any American “coalition of the willing.”

Oren’s assertions would surely come as news to the British, Australians and Canadians, among others. Israel does not come close to the level of intelligence sharing that these states have with America. The magnitude of its trade does not match that of many other states—which comes as no surprise, given its small size. Its cultural exchanges likewise do not match those America has with other countries; for example, Israel ranks only seventeenth among states hosting Americans studying abroad.

Finally, Oren’s own words belie his oft-repeated claim that Israel is a reliable ally. Israel’s continuing construction of settlements—many of which are now large towns, even cities—in the face of American opposition hardly constitutes reliability. If, as Oren argues, it is the Iranian nuclear program that most threatens Israel’s security, and even its existence, then peace with the Palestinians should be a secondary matter. As such, and given the Israeli-Palestinian issue’s importance to Washington, to Europe—with which Israel has major economic ties—and to the Sunni Arab states that Israel increasingly sees as its natural allies against Iran, Jerusalem could have been, and could still be, far more forthcoming in taking steps to revive the two-state solution that is its only hope for true security.

IN THAT regard, it is puzzling that Oren, who claims that he supports such a solution, devotes but two paragraphs of his nearly four hundred pages to the Arab Peace Initiative, launched by the late King Abdullah of Saudi Arabia, and virtually ignored by Israel until only the spring of this year. Oren acknowledges that Israel “could have done more” to respond to the initiative. He offers a surprising explanation for Israeli indifference toward what surely was a groundbreaking offer: “Obama was fixated on [a settlement] freeze.” He also asserts that Prime Minister Benjamin Netanyahu was hamstrung by right-wing pressure, but makes no effort to criticize those who exerted that pressure. Indeed, he has very little to say about either the settlers or the political obstacles they continue to pose to the achievement of any sort of settlement with the Palestinians.

Oren is nothing short of disingenuous when he states that the “prime minister has no more authority to freeze building in Jerusalem than a U.S. president has to stop construction in Chicago.” Equally disingenuous is Oren’s assertion that the coincidental issuance of building permits just as leading American officials, notably Vice President Joe Biden, were in Israel somehow took place without Netanyahu’s knowledge. Permits for construction are issued by ministries of the central government, headed by none other than Netanyahu. Israel has neither the same separation of powers nor the same division of powers as the United States. Surely, the first time an American official was embarrassed by such Israeli behavior, Netanyahu, powerful prime minister that he is, could have ordered that such an incident should never be repeated. Indeed, he could also have made clear that anyone issuing such permits in advance of a visit by a senior American without his express permission would be removed from his post. There is no evidence that Netanyahu ever issued such a directive, or even contemplated doing so.

Oren recounts his claim to then deputy secretary of state Jim Steinberg that “the outpost problem”—the creation of new hilltop outposts on Palestinian land—“could only be solved within an overall peace agreement.” Even with hindsight, he neither modifies nor disavows this position. Yet this assertion strains credulity in the face of both Israeli Supreme Court rulings and IDF operations to remove a number of these outposts.

Finally, Oren is too clever by half when he writes that America benefits from the huge sums it gives Israel in military aid because “roughly 75 percent of these funds were spent in the United States, stimulating its economy and creating tens of thousands of jobs.” In fact, whereas the overwhelming majority of military sales are paid for with the local resources of purchasing countries, and therefore bring foreign money into the American economy, sales to Israel effectively give America back its own dollars. Moreover, Israel only returns three-fourths of that money; it is virtually the only country that is permitted to spend American security-assistance dollars on its own indigenously produced defense items.

OREN’S PENCHANT for hyperbole is not limited to his statements regarding the nature of the U.S.-Israeli relationship. Readers will be surprised to learn that, based on the replies of some students at Harvard in 2006, Oren concludes that Edward Said’s Orientalism had become the “single most influential book in the humanities.” He does not indicate who those students were, with how many students he had discussed Said’s book or how he could possibly know that what some unspecified number of students at Harvard believed mirrored the attitudes of thousands of other students around the United States.

He asserts that the Obama administration is “staffed in no small measure by former journalists.” His revelation will come as a surprise to the leadership of the State and Defense Departments and, for that matter, the staff of the National Security Council. Wrong-headed some of their policies might be, but journalists they are not.

Oren’s inclination toward exaggeration even extends to his youth, when he was known as Michael Scott Bornstein and lived in West Orange, New Jersey. He may well have suffered from anti-Semitism at West Orange Mountain High School, but to assert, as he does, that he grew up in “WASP-dominated America” is a bit much, given that such dominance virtually collapsed by the late 1960s, when Oren was barely a teenager.