The Mueller Hearing: Learning Nothing and Forgetting Nothing 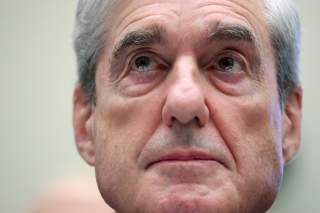 Here we go again. The Mueller report was released months ago, subjected to forensic scrutiny, and ultimately ended up being a damp squib for those who reckoned that it would bring down the Trump presidency. Today’s hearings on Capitol Hill were a reprise as a reticent Robert Mueller, after months of refusals and negotiations, testified before two different House committees, the first led by Rep. Jerry Nadler (D-NY), the second by Rep. Adam Schiff (D-CA).

Democrats tried to elicit direct condemnations from Mueller of President Donald Trump. They failed. Meanwhile, Republicans sought to ask the questions that have largely gone unasked. What were the origins of the FBI investigation? Why was Trump targeted? Mueller remained silent, repeating ad nauseam that such questions were either beyond his “purview” or “outside my jurisdiction.” Mueller, who has spent a lifetime grilling witnesses, proved a singularly recalcitrant one himself, offering a master class in how to evade questions.

Since the report’s publication, the former prosecutor made it clear that during congressional testimony he would not answer questions separate from the final report. That extended to the actions of the attorney general and of Congress since its publication, ongoing investigations, the origins of the FBI investigation that predated his appointment, evidence against the Internet Research Agency (which he indicted), or the context of the Steele dossier. At times his refusals extended to repeating answers to questions asked earlier in the testimony.

Mueller, who in two weeks will turn seventy-five years old, often had trouble hearing and understanding questions asked of him. His opaque answers ranged from single words like “yes,” “true,” and “correct,” to repetitious statements like “I would direct you to the report” or “I’m not getting into that.” His refusal to answer pertinent questions directly related to the content of his report bordered on being purposely obtuse.

After hours of testimony, Democrats gained very little ammunition against Trump. The only real gem was when Mueller told Rep. Ken Buck (R-CO) that Donald Trump could be indicted for obstruction of justice after he left office. He remained sure of this legal interpretation through repeated questioning.

What should have been a win for congressional Democrats ended in further obfuscation. Mueller confirmed to Rep. Ted Lieu (D-CA) that the Office of Legal Counsel’s department policy against indicting sitting presidents was the reason Trump was not already under indictment. Rep. Debbie Lesko (R-AZ) pointed out the contradiction to Mueller, who had previously said in a cowritten statement with Attorney General William Barr that there were reasons besides OLC policy that Trump was not indicted. Later, during his opening statement to the House Intelligence Committee, Mueller said he did not agree with how Rep. Ted Lieu phrased the question, and that the investigation did not determine if the president had committed a crime. Mueller’s confusion left public understanding worse for wear.

Republican congressmen sought to ask Mueller about the bizarre, unexplained origins of the investigation, which he refused to illuminate.

Rep. Jim Jordan (R-OH) interrogated Mueller about Maltese professor Joseph Mifsud, the international man of mystery who the investigation would have us believe is the inception point for the whole Trump-Putin espionage conspiracy. “I can’t get into that,” Mueller told Jordan, when asked if he interviewed Mifsud, if the professor was involved with either Russian or western intelligence, or why he wasn’t indicted if he lied to the Special Counsel as Mueller believes he did. Mifsud disappeared in fall 2017 and is presumed to be living under a false identity.

The Steele dossier, composed by former British intelligence agent Christopher Steele and funded by Trump’s domestic opposition, was one of the most frequently cited and shared pieces of evidence during the course of the investigation. It has since been debunked. When asked about the dossier by Rep. Matt Gaetz (R-FL), Mueller said he couldn’t answer because the most popularized piece of collusion evidence went “beyond my purview.” When pressed, Mueller said the Steele dossier was being investigated elsewhere by the Department of Justice.

Rep. Tom McClintock’s twin questions to Mueller, and his inability to answer, opened further gaps in his final report.

Multiple Democrats, with so many stand-ins already knocked down, propped up Paul Manafort’s handing of internal polling to Konstantin Kilimnik as evidence of collusion. Rep. Zoe Lofgren (D-CA) equated Kilimnik with “the Russians,” while Rep. Sheila Jackson Lee (D-TX) called him a “Russian operative.” McClintock brought to Mueller’s attention to recent reporting that showed Kilimnik was an intelligence source for the U.S. State Department. “I’m not going to get into the ins and outs of what we had,” Mueller told him.

Furthermore, McClintock mentioned District Court Judge Dabney Friedrich’s order that Robert Mueller stop referring to the Internet Research Agency as acting on behalf of the Russian government. While not offering an opinion one way or the other, Judge Friedrich did conclude that Mueller’s indictment did not contain enough evidence to reach that scope of accusation. The legal case, being fought by IRA owner and Russian oligarch Yevgeny Prigozhin, is ongoing. When confronted about this, Mueller refused to comment. “I don’t think you’ll review a report that is as thorough, as fair, as consistent as the one in front of us,” he said, defending his work.

Several congressmen, including Reps. Kelly Armstrong (R-ND) and Mike Johnson (R-LA) questioned Mueller about political bias in his team, which Trump referred to as “his band of 18 Angry Democrats.” Their worries originated with staff member’s donations and associations with Hillary Clinton’s presidential campaign. Defending the ethics of his team and his efforts to “swiftly” eliminate any overt political actors seemed to be the only thing that stirred the former Special Counsel out of his unsteady, anesthetized state.

In a prepared statement, Schiff indicted Trump. His statement could hardly have been more sweeping: “Disloyalty to country. Those are strong words, but how else are we to describe a presidential campaign which did not inform the authorities of a foreign offer of dirt on their opponent, which did not publicly shun it, or turn it away, but which instead invited it, encouraged it, and made full use of it?” But even Schiff conceded that the behavior he was describing may not have been criminal.

Nor did he or any of the other representatives dwell upon America’s own past conduct, which not only includes meddling in Russia’s elections but elsewhere. The involvement of America in Russian elections after the fall of the Soviet Union, including efforts by former vice-president Joseph Biden to pressure Vladimir Putin not to run again, have left a sour taste in Moscow. The thirst for payback was strong. Add in Hillary Clinton’s gratuitous potshots at Putin, coupled with American actions during the Orange revolution in Ukraine, and you had a toxic recipe that Yevgheny Prighozin’s “kitchen” in St. Petersburg at the Internet Research Agency was only too happy to cook up. But Schiff and others were not prepared to dwell on the American side. Instead, they engaged in a prolonged exercise in high moral dudgeon.

The hearings may have produced much thunder but it produced little light. Impeachment looks to be dead in the water, as House speaker Nancy Pelosi keeps resisting it. The election season has begun. The Russian conspiracy will fade into the rearview mirror even as new controversies over race come to dominate the 2020 election. The hearings today weren’t the opening shot of a move to topple Trump from the presidency over his ties to Russia, but a last hurrah for those wedded to the belief that Moscow almost single-handedly elected Trump to the presidency.