A New Attack on Robert Mueller 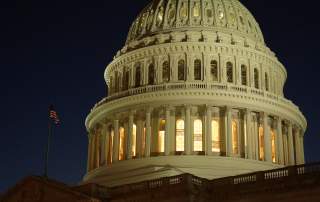 But critics of Mueller are dredging up problematic episodes from his long career in public service.

First, right-wing critics and some on the left are pointing to Mueller’s categorical testimonials to Congress in the lead-up to the Iraq War. “Seven countries designated as state sponsors of terrorism—Iran, Iraq, Syria, Sudan, Libya, Cuba and North Korea—remain active in the United States and continue to support terrorist groups that have targeted Americans,” Mueller told Congress in February 2003. “As [then CIA] Director Tenet has pointed out, [then] Secretary Powell presented evidence last week that Baghdad has failed to disarm its weapons of mass destruction, willfully attempting to evade and deceive the international community. Our particular concern is that Saddam Hussein may supply terrorists with biological, chemical or radiological material.”

The clip of those remarks has been played on Breitbart News radio, and other conservative outlets, in recent days as means to discredit Mueller and, implicitly, call into question the reliability of U.S. intelligence.

The criticism of Mueller is being echoed in outlets like The Intercept and with writers like Glenn Greenwald, as well as politicians like Sen. Bernard Sanders and his staff. “No, Robert Mueller and James Comey aren’t heroes,” retired FBI Special Agent and former Minneapolis Division legal counsel of the FBI Coleen Rowley wrote in the Huffington Post in June, detailing their support for Iraq and “abuses of power.”

This left-right alliance on foreign policy is noteworthy. For instance, this coalition almost quietly sank U.S. backing of the Saudi-led coalition’s attacks on Yemen. James Mattis, secretary of Defense, felt it necessary to attend both the Democratic and Republican Senate luncheons on the day of the vote, as I reported on earlier this year. The effort by Mattis, perhaps the most broadly popular figure in the Trump administration, was enough to quell the rebellion, for now. Still, Ralph Nader, the left-wing activist and former presidential candidate, told a crowd at an event in Washington hosted by The American Conservative in June that the alliance was the future.

And second, some are laying blame at Mueller for blocking efforts by 9/11 families to sue Saudi Arabia itself. For these critics, the case is emblematic of the problems of U.S. primacy: Washington is in bed with a lot of unsavory allies, the risks of blowback abound, and justice becomes more difficult even for the United States’ own citizens.

The case is gaining increasing attention. Fox host Tucker Carlson, who has emerged as perhaps the most prominent defender in America of Trump’s Russia policy, gave it airtime earlier this month. “Since the day of those attacks, the family members of some of the victims have been pursuing financial compensation from the government of Saudi Arabia. But one of the biggest obstacles to that compensation was FBI Director and now-special prosecutor Robert Mueller. It’s an important but not often told story.”

Ryan Girdusky details the case in Washington Examiner, alleging that Mueller, followed by his successor James Comey, “engaged in a systematic cover-up of evidence that the Saudi government aided the terrorists who committed the Sept. 11 attacks.”

Lawyer for the families Jim Kreindler told Girdusky: “We’ve really been stymied over the last 17 years from getting information from the FBI, State Department, and Department of Defense. . . . From day one, instead of focusing on the evidence, there was an effort to not look at the Saudis and get their help in launching the Iraq War.”

But Carlson and Kreindler, who appeared on his show, now put the ball in squarely in the court of President Trump, who has had a fraught relationship thus far with both the intelligence community and the FBI.

Kreidler told Girdusky: “President Trump must declassify all documents related to the 9/11 investigation to fully reveal the significant degree to which Mr. Mueller and later Mr. Comey went to impede and cover up Saudi involvement in the 9/11 attacks . . . [he] should also issue an executive order holding harmless all retired FBI agents who were aware of the cover-up and impediments by their bosses at the time but are afraid to come forward to help the 9/11 victims today out of fear of retribution.”

National Review writer Michael Brendan Dougherty notes what strange political terrain the U.S. is in, relative to a decade ago. “Just took a time machine to a 2005 Netroots conference to warn them that in the future they will be defending US intelligence agencies from a president who blames America’s belligerent foreign policy for worsening foreign relations,” he tweeted this week.

And Kreidler’s call comes as the restrainer community has quietly, but assuredly, defended the policy behind the president’s actions this week, raising further prospect, for a president who has mostly staffed out his White House’s senior ranks with hawks despite running a relatively non-interventionist campaign, for a fresh alliance.

“Diplomacy and talking with competitors is smart statesmanship. Heads of state should talk to each other. Diplomats and military leaders should do likewise,” Kurt Couchman, vice president of Defense Priorities, said in a statement Thursday. Couchman even defended Trump’s right to meet with Russian President Putin privately.

“As in domestic politics, effective geopolitics requires human relationships guided by a clear understanding of interests and incentives on all sides. Representatives of nuclear weapons states and historical rivals especially should meet. It was entirely appropriate for President Trump and President Putin to exchange views privately,” Couchman said.