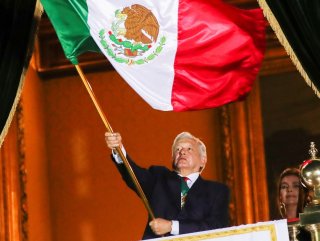 PRESIDENT JOE Biden’s virtual summit of democracies in December 2021 was a timely initiative highlighting the intensifying battle for the future of global governance while seeking ways to build and promote democratic practice worldwide. That includes the Americas where democracy is clearly on the defensive and, in some cases, retreat. But even more than invitations to the December event, supporting regional democracy effectively will require the United States to pay heed to hemispheric policy after years of underinvestment. As China and other authoritarians actively seek to enhance their global positions, Washington should pursue a robust post-Covid-19 agenda that focuses on the strategic value of Latin America to the United States and strengthens democratic governance against the gravitational pull of less salubrious alternatives.

DEMOCRACY HAS demonstrably lost ground in the Americas over the past generation—and the trend is accelerating. At the first Summit of the Americas, a periodic gathering of all regional democracies held in Miami in 1994, only one leader—Cuba’s dictator, Fidel Castro—was not invited. The next time the United States will host the Summit of the Americas, in 2022, at least three nations—Cuba, Nicaragua, and Venezuela—will not meet basic conditions of democratic eligibility. And soon there may be even more. In the twenty-seven years between U.S.-hosted Summits of the Americas, the map of regional democracies has gone from monochromatic to variegated, including some nations which remain democratic today but where national executives are actively disregarding democratic responsibilities and requirements and trendlines are unfavorable.

It’s the old story. U.S. foreign policy elites generally ignore the Western Hemisphere until they can’t, and then they scramble to catch up. Policy tends to move from crisis to crisis, with officials and strategists never really investing the time and effort necessary to build enduring relationships to head off crises before they occur or manage them effectively when they do. Usually, that means whenever regional developments impinge upon domestic politics, such as migrant surges as seen in 2021 or during election cycles when politicians seek to improve their standing with Hispanic voters, who now make up almost 20 percent of the total U.S. population and account for around half of total population growth over the past decade. Drug trafficking and trade also break onto the domestic agenda from time to time; energy too, particularly during periods of global energy insecurity.

But efforts to mainstream the Americas in Washington’s broader global strategic calculus have largely failed. To the extent there are no nuclear weapons in Latin America or significant threats of cross-border terrorism, that can be forgiven. To the extent it is due to hidebound, uncritical thinking or a misunderstanding of what is really at stake, it can’t. Indeed, the region is often considered irrelevant strategically and, if discussed at senior levels, only as a footnote to more consequential matters. There are exceptions, of course, but only those that prove the rule. Emblematic of bipartisan neglect, even as the hemisphere has been headed in the wrong direction, is that numerous embassies, including Brazil and Argentina, remain without ambassadors, and there was no Senate-confirmed assistant secretary of state for Western Hemisphere Affairs, the top regional diplomat, between August 2019 and September 2021—a stunning lapse. It’s not new, and it begins at the top: Henry Kissinger, considered by some to be America’s greatest living statesman, thought of Latin America as little more than a dagger pointed at the heart of Antarctica. This sort of thinking has long infused the worldview of the foreign policy establishment.

But times change rapidly, even if attitudes don’t, and the region has changed fundamentally since the Miami Summit. The increasingly fraught condition of hemispheric governance, undermined by our own democratic missteps, and the raging Covid-19 pandemic, Venezuela’s grinding humanitarian crisis, and, to the upside, opportunities for clean energy development and other efforts to reduce climate change, among other priorities, cry out for significant, sustained engagement. Yet regrettably, U.S. grand strategy continues to downplay the significance of the region and the importance of meaningful, visionary steps that promote win-win solutions, as the Chinese like to say, with regional partners. We are in a global battle for hearts and minds, where decisions are being made today that will lock in relationships for the longer term. But Washington doesn’t think in those terms, and continues to layer on obligations and expectations for the region without offering meaningful additional benefits. Even close regional allies are often heard to lament that it costs a lot politically to be friends with Washington, but the benefits are limited because little of consequence is on offer at this point in history. That is not a sustainable equation for political or economic partnership.

It adds up to a significant problem, because the Western Hemisphere has emerged at the forefront of the accelerating global competition between governance systems, between some version of market-led liberal democracy and Chinese-enabled authoritarian populism or even worse. Latin America’s future direction is now open for discussion in a way not seen since the last inflection point toward the end of the Cold War. As the Covid-19 pandemic rages on, individual nations are beginning to face fundamental questions of what sort of societies they wish to be and how to develop realistic means to achieve their goals. They need support, and lots of it, and will forge lasting relationships with those nations that recognize the region’s needs and actively take steps to meet them.

THE CORONAVIRUS pandemic has been a regional disaster beyond even the direst of predictions. Latin America has seen almost one-third of Covid-19-related deaths worldwide despite having only 8 percent of the world’s population, and vaccination rates remain low. As the virus continues to tear across the hemisphere, including the tourism-dependent Caribbean, it has crushed economies and exacerbated social inequalities that were already the world’s highest.

Economically, Covid-19 birthed Latin America’s deepest recession since record keeping began in the early 1900s. Regional growth collapsed by over 6 percent in 2020 and estimates suggest that 2019 levels will not return until 2023, which was itself no great year for growth compared to global peers. Millions of jobs in the formal economy have been lost, perhaps never to return. Now, one-third of the total population of just over 650 million is in extreme poverty, not even living on $2 per day, according to the World Bank—and that was before the Delta variant hit. Coming out of the pandemic, whenever that occurs, even well-managed economies will be further stressed, with reduced fiscal space for other priorities, increased debt loads, and higher global interest rates required to service them. Over the longer term, the region will be severely impacted by the disruption of schooling with limited options to recapture lost learning. Insufficient access to quality education has long been the region’s Achilles’ Heel, both on an absolute and relative basis, and the burden of significant educational disruption caused by Covid-19 continues to fall most heavily on the underclass and many of those in the middle class whom are threatened with renewed economic insecurity. The losses will potentially last generations.

UNSURPRISINGLY, POLITICS in country after country are unsettled. Nobody seems to have any answers. Prior to the onset of the pandemic, the region had already seen waves of protest and discontent, some of it amplified by Cuba, Venezuela, and Russia. The pandemic forced protesters indoors but did not address the issues, which have only become more urgent. As a result, when they have an opportunity, voters are registering discontent at the election tables.

Peru’s recently elected president is a former village school teacher allegedly sympathetic to the Maoist Sendero Luminoso movement; He is close to advisers who take their bearings from the late Hugo Chavez, and has promised the transformation of Peruvian society. Whether or not he achieves it, investors are wary, and the country, despite being one of Latin America’s fastest-growing economies over the past decade, faces years of continued polarization and political upheaval.

Mexican voters recently clipped the wings somewhat of their own president, Andres Manuel Lopez Obrador, returning a smaller majority in midterm elections and decisively rejecting a referendum he supported, making it more difficult for the executive to impose a more radical policy agenda. But his term won’t expire until 2024, giving him ample time for further political and economic disruption; Rather than taking steps to make Mexico’s economy more attractive for investment and the capture of supply chains relocating from Asia to the Western Hemisphere, he is doing just the opposite, particularly in the energy sector.

Chile, Latin America’s standout nation since the return of democracy there in 1989, with solid economic growth, dramatic poverty reduction, and stable politics, sent two candidates from the political extremes to a presidential runoff on December 19, 2021.  The new president, coupled with a 2022 constitutional plebiscite demanded by protesters, could potentially undo the political stability that has prevailed for over thirty years. Colombia, arguably Washington’s staunchest regional ally, faces elections in May 2022. Politics are roiled; It has weathered a massive influx of refugees from collapsing next-door Venezuela, along with a resurgence of illegal drug trafficking, guerrilla conflict, and civic protesters destroying police stations and demanding broader economic opportunities. In a first for the country, voters may decide to give a chance to an avowed leftist with active ties to Cuba. Brazil’s outsider president is exhibiting anti-democratic tendencies in the run-up to the October 2022 elections, which he is busy undermining in case he loses. Society is bitterly polarized, and a close or disputed election could devolve into mutual recrimination and, potentially, violence.