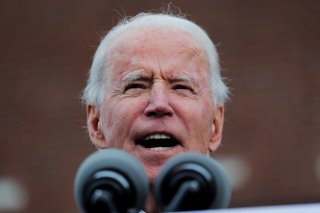 The Republican Party seems as though it is standing ready to try to do to President-elect Joe Biden what it did to Barack Obama: check, block, hamper. Thus, On the Right, one sees a disciplined ramming rod party, largely held together by fear of Donald Trump and his followers, by economic interests, and cultural warriors. On the Left, one hears each faction pushing for its demands. Black farming activists are reported to have informed Biden that if he appoints Tom Vilsack as Secretary of Agriculture, their followers will not support the Democratic candidates in the runoff elections in Georgia, which are critical to the whole Biden agenda. The reason? Vilsack fired a Black official. He later apologized and offered to take her back, but to no avail. Women activists are said to have been dissatisfied because Biden did not choose Michèle Flournoy to become Secretary of Defense. Sen. Elizabeth Warren (D-Mass.) stated she will not support a waiver so that Gen. Lloyd Austin can serve in that role without completing the legally-mandated seven years between his retirement and his appointment. Sanders supporters are miffed because he has not been appointed Secretary of Labor.  LGBTQ groups are loudly troubled because no openly gay member has yet been appointed. And so it goes.

All these groups seem not to take into account that—after eight months of gross mismanagement of the pandemic—Trump, as of Nov. 3, has focused almost exclusively on his re-election maneuvers. Meanwhile, the coronavirus is raging, and there are days on which it has killed more Americans in twenty-four hours than Al Qaeda did on 9/11. The United States is under unrelenting, continued attack by the virus. Obviously, the first, second and third priority of Biden should be taming the pandemic and reopening the economy.

It is a situation in which one should expect all groups to make major concessions to ensure that the new president can focus his attention, team, resources and political capital on the threats that all Americans face and that the nation faces as a community. Biden should not hesitate to address the followers of the various loud activists and call on them to be concerned for the wellbeing of the nation in terms, usually avoided by liberals, that appeal to patriotism.

Granted, given the current social divisiveness, such calls may not suffice. If the only language that plays is that of self-interest, then one must point out that the greatest beneficiaries of a more rapid reining in of the pandemic are minorities, women, and the poor. Research keeps showing that the coronavirus death and morbidity rates are significantly higher among people of color than among the White population. Ipso facto, if the pandemic is tamed more effectively, then they would benefit disproportionately. Some fifty million women are losing jobs or their place on the career ladders because they are staying home to take care of their children. If the pandemic is curtailed soon, and schools can be safely reopened, then women (and their children) would be leading beneficiaries. The scores of millions who are out of a job, unable to pay rent, and facing eviction, would be solvent again.

In short, Biden should tell various interest groups, “See you in October, after most Americans are vaccinated. Meanwhile, tell me what you plan to do to help the nation cope with the most severe challenge it has faced in a century?”

Amitai Etzioni is a University Professor and professor of international affairs at The George Washington University. Join him at civildialogues.org