The Path Forward in Iraq: What Michael C. Desch Thinks 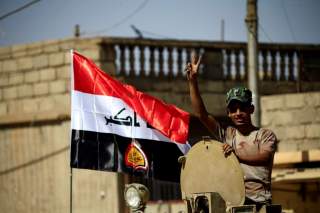 Editor’s Note: This is a submitted response to The National Interest’s symposium on Iraq after sixteen years of war. Check out all the responses we are gathering here.

When I signed the New York Times ad I was under no illusions that it would constitute even a speed-bump on the road to Baghdad given the virulent war fever infecting the U.S. government and the American public at the time. I, nonetheless, felt strongly that the United States was making a mistake and so taking even a quixotic step like that was the right thing to do.

While I am proud to have been among the few scholars to have opposed the war so early and so publicly, I regret that we were so right in our pessimistic predictions. The seemingly stunning U.S. military victory in the early spring of 2003, which destroyed Iraq’s vaunted army and toppled Saddam’s regime, by that fall very quickly gave way to a protracted insurgency. The coalition never found evidence that Saddam was pursuing nuclear weapons and it was only the collapse of his regime that opened space for Al Qaeda to gain a foothold in Iraq. Aside from empowering Al Qaeda, the chaos of post-Saddam Iraq also spawned the caliphate of the Islamic State of Iraq and Syria (ISIS) and the liberation of the majority Shia population bestowed on Iran the title of power broker in the Land Between the Two Rivers.

One might say, as many supporters of both the original war and advocates of a continuing U.S. military presence do, that however misguided the rationale for launching it and the inept implementation of the post combat Phase IV operations, the United States still needs to maintain a large military presence there. But many of the same fallacious assumptions that dragged us into the war in the first place (i.e., that without deep engagement in the Gulf U.S. security interests would be imperiled) have been repurposed to keep American boots on the ground in Iraq.

It is not Monday morning quarterbacking to point out that doubling down on failure is hardly a good strategy for America going forward. Indeed, for a country whose national card game is poker, we Americans are remarkably reluctant to heed the sage advice of that great strategist Kenny Rogers that “you’ve got to know when to hold ‘em, know when to fold ‘em, know when to walk away, and know when to run.” Iraq remains a losing hand which we should have long ago folded.