What a Difference 16 Years Doesn't Make in Iraq: We Asked the Experts 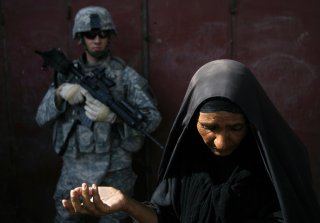 Editor’s Note: the following is an introduction from The National Interest’s assistant editor, Adam Lammon.

On September 26, 2002, an advertisement was published in the op-ed pages of the New York Times in which thirty-three international relations scholars signed an open letter urging against the impending U.S. invasion of Iraq. Their words, republished below, laid out a strong case for why invading Saddam Hussein’s Iraq was not in the U.S. national interest, and further warned that the incursion would “spread instability in the Middle East,” “jeopardize the campaign against al Qaeda,” and “increas[e] anti-Americanism around the globe.” 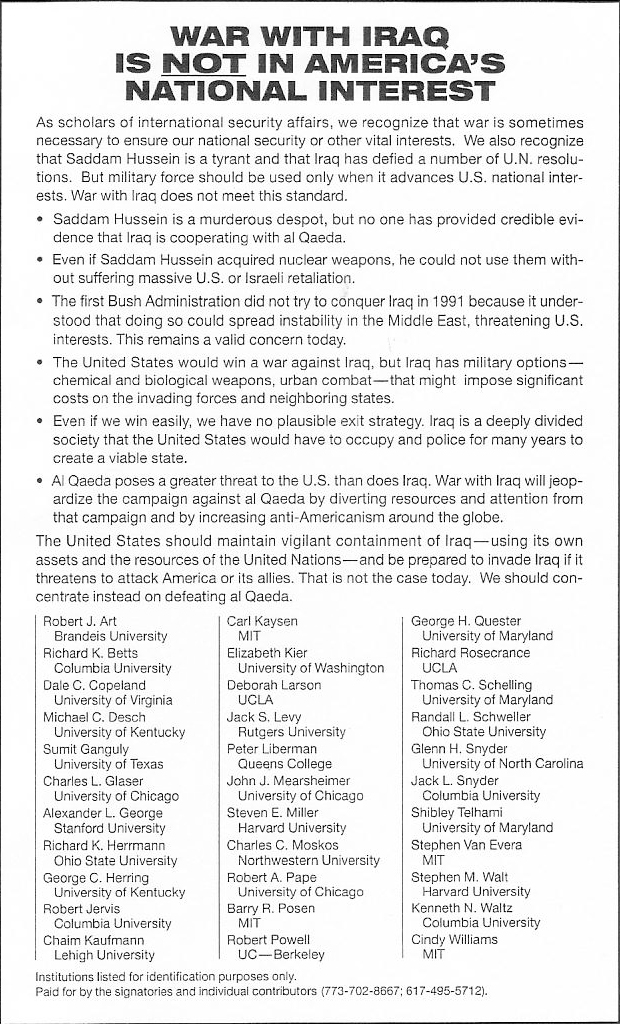 The signatories of this letter were unfortunately prescient in their objections to the Bush administration’s campaign. By toppling Hussein’s regime in Iraq, the United States created a gaping wound in the Arab world that the region has been trying to fill ever since; neighbors Iran and Syria originally jumped in to secure their interests against a hostile U.S. administration, only to watch Iraq’s chaos evolve and shake their own regimes. Regional terrorists were emboldened: from their foothold in Iraq, Al Qaeda moved into Syria to exploit its own civil war and then splintered, rebranding itself as the Islamic State and drawing tens of thousands of the world’s disaffected youth to its cause. Subsequently incited terrorist attacks in Europe and beyond forced the broader international community to intervene.

The war’s financial and human costs have been astronomical. Brown University’s “Costs of War” project contends that the United States spent over $800 billion in direct war appropriations in Iraq through 2016, with billions more having been requested since. Nearly eight thousand U.S. servicemembers and Department of Defense contractors were killed, with another thirty-two thousand wounded. Several hundred more NATO troops have perished alongside U.S. forces, amid the hundreds of thousands of Iraqi civilians and security personnel that were killed in combat and from war-related causes. In total, the death toll likely surpasses half a million.

Although the United States will be dealing with the repercussions of its decision to invade Iraq for decades, it is not too late to address current shortcomings within Washington’s stagnant Middle East policy. For this reason, the National Interest has reached out to the signatories of that 2002 New York Times advertisement to assess where they stand on continued U.S. military involvement in Iraq, after sixteen years of war. Their responses will be published here as part of a symposium, which we hope will shed light on the deficiencies in Washington’s Middle East policy and move the United States toward a better tomorrow.