The Path Forward in Iraq: What Richard K. Betts Thinks 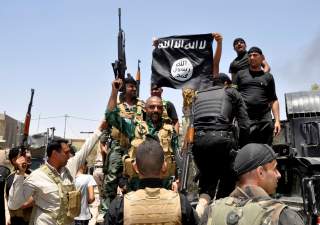 Editor’s Note: This is a submitted response to The National Interest’s symposium on Iraq after sixteen years of war. Check out all the responses we are gathering here.

President George W. Bush invaded Iraq to benefit both American national security and the Iraqi people. For the first goal, the main accomplishment after sixteen years, at a cost of hundreds of thousands of lives and trillions of dollars, is to have replaced Saddam Hussein with an unstable pro-Iranian regime. Now Donald Trump’s policy reverses Barack Obama’s attempted rapprochement with Tehran, provoking politicians in Baghdad who should be our clients with wacky statements about keeping U.S. forces there to “watch” Iran. Since U.S. policy on Iran is also unsound, Washington should soft-pedal demands that Iraq support it.

For the second goal, then-Secretary of State Colin Powell was right to warn about the Pottery Barn rule. When the United States broke the country, it became morally responsible for fixing it. But sixteen years of effort in varied forms and degrees—conventional assault, counterinsurgency and stalemate, “surge,” withdrawal, and small-scale military re-engagement—is enough to discredit America’s ability to accomplish that fix. Military forces, even excellent ones, are blunt instruments. Once large-scale armed opposition was suppressed, the main problem was getting a stable, non-hostile government settled and rooted. In sixteen years, however, the United States has demonstrated scant ability to control Iraqi political development. Why believe that indefinite military presence will do any better, rather than generate political antibodies and patriotic resentment among Iraqis?

Obtrusive attempts at tutelage by tone-deaf foreign forces, no matter how altruistically motivated, will not endear credible Iraqi nationalists. Covert political aid to benign groups is barely more likely to prove adept, and it is a gamble that always risks exposure and blowback. The old moral obligation of fixing what we broke, however, makes that gamble worthwhile if the projects are restrained and enlightened—ever a dubious hope and especially so in the Trump era. Accepting the risk nevertheless comports with the American national security stake in low-profile presence of intelligence and special operations forces like those deployed in a dozen other countries to hunt and combat Islamic State, Al Qaeda, and their ilk.

Huge sunk costs underwrite psychological incentives for persistence, but cold economic calculation reminds us that sunk costs never justify increased investment. Damage limitation, rather than Bush’s ambitious aims, has long since become the goal for policy. It is past time to give up on controlling Iraq, but it is still worth trying to influence it in the same way the United States tries influencing developments with aid and information in many countries elsewhere.

Richard K. Betts is Director of the Saltzman Institute of War and Peace Studies at Columbia University. His is the author of multiple books, most recently American Force: Dangers, Delusions, and Dilemmas in National Security (Columbia), and the coauthor of The Irony of Vietnam: The System Worked (Brookings).