The Path Forward in Iraq: What Shibley Telhami Thinks 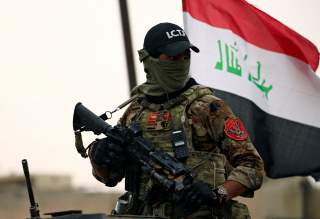 Editor’s Note: This is a submitted response to the National Interest’s symposium on Iraq after sixteen years of war. Check out all the responses we gathered here.

If it was predictable—as the 2002 New York Times anti-war ad that I co-organized with two colleagues provides evidence—that the 2003 Iraq War would not be in America’s national interest and would unleash detrimental consequences for the region and the world, then the extent of these consequences has surpassed the most pessimistic assessments. Even aside from the horrific humanitarian consequences—hundreds of thousands of Iraqis dead and wounded, millions displaced, tens of thousands of Americans dead and physically wounded, with many more mentally impacted—the result cannot be overstated: The war not only distracted from fighting Al Qaeda and its allies, but the resulting collapse of Iraqi central authority, coupled with anti-American sentiments, made Iraq a hospitable place for Al Qaeda and, later, for its off-shoot, the Islamic State, to operate within and outside Iraq. It unleashed sectarian conflict that also spread beyond Iraqi borders. It altered one of the anchors of regional security, a balance of power between Iran and Iraq, leading to a substantial rise in Iran’s relative power.

The costs in treasure and blood have undermined the American will to intervene in the region, and, consequently, undermined the confidence of insecure Arab states in America’s ability to defend them. Added together, the demise of a powerful Iraq and rise in Iranian power, the spectacular American failure—and the added weight of the Arab Spring—drove smaller Arab Gulf states into uncharted territories of profound insecurity, with the instinct to try to fend for themselves—but with little experience or skill to do so. As I pointed out elsewhere, even before the rise of King Salman and his son, Mohammed bin Salman, the Saudis became far more interventionist in regional affairs, in a manner that has neither helped them nor the region. It isn’t a stretch to see the destructive Yemen war as one of the Iraq war’s indirect consequences.

I state these consequences for a reason: Many of the disastrous events unfolding in the Arab world are tied to that war of choice America initiated in 2003. This suggests that America bears considerable responsibility not only in Iraq itself, but regionally. So, on the one hand, it’s tempting to say that Americans should invest more in an attempt to stabilize and rebuild the country, limit Iranian influence, and help in the reconstruction. The United States certainly has a moral duty to do so. But on the other hand, the demonstrated American inability to do it right—even when the influence and investment were much greater—raise questions about the utility of the American military presence and efforts. Add to this the ad hoc way the Trump administration’s priorities seem to be set, and one has to be concerned that whatever presence and influence the United States maintains in Iraq—and Syria—will be exploited by those who seek a greater confrontation with Iran, resulting in a slippery slope toward war.

Shibley Telhami is Anwar Sadat Professor for Peace and Development and Director of the Critical Issues Poll at the University of Maryland. He is also a nonresident senior fellow at the Brookings Institution.