Political Differences Are Not a Crime in America 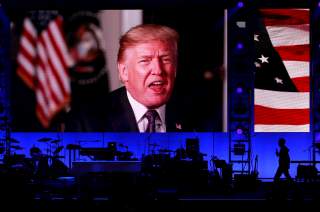 While America has always struggled between politically-opposing parties for a better future, the hyper-partisan nature in politics today is reaching unprecedented levels following the confirmation hearings of Associate Justice Brett Kavanaugh. As it often does, history has repeated itself as political opponents rely on criminal accusations to silence political differences. However, the barriers in place against over-criminalization are less theoretical than in the past. During the administration of John Adams, political opponents were imprisoned under the Alien and Sedition Act of 1798 in an attempt to criminalize the criticism of political opposition to the government, generally, and of Adams, specifically. By the time Thomas Jefferson was elected president in 1801, he had effectively pardoned those convicted under the act before directing a similar attack on his opponent Aaron Burr.

In the United States today, an age burdened with a hyper-partisan political atmosphere, everyone takes sides. Entrenched in their respective echo-chambers, Americans intentionally limit communication to those with whom they agree. This provides little reason to critically evaluate the actions and decisions of America’s elected officials. Instead, Americans often turn to attacking them personally, choosing to lob criminal accusations against political opponents to rally quick support. Censorship is the goal, not consensus.

As the ritual of peacefully turning over the elected leadership approaches with the federal elections this November, a reaffirmation of the rule of law and America’s founding principles is in order. In the grand scheme of ideologies, even the two major parties are not so divided that one should resort to proposing that decisions of political rivals are akin to criminal misconduct.

Unfortunately, vague criminal laws are becoming the sword wielded by political elites and passionate lobbyists. Nearly every day there are accusations of the violation of politically-neutral laws that provide great flexibility to prosecute behavior of political rivals even when such behavior does not necessarily equate to criminal activity. Allegations of corruption and collusion, claims of obstruction of justice, and legal conspiracy theories rarely have foundational evidence to support the accuser’s claim. In the words of U.S. Supreme Court Associate Justice Potter Stewart, “[there is] a difference between what you have a right to do; and what is the right thing to do.” In examining the decisions of U.S. elected officials, it is important to differentiate between actions which may deserve criticism yet fall immensely short of the requisite intent or knowledge to be deemed criminal. This is by design.

The Founding Fathers saw to it that Americans could not easily be convicted of crimes. Criminal defendants are afforded an abundance of rights written into the Constitution safeguarding against a despotic legislator or overzealous criminal prosecutor. Burdens of proof remain strict thresholds for convictions as do unanimous jury requirements (in all but two states). Benjamin Franklin was astute when he observed that, in our criminal system, it is better that “a hundred guilty persons should escape than that one innocent person should suffer.”

Even in the country’s infancy, strict judicial standards and the faithful protection of the rights of the accused made the imprisonment of political enemies difficult. Jefferson’s unsuccessful prosecution of Burr for treason laid the loose framework for what legal scholars today almost universally agree were violations of First Amendment protections. One can only imagine what the general election of 1828 might have been, if Andrew Jackson, who long espoused that John Quincy Adams had won the previous election through a “corrupt bargain” with Henry Clay, had attempted to prosecute his rivals.

What the Founders seemingly failed to foresee was the modern erosion produced by the emotionally charged intersection of politics and criminal jurisprudence enhanced by the internet and social media. Both political sides are too quick to call for the criminal prosecution of their political enemies for political missteps that do not contain the required elements of criminal conduct. Extreme partisan politicking examples abound. America’s last presidential election provides a specific example.

The presidential campaign of 2016 will be remembered for years for its chilling attacks and nasty accusations. In the final presidential debate, Donald Trump looked directly at Hillary Clinton and explained that if he was elected, then he would direct the attorney general “to get a special prosecutor to look into your situation.” The situation that now President Trump referenced was the controversial investigation into then-Secretary of State Clinton’s use of a private email server and the alleged destruction of more than thirty thousand email records—an alleged violation of security and obstruction.

Clinton protested this comment because criminal charges were never brought. “It’s just awfully good that someone with the temperament of Donald Trump is not in charge of the law in our country,” she responded. Immediately, Trump interrupted, “because you’d be in jail.” The roar in the crowd was undeniable. Trump rallied support through criminal accusations for his opponent. A consensus was established not through reasoning, but instead through raw emotion, which proved beneficial to only those sympathetic to the current president’s viewpoints.

While Trump occasionally lobbed the threat of criminal prosecution against his opponent, he has been on the receiving end of far more attempts by political rivals hoping criminal charges against him will stick. This past summer, President Trump engaged in a joint press conference with Russian president Vladimir Putin. The American people watched as the president of the United States made many missteps and failed to support the authority and abilities of his intelligence agencies, which serve the executive branch. Further, he used the platform to divert from planned talking points and focused on his criminal agenda against Clinton.

Political leaders took to the internet and called for charges of “high crimes & misdemeanors,” or treason, to be levied against the president. It nearly shocked the conscience to see the sitting president of the United States accused of treason—the highest crime in this country and one punishable by death. While it was bad form for Republican lawmakers to run to the defense of President Trump’s missteps and subsequent tempered “walk-backs,” the criminalization of Trump’s poor political abilities by those across the aisle was and is morally repugnant.

One such example is the never-ending saga of alleged Russian collusion with the Trump administration during the election, which led to the ongoing necessary and apolitical investigation. Over a year later Americans are still unaware of what this investigation will turn up. It is important to point out that even if Special Counsel Robert Mueller uncovers evidence that the Trump campaign collaborated, colluded or cooperated with Russian agents, that alone would not be a crime—unless it was also determined that the Trump campaign specifically requested help to commit criminal acts. This is because there is no federal law establishing collusion as a crime. Thus, the threat of criminal prosecution has very little weight, absent the Trump campaign wantonly having engaged in criminal activity, including obstruction or making false statements to the FBI. It continues at a cyclic rate where those unsympathetic to the president’s message fill the airwaves with attempts not to reach solutions, but rather to point out flaws in their opponent.

Finally, and equally as unfortunate, the final weeks of the nomination process for Associate Justice Brett Kavanaugh’s appointment on the Supreme Court were marred in controversy of unusually political proportions. As Senate Majority Leader Mitch McConnell announced the official Senate confirmation vote for the president’s Supreme Court nomination in September, California Sen. Dianne Feinstein, the ranking member of the Judiciary Committee, released a controversial public statement. Feinstein announced the referral of a sexual assault case to federal authorities based on evidence provided in a letter that had been sent to lawmakers months prior. In her public statement, she said that the “individual strongly requested confidentiality, declined to come forward or press the matter further, and I have honored that decision. I have, however, referred the matter to federal investigative authorities.”

The tweet by Feinstein reopened the debate for Judge Kavanaugh’s nomination, created a supplemental FBI investigation and further polarized a nation already galvanized by vitriolic political divergence. The relevance of a three-decade-old alleged criminal act is probative to one’s fitness for serving on the highest court in the land. There is a good case and little doubt for claiming any participation in a sexual assault, no matter how much time has elapsed, is a disqualifier for a lifetime appointment as a justice on the U.S. Supreme Court. On the other hand, juvenile records are sealed for legitimate reasons—among them, that young people make serious mistakes that should not prevent them from living productive and contributing lives.

The tough issue that faced the Senate’s Judiciary Committee during the nomination process was not that of confirmed criminal behavior. The problem was the politically-motivated actions of Feinstein and others who—when faced with no corroborating evidence of criminal conduct by Judge Kavanaugh—continued a series of vague and inexpressible criminal accusations against him. These claims against Kavanaugh included perjury, questioning his fitness to serve, underaged drinking, and gang rape without evidence. These accusations helped to destroy the reliability and public confidence in the nomination process and the credulity of a “political” opponent.