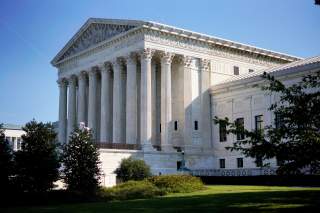 As the Merrick Garland and Brett Kavanaugh controversies have shown, the United States Senate has become too dysfunctional to perform its constitutional role in the confirmation of Supreme Court Justices. It now seems likely that the Senate will never again confirm a Supreme Court nominee put forward by a president of the opposite party. Given that the presidency and the Senate have been controlled by different parties exactly half of the time since 1955, the country faces a potential constitutional gridlock in each election cycle.

The democratic way to cut this Gordian knot is to let the electorate decide who gets to sit on the Supreme Court. The 28th Amendment proposed below provides for the popular election of Supreme Court Justices to strictly limited terms of twelve years. The election of three new Justices every four years will ensure continuity on the Court while keeping its Justices in touch with the electorate. It will end the ridiculous game of Russian roulette through which the political composition of the Court is determined by when each individual Justice just happens to retire or perish.

The 28th Amendment proposed below includes a novel feature to safeguard against wild swings in judicial politics: a “pick two out of three” electoral system. In this system, each voter would have the opportunity to vote for two Justices, with the top three vote-getters winning seats on the Court. Mathematically, each major party would have a strong incentive to run just two candidates, in order to avoid splitting their votes.

Unless there is a very popular third party candidate on the ticket, the Democrats and Republicans would split the three seats at each election either 2–1 or 1–2. That would provide additional stability to the system, and better reflect the diversity of the country than a pure winner-take-all system. Think of that third Justice as a kind of consolation prize to vouchsafe the minority party at least some representation on the Court.

The transition from the current chaotic system to an orderly electoral system could easily be accomplished over a period of twelve years (three election cycles), and the proposed amendment includes a clear transition mechanism to put this into action.

The reality is that the big issues decided by the Supreme Court—abortion, affirmative action, gay rights, gun rights, speech rights—are fundamentally political issues. In the wake of the Garland and Kavanaugh debacles, it is ridiculous to argue that the Supreme Court should be above politics. We elect the Congress that makes our laws and the president who enforces them. We the People should take back the power to elect the Supreme Court that interprets them, too. The 28th Amendment to the Constitution of the United States proposed here is a practical way forward toward an ever more democratic America.

Section 1. The Supreme Court of the United States shall be composed of nine Justices, who shall select from among their own number one Justice to serve as Chief Justice, according to such procedures as shall be determined by Law.

Section 3. When a Vacancy occurs among the Justices of the Supreme Court, the President of the United States shall appoint a Justice to fill the Vacancy with the advice and consent of the Senate, in accordance with the procedures set forth in Article II, Section 2, paragraphs 2 and 3 of this Constitution. The Justice so appointed will fill out the remainder of the term of the Justice whose departure from the Court prompted the Vacancy, except in the case of Vacancies that may happen during the recess of the Senate, in which cases the appointment will expire at the End of the Senate's next session.

Section 4. Justices of the Supreme Court shall be shall be removed from office on Impeachment in manner specified in this Constitution for the Impeachment of civil Officers of the United States.