A Proposed Peace Plan to End the Russo-Ukrainian War 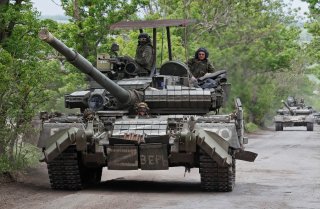 Benefits of Negotiating a Peace Agreement

If the Donbass region votes for independence, this would amount to the loss of approximately 6.5 percent of Ukrainian territory held prior to Russia’s invasion. However, most of the coastal territories Ukraine would regain from the peace agreement would compensate Kyiv for its loss. Given that Kyiv has no real hope of regaining these lost territories militarily, it would have much to gain from a “land for peace” agreement. Negotiating a peace agreement will also save the lives of thousands, if not tens of thousands, of Ukrainian citizens, sparing its cities from further destruction, and allowing thousands of its roads, bridges, schools, and hospitals to be rebuilt. The cost of rebuilding is estimated to be $600 billion. Although the war has forced half of Ukraine’s businesses to close, a peace deal could allow them to reopen and millions of Ukrainians could return to work. A peace deal would also end Russia’s devastating Black Sea naval blockade and restore Ukraine’s ability to engage in international trade while enabling most of its nearly 13 million refugees to return home. Finally, ending the war by July would prevent the projected 60 percent decrease in Ukraine’s gross domestic product if the war continues until the end of the year.

It is in the United States' national security interests to incentivize Russia and Ukraine to negotiate a peace agreement as soon as possible and avoid a potential Russian escalation to the use of tactical nuclear weapons against Ukraine or against frontline NATO states. The Biden administration could do so by offering to suspend the implementation of all new economic sanctions against Russia, U.S. troop deployments to Eastern Europe, and lethal military assistance to Ukraine in exchange for an immediate and sustained Russian ceasefire, a halt to Russian military advances, and the resumption of serious peace negotiations along the lines outlined above. A relaxation of sanctions following a peace deal would likely provide badly needed economic relief for Americans by significantly lessening fuel, food, and energy prices. It would also significantly lessen the severity of the worsening global food crisis, which threatens to starve millions of people in the Global South.

With Ukrainian military and territorial losses in the Battle of the Donbass increasing, the longer the Biden administration and its NATO allies delay in persuading Ukraine to negotiate a peace agreement with Russia, the weaker Ukraine’s negotiating position will be. If Zelensky decides not to negotiate a peace agreement following the Russian conquest of the Donbass, Putin has made it clear that he intends to formally annex the entire Donbass region and the Kherson oblast while keeping control of 70 percent of Ukraine’s Black Sea coastline. One Russian general has stated that Moscow would then stage a follow-on offensive to capture Odessa and cut Ukraine off from the Black Sea, making it a land-locked country and further weakening its economic and territorial security. For all of these reasons, it is in the United States and Ukraine’s national interests to finalize a peace agreement ending the war as soon as possible.

David T. Pyne, Esq. is a former U.S. Army combat arms and H.Q. staff officer with an M.A. in National Security Studies from Georgetown University. He currently serves as Deputy Director of National Operations for the EMP Task Force on National and Homeland Security and is a contributor to Dr. Peter Pry’s new book Blackout Warfare. He also serves as the host of the Defend America Radio Show on KTALK AM 1640. He may be reached at [email protected].