The Real Significance of the Biden-Putin Summit in Geneva 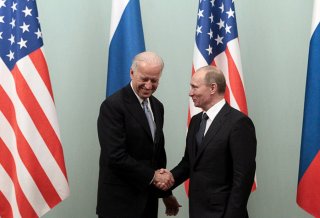 President Joe Biden and Russian President Vladimir Putin will meet in Geneva, Switzerland, on June 16. The White House confirmed details of the Geneva summit, which will mark the first face-to-face meeting between the two leaders since Biden took office, on Tuesday. “The leaders will discuss the full range of pressing issues, as we seek to restore predictability and stability to the U.S.-Russia relationship,” said White House press secretary Jen Psaki. National security advisor Jake Sullivan traveled to Geneva to meet with his counterpart Nikolay Patrushev, Secretary of the Russian Security Council, in what a White House press statement described as an “important step in the preparation for a planned U.S.-Russia summit.” The statement added that the two sides “agreed that a normalization of U.S.-Russian relations would be in the interest of both countries and contribute to global predictability and stability.”

Biden proposed a possible summit to Putin in a phone call last month. Moscow did not formally accept the proposal until earlier this week. "They mean to discuss the current condition of Russian-US relations and the outlook for their development, strategic stability, and crucial issues on the international agenda, such as interaction in the struggle against the coronavirus pandemic and the settlement of regional conflicts," said the Kremlin’s press service. Several other locations — including Vienna and Helsinki, as well as more unorthodox choices like Baku and Ljubljana — were reportedly considered as possible venues for the Biden-Putin summit. The full extent of the discussion has not been revealed, though the talks will reportedly cover nuclear arms control issues. It is not yet clear if the emerging wave of tensions over Belarus will make its way onto the agenda.

The Geneva summit will come on the heels of steadily rising hostilities between Moscow and Washington. The White House levied a series of sanctions on Russia in recent months over the arrest and imprisonment of Russian opposition activist Alexei Navalny, Russia’s election interference, and the SolarWinds cyberattack. Moscow has taken an increasingly combative stance in its dealings with the US and EU, vowing an “asymmetric” response against further “threats” and “provocations” from the West. The Kremlin recalled its ambassador to the US shortly after Biden called Putin a “killer” in an interview with ABC News, with Washington taking reciprocal action in April.

The White House waived U.S. sanctions on the company overseeing construction of the Nord Stream 2 pipeline earlier this month, lifting a major point of contention as the two sides cautiously probe ways to normalize the volatile U.S.-Russian relationship. U.S. Secretary of State Antony Blinken and Russia’s Foreign Minister Sergey Lavrov met last week in Reykjavik on the sidelines of the Arctic Council forum. The two sides affirmed their shared willingness to cooperate on issues of global stability despite their deep-seated policy differences.

The Biden-Putin summit is not expected to yield significant bilateral agreements, but it will hardly be of nugatory importance. Instead, it will serve as a venue for the two leaders to establish a clear line of communication as they work to stabilize relations between Washington and Moscow. Biden and Putin, who have met previously, are likely to shun diplomatic pleasantries and get down to business. It can’t come soon enough.