Realism After the War in Ukraine 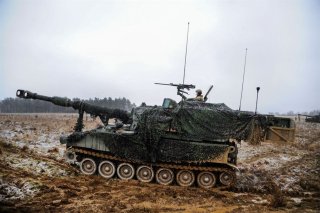 The war in Ukraine has opened up a renewed debate on the merits of realist foreign policies and the realist paradigm. The invasion has challenged assumptions of the post-Cold War era and both critics and proponents of realism seek to prescribe a response to the crisis. Much of the debate has centered on John Mearsheimer’s provocative 2014 Foreign Affairs article “Why the Ukraine Crisis Is the West’s Fault.” While supporters may celebrate Mearsheimer’s prescience, for critics, the invasion of Ukraine merely shows realists’ callous disregard for morality and a lack of concern for the values of the liberal international order. One recent critic complained that realists “have very little to say about” the “evil” of Putin’s actions and that the offensive realism promoted by Mearsheimer is not just “morally slimy” but “plain offensive.” To question NATO expansion, as Mearsheimer did, is to be on the “wrong side of history” and realism has therefore become a “bogeyman” for polite society. But Mearsheimer’s realism is not a thin theoretical veneer for a morally bankrupt policy of power politics. During his long career, he has repeatedly warned against hubris, unnecessary wars, and the dangers of escalation. Indeed, Mearsheimer’s realism follows a long American tradition of republican realism.

There can be no doubt that the invasion of Ukraine is unjustifiable. The conflict in Ukraine has resulted in shocking images of innocent people under attack in their cities and homes. This has understandably created a moralistic urge to “do something” and an emotional appeal to make “Putin pay”. Yet, this does not necessarily mean that realism as a theoretical perspective can be disregarded for being ambiguous about moral issues. The celebrated economist Adam Tooze launched one of the most thoughtful recent critiques of realism in the British political magazine New Statesman by arguing that realism is based on the “naturalization of war.” One of his most challenging critiques of realism is aimed directly at what he sees as realism’s support for military force and aggression. As Tooze argued:

Other than wars of national liberation, one is hard pressed to name a single war of aggression since 1914 that has yielded clearly positive results for the first mover. A realism that fails to recognise that fact and the consequences that have been drawn from it by most policymakers does not deserve the name.

For Tooze, realism is a continuation of pseudo-fascist ideas, and his critique is based on the premise that realism has “dark roots in the imperialist era.” Building on the work of the intellectual historian Matthew G. Specter, this position sees realism as having “dark origins” in controversial thinkers such as Karl Haushofer and Carl Schmitt. The imperial era Germanic influence over realism should come as no surprise to international relations scholars, given that the German emigres who fled to America played a founding role in the discipline, most notably John Herz, Hans Morgenthau, and Henry Kissinger, among others. But modern realism is also influenced by a uniquely American tradition of thought traced back to the founding of the United States and the Federalist Papers.

Realism is a diverse approach that is too often turned into a caricature as a war-like and power-hungry paradigm. It has therefore become a cliche to see realism as an approach synonymous with power politics and little else, but there has also been a consistent strand of realist thought which has cautioned against the temptations of power and viewed war and militarism as destructive of liberal-republican values. The realist canon provides a basis for a conservatism that demonstrates a commitment to attacking moralistic foreign policy crusades while urging restraint against universalism and pursuing limited policy goals. The realist critique of imperial adventures corrupting democratic institutions at home can be seen primarily with the resistance to the wars in Vietnam and Iraq. Leading realist thinkers such as Morgenthau, Reinhold Niebuhr, and Arthur Schlesinger Jr. all criticized the Vietnam War. In the post-Cold War era, realists responded to the neoconservative aggression of the Bush Doctrine by forming The Coalition For a Realistic Foreign Policy to counter the arguments of those in favor of American primacy. Crucially, these realist warnings against wars of primacy have been coupled with concerns about the corrosive effect such conflicts can have on democratic institutions. American power in the post-Cold War has often been compared to the imperial republics of Athens and Rome. In making these analogies, realists have warned of the hubris of American military power and the previous fates of republics that suffered from military overstretch. The extent of American power and its relationship to conflicts has therefore always inspired debates within realism that represent a classical republican concern, namely, can a republican polis be commensurate with empire?

Contrary to the caricature of realism as supporting a Machiavellian Prince-like figure, Mearsheimer has warned of the “damage” a militaristic and bloated security state can cause to the “fabric of American society.”  In this sense, Mearsheimer follows the realism of Hans Morgenthau whose later career increasingly turned to discussions about the “national purpose” of the United States and the importance of American morals and values. As a political commentator, Morgenthau consistently warned against an overreliance on military power and the challenge of a bureaucratic military-industrial complex limiting democratic debate. In examining the corruption of democracy and threats to American liberty arising from the Vietnam War, Morgenthau framed his analysis using the example of Rome’s transformation from a republic into an empire. He observed how the concentration of power within Rome in “the hands of one man” resulted in the appearance of a republic, but without the “substance.” Morgenthau was aware of the Federalist authors’ fear of a Caesar-like figure, and he used this concern to critique the centralization of power and lack of presidential accountability during the Vietnam War. Niebuhr and Schlesinger made a similar critique by warning about the growth of an “imperial presidency.” Crucially, wars were seen by these thinkers as having an inherent tendency to be a source of instability and a threat to a free society that rests on a stable and balanced order.

The realist critique against wars of primacy and the threats such wars pose to domestic democratic institutions remains valid today. Liberals have broadly interpreted the invasion of Ukraine as an assault on global democracy and the liberal values of the West. Their prescription is to double down on the expansion of the European Union and NATO and to create a stronger liberal world order, with direct intervention if necessary. Mearsheimer’s provocative claim that the Ukraine crisis may have been caused by Western overreach has led to howls of rage from liberal voices, but this merely reflects the liberal frustration over the West’s limited options to respond to a nuclear-armed Russia. Advocates for no-fly zones, humanitarian corridors, escalation, and direct intervention may attack Mearsheimer for blaming the West, but they also have little response to the realist cautions against the unpredictable and corrupting nature of war. Far from being a theory that supports war, American realists have long seen war as having a degenerative effect on America’s institutions.

Attacks against Mearsheimer are a reflection of the Western experience of the post-Cold War unipolar era that has left it blind to its own hubris. Over two decades of wars of choice against rogue states and pariah regimes have led the West to believe that military force can be used to install a peaceful liberal order and that reactions against constant Western expansion are indicative of irrationality. The West has lived under conditions of American primacy for so long that it lacks a vocabulary to understand the current moment or formulate a realistic response. The sidelining of realist voices is therefore a detriment to meaningful debate which risks downplaying the dangers of the escalatory and unpredictable nature of war.