The Red Flags of the Nuclear Stockpile 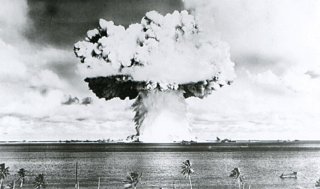 With any luck, the United States won’t ever need to use its nuclear arsenal, but it would be nice to know it would work if it ever had to be used.

In a recent example of why we need to keep a closer eye on this, the Department of Energy Office of Inspector General (OIG) released a report stating it “partially substantiated” two allegations about the Kansa City National Security Campus that “could have had a detrimental effect on the reliability of the nuclear stockpile.”

After a probe that began in September 2019, the inspector general (IG) made the National Nuclear Security Administration aware, and all well ends well. But even a problem with flex cables does raise red flags. The problem was blamed in part for the “poor communication” between designers and producers. “Poor communications” could be an acceptable excuse for any number of bureaucratic problems an inspector general might discover. In this case, we’re talking about the nuclear stockpile.

Nebraska Sen. Deb Fischer (R-N.E.), the top Republican on the Senate Armed Services Committee, stressed that Defense Secretary Lloyd Austin and his four immediate predecessors also professed the nuclear deterrence would be the top mission of the Defense Department—yet haven’t prioritized modernizing the nuclear arsenal as a priority in the budget.

The findings of the IG report from March are anecdotal and shouldn’t be overstated for alarmism. Neither should it be understated, as it comes in the backdrop of a larger situation.

This further comes at a time when North Korea is advancing its nuclear program, and the Biden administration appears likely to ease up on Iran sanctions.

The most effective prevention against nuclear weapons is for the United States to have the strongest nuclear arsenal. A ten-year estimate for nuclear modernization and sustainment is about $500 billion, according to the Congressional Budget Office. Deference to deterrence will only make matters more costly, and policymakers have been shortsighted with deferred nuclear modernization, including land, air and sea-based systems.  In 2020, Congress reduced funding for the Long-Range Standoff Weapon, which was set to replace nuclear air-launched cruise missiles.

The Energy Department’s IG findings were not about funding—but do provide a cautionary tale of how matters little by little could become problematic writ large.

The first allegation was that flex cables had failed continuity testing. The second was the flex cables did not conform to the design specifications because the Kansas City National Security Campus didn’t consult the design agency.

“Because of the quick action taken by NNSA in response to our management notification memos and inspection findings, there is no expected impact as a result of these allegations,” the report says.

The National Nuclear Security Administration is a semi-autonomous agency within the Energy Department responsible for overseeing the military application of nuclear science.

Maybe no harm no foul. But this did take someone in the know diligent enough to report to the Energy Department’s OIG, and investigators diligent enough to address the problem. This should also be one consideration for policymakers regarding the maintenance of the nation’s nuclear stockpile.