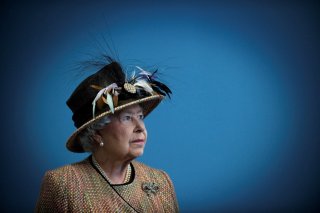 The coffin of the United Kingdom’s longest reigning monarch left her beloved Balmoral Castle today and began its long journey to London. Along the route, thousands will turn out to watch Queen Elizabeth II’s final procession.

Their spontaneous grief is real and so is the pain that an era has ended.

As the world is now seeing, the British people are emotionally joined to their queen, who was a constant in turbulent times. She was the one thing that stood still from the 1950s to today—and millions found that constancy a comfort.

The queen’s death matters not just to Britons, but to the whole world. She oversaw the peaceful transition from empire to commonwealth, liberating nearly one-quarter of the globe from British rule. No other empire in history has ever dissolved itself without civil war, invasion, or financial collapse. More than one-third of the world’s population owes its freedom to a woman who rose to one of history’s greatest challenges.

At her birth, she wasn’t even in line for the crown, which was worn by her father’s brother and expected to go to his children. Yet, a series of unlikely events, including a historic abdication, put her on the throne in 1952. She could have simply presided over ritualized events and enjoyed her castles and hunting lodges. But she didn’t. She became Britain’s greatest ambassador, winning goodwill from African coasts to Pacific islands. She provided the constancy that made change possible, to end the British Empire in a way unlike that of the French, Dutch, or Spanish empires—with peace, free trade, and continuation (in many places) of English common law.

Her legacy also includes a triumph that seemed impossible in the 1960s and 1970s, saving the institution of the monarchy itself. The educated classes, in those days, considered the crown to be a medieval relic and openly debated ending it. They were astonished, in June 1977 during the Queen’s Silver Jubilee, by the large crowds and parades that were spontaneously organized across Britain and, more surprisingly, across the Commonwealth. The queen enjoyed enormous emotional support, they learned. Eventually, all talk of ending the monarchy faded.

Britain is the oldest continuously operating democracy in the world. It has no written constitution but immutable rules that have changed little over the centuries. The monarchy has no executive power, but the Sovereign embodies the Nation. This symbolic power can affect the real world. During World War II, King George’s open support for Prime Minister Winston Churchill and his repeated calls for resistance against Nazism shaped the indelible image of this valiant people, who faced barbarism alone and for years. Queen Elizabeth II was equally steadfast and effective.

These immutable rules are based on strong traditions which, far from being folklore, give meaning to the monarchy. Thus, when the Council of the Throne proclaims Charles III, King of England, it is more than ceremonial. It is the signing of a contract between the ruler and the ruled. The Sovereign takes an oath on the commitments, which are his by tradition. He will protect the church as head of the Anglican Communion, a worldwide union of believers that is Christianity’s second-largest group. He will maintain the unity of the nation and, above all, he pledges to serve it all his life. There is no doubt that Elizabeth II took her oath seriously and her legacy hangs on that simple truth.

The queen also had vital lessons to impart. Elizabeth II was the last head of state to have experienced World War II and its atrocities. When Elizabeth ascended the throne, the Soviet Union was in the iron grip of Joseph Stalin, and China was ruled by Mao Zedong. All of this taught her where dictatorship always leads, to misery for the majority. She saw it with her eyes.

So, she treasured democracy and reminded her subjects of its incomparable value.

Democracy must be constantly defended, as the Russian invasion of Ukraine shows. It is fragile and, to its enemies, often seems divided, weak, and unsure of itself.

And that is Elizabeth II’s final and most universal lesson: that the West must recover its belief in itself, as the queen never failed to do, and in democracy itself. This is what the Ukrainians are fighting and dying for. Democracy is Britain’s unique gift to our world. It is worth preserving.