Repairing the U.S. Work Force in the Post-Coronavirus Era 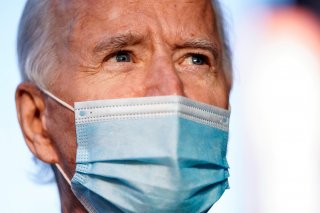 Joe Biden and Congress have a chance to set aside polarization and address the most basic dignity of workers in a post-coronavirus era. The pandemic has wrecked the lives and livelihoods of millions of workers around the world, exacerbating the issues of forced and child labor that have always existed in the global economy. However, the pandemic will end at some point; economic activity will resume, and workers around the world will once again realize economic opportunities. The United States can lead the rebuilding of the global economy, perhaps even better than pre-coronavirus times. The good news is, we know how to build back better responsibly.

As for stark problems to address, the U.S. Department of Labor finds that 155 goods from seventy-seven countries could be made by child and forced labor. These goods are everywhere, from bamboo to zinc, including in the personal protective equipment (PPE) that we so desperately need. A recent New York Times investigation finds that workers from the persecuted Uyghur community in China were forced to make face masks being used at hospitals in Georgia. Other reports also indicate that in the past forced labor by Uyghurs has been used for goods that are in the supply chains of major U.S. companies like Nike and Apple.

The continued challenges of forced and child labor come under a backdrop of the coronavirus’s economic impact, which has reversed decades of economic gains that benefited workers around the world. The pandemic has interrupted the flow of capital, goods and workers—pausing critical investment in infrastructure, stemming the flow of foreign direct investment, and wiping out many jobs that have left millions with reduced or no income.

A key step that the Biden administration and Congress can take together is to strengthen the role of the U.S. Department of Labor’s International Labor Affairs Bureau (ILAB). ILAB is a labor research powerhouse with top experts on international labor issues. Their major asset is the List of Goods Produced by Child or Forced Labor that alerts government, civil society and corporate entities around the world of challenges that need to be addressed. The list is used by U.S. companies operating overseas to identify potential risks or vulnerabilities in their supply chain and by U.S. Customs and Border Protection (CBP) to investigate and hold goods at the U.S. border if they’re suspected to have been made with forced labor. To date, the CBP has issued these orders for goods from twelve different countries.

However, the list is limited because it only includes raw materials. According to the World Bank, in 2019, the U.S. imported $250 billion worth of raw materials and $430 billion worth of consumer goods. The new administration and Congress should support ILAB with additional resources to include the importing of consumer goods made with forced labor.

For example, despite related concerns about palm oil from Malaysia, nearly forty percent of its exports of this commodity are to the United States. Palm oil is a common preservative in many everyday consumer products such as shampoo and soaps, potato chips and ice cream. Thousands of products entering U.S. markets from around the world may use tainted Malaysian palm oil made by forced labor, but they won’t trigger a risk warning, because the CBP only examines raw materials and not consumer products.

Congress and the Biden administration should strengthen ILAB’s remit so it can better serve as an expert resource to the CBP and U.S. companies to ensure that no raw materials or finished consumer goods made by child and forced labor enter U.S. markets.

Another key step that the new administration and Congress can do is to better enforce labor provisions in existing trade agreements. “Trade is not an end, it is a means” is a common refrain among many labor advocates. As we look towards a post-coronavirus global economy with renewed and accelerated momentum toward racial justice and equality, U.S. trade policy can be leveraged to create a more inclusive and sustainable world economy.

One such opportunity is enforcing the good labor rights provisions in the U.S.-Mexico-Canada (USMCA) trade agreement. The agreement requires that all three countries protect and not compromise workers’ rights recognized by the International Labor Organization (ILO) and includes provisions that protect their right to form unions and bargain collectively. Such provisions should be front and center in all trade agreements and the U.S. Department of Labor should vigorously monitor and enforce them. This will require political will, U.S. leadership by example, and the resources in-country to monitor adherence and guide progress.

While the coronavirus has devastated and disrupted the lives and livelihoods of millions across the globe, there will eventually be a vaccine and a cure, and the global economy will rebuild. Congress and the new administration have opportunities to work together to ensure that we build back better and responsibly for workers at home and abroad. Fighting against forced and child labor in imports and for very basic rights in trade pacts are a good place to start.

Samir Goswami is the Chief Operating Officer at the Partnership on Artificial Intelligence and has worked with civil society, corporations and multilateral institutions to promote labor rights around the world. Mark P. Lagon is Chief Policy Officer at Friends of the Global Fight Against AIDS, Tuberculosis and Malaria, and formerly served as Ambassador-At-Large to Combat Trafficking in Persons at the Department of State, as well as President of Freedom House and CEO of Polaris. The opinions expressed are solely those of the authors and do not reflect or express the views or opinions of their employers.