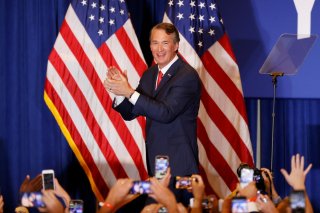 As November’s elections steadily approach, the Republican Party with good reason is increasingly confident going into the 2022 midterms and then going after the White House in 2024. A New York Times/Siena poll puts President Joe Biden’s approval rating at only 33 percent, with more than two-thirds of independents disapproving of the president’s performance as sky-high inflation and the painful pullback in the stock market rattles confidence.

No doubt there are many Republicans that would be delighted with winning back the House, the Senate, and then capturing the White House.

What the GOP now has is an opportunity to be far more ambitious and achieve a convincing margin of victory leading to a governing mandate for significant change.

This means nominating the right presidential candidate coupled with a powerful agenda: pushing back on identity politics, sparking an enduring private investment-led economic boom, reining in debt and spending, and strengthening America’s financial, economic, and national security. This could lead to lasting generational change and signal to markets, allies, and adversaries alike that the American superpower brand of dynamic stability in this age of U.S.-China rivalry is stronger than ever.

A decisive Republican victory in 2024 means garnering a clear majority of the popular vote, driven by a talented and competent candidate and an agenda that attracts independent voters—what I refer to as “Independent Republicans.”

Nineteen states have open presidential primaries whereby independents can choose to participate in either the Republican or Democratic primary. These include the critical states of Colorado, Wisconsin, Virginia, New Hampshire, and Georgia. Then, in the 2024 election, these voters are there for the taking again.

Why then are independent voters—not registered as either a Republican or Democrat—so important?

First, there are a lot of them. According to recent Gallup polling, 43 percent consider themselves independents while Republicans and Democrats each sit at just 27 percent. The situation is becoming more fluid because sharper and more extreme party lines are changing this significant voting base that thinks independently, tends to be younger, and does not blindly follow party leaders.

Second, a candidate usually needs a majority of independents to win, and certainly to win decisively. While Pew Research has shown that most of America’s independents historically lean one way or the other, more independents are up for grabs for several reasons. One is roaring inflation and out-of-control federal spending and debt. Another is the growing perception that the Democratic Party is out of touch with the practical concerns of ordinary Americans. Independent voters want Washington to confront issues rather than just kick the can down the road.

All this may or may not be good news for Republicans, depending on its presidential nominee and whether the party puts forward a candidate and agenda that energizes the base while corralling independent voters.

According to the Bangor Daily News, Maine has added roughly 60,000 new registered voters since the last gubernatorial election with Democrats, adding nearly twice as many new, previously independent voters as Republicans during that period.

Virginia is a different story. The 2021 Virginia gubernatorial election that resulted in a narrow victory for Republican Glenn Youngkin over Democrat Terry McAuliffe highlights the importance of the independent vote. Of the 30 percent of voters that self-identified as independents, Youngkin captured 54 percent while in the 2020 presidential election; then-President Donald Trump managed only 38 percent of the independent vote.

The backdrop for this growing political unrest and economic anxiety is the superpower rivalry between China and the United States. Since 2000, China has gone from representing 3 percent of the global economy to 17 percent while America has gone from 28 percent to 23 percent. The American brand of a dynamic economy, political stability, and military strength is under pressure while China views America as divided, distracted, and in relative decline.

To keep America as the world’s leading power, the first order of business for the Republican Party is to focus on what unites and matters most to Americans. This means leading with optimism to turn anxiety into ambition by focusing on three things: getting America’s finances in order; providing a roadmap to greater economic and financial security; and a smarter, more pragmatic foreign policy.

Next is getting unchecked federal spending and debt back under control. In fiscal year 2021, federal spending represented a remarkable 30 percent of GDP. Over the last five years, Washington has added $10 trillion to our national debt. This is obviously unsustainable.

A “conservative internationalist” approach to foreign affairs makes fewer commitments but consistently keeps them, earning trust and credibility. It leads with economic leverage and deploys a more agile and technologically advanced military that deters China, strengthens freedom of navigation, and develops a favorable balance of power in the Indo-Pacific.

Independents are up in arms and will play a critical role this fall and in both the presidential nominating process and the 2024 election. This could help the GOP if it takes nothing for granted and reaches out to more independents to build a grand coalition.

Carl T. Delfeld is a fellow at the Hay Seward Economic Security Initiative, publisher of the Independent Republican, and represented America on the board of the Asian Development Bank. His latest book is Power Rivals: America and China’s Superpower Struggle.