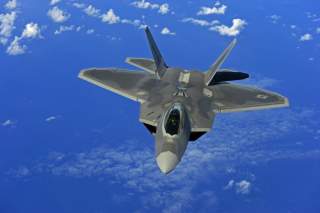 PRESIDENT BARACK Obama rounded the bend into his final lap in office with the clear objective of subordinating foreign affairs to his domestic legacy. Given what he can only view as favorable developments—a drop in oil prices, jobs growth and low inflation—Obama will be even less inclined to allow foreign concerns to impinge on his agenda over the next two years. This approach is understandable, convenient—and unfortunate.

Obama’s approach is rooted in a defensive crouch that sees Afghanistan and Iraq as the new lodestars of American foreign policy. Things certainly went badly wrong in both countries. But what went awry does not carry the implication that America should casually emasculate itself, substituting passivity for overreach. Put bluntly, the lessons that Obama drew from Afghanistan and Iraq were scarcely the product of agonized meditations; rather, they were complacent ones that ratified his conviction that America habitually does more damage when it intervenes abroad than when it remains aloof.

Obama clearly prefers to maintain his long-standing policy of sidestepping military commitments—other than to fight the Ebola virus—while seeking to negotiate agreements with Iran and between Israel and the Palestinians. He would maintain, but not intensify, sanctions imposed on Russia; cut a deal with Iran or punt the nuclear matter to the next administration; go slow on arming the Syrian opposition while avoiding any commitment of land forces to the ongoing Middle Eastern wars; complete the withdrawal of all American combat troops from Afghanistan; make much of his “pivot” to Asia; and trumpet his latest initiative, the agreement to normalize relations with Cuba. Unfortunately, the international security environment will continue to demand both his attention and his active participation, whether he likes it or not. What America therefore requires is something much more ambitious—a program of renewal that ensures military, political and diplomatic dominance.

AMERICA’S REORIENTATION must start with its Russia policy. Not since the 1968 Soviet invasion of Czechoslovakia had one European nation invaded another until Russia invaded Georgia in 2008. By then Georgia had already effectively lost some 17 percent of its territory to Russia in the form of the puppet states of Abkhazia and South Ossetia, both of which had declared their independence in the early 1990s and had since depended on Russian military and economic support. Vladimir Putin formally recognized both states in the aftermath of the war. Putin also supported two other rebel regions, Nagorno-Karabakh, an Armenian enclave in Azerbaijan, and Transnistria, which declared its independence from Moldova in 1990. Yet no action Putin had taken was as blatant as his annexation of Crimea in March 2014 and his not-so-secret invasion of eastern Ukraine one month later. There are now two puppet “people’s republics” beholden to Russia, Lugansk and Donetsk, both of which have held out against the Ukrainian armed forces thanks to arms and aid furnished by the Kremlin.

Even as Russia was expanding its control in what it terms its “near abroad,” it was also upending long-standing arms-control agreements. True, in 2010 Moscow and Washington signed the New START agreement, which reduced the number of missiles, launchers and warheads on both sides. Yet already, in 2007, Putin had suspended Russian participation in the Treaty on Conventional Forces in Europe, ostensibly because of American plans to base missile-defense systems in Poland and the Czech Republic. With much less fanfare, Russia also began systematically to violate the Intermediate-Range Nuclear Forces Treaty, a key accord that signaled the winding down of the Cold War in 1987. In particular, the Kremlin has been testing a cruise missile capable of targeting Western Europe. This is unacceptable. Yet the Obama administration hesitated for months before openly accusing Russia of violating the treaty, waiting until December 2014 to acknowledge what had been widely suspected for some time.

Finally, Putin reached out to China in an attempt to bring the two countries closer together than at any time since the mid-1950s. China became Russia’s second-largest arms-export market in 2013. Moreover, Moscow has indicated its readiness to export of some of its most advanced weapons systems to China, including the SU-35 fighter and the S-400 air- and missile-defense system. Russia and China have begun to conduct joint military exercises, both bilaterally and within the framework of the Shanghai Cooperation Organization. Their naval exercises were an unambiguous joint response to the much-ballyhooed American pivot to Asia. Finally, after years of tentative negotiations, Moscow and Beijing signed a $400 billion deal in which Russia would provide gas to China for thirty years.

By mid-2014 it was clear, even to the Obama administration, that its “reset” policy for Russia was in shambles. Its first attempt at reversing course was a series of sanctions imposed on Russia after the invasion of Crimea by the so-called little green men. These sanctions were so weak as to be laughable. Obama and America’s equally timorous Western allies finally imposed tougher sanctions after Crimea was formally annexed, but it is questionable whether even these sanctions would have hurt the Russian economy had there not been a simultaneous drop in world petroleum prices. With Russia a major petroleum producer, and its budget built to balance when crude oil sells at $100 a barrel, the recent drop to half that price has caused the collapse of the ruble and seriously endangered the Russian economy.

With the Baltic states especially fearful of possible Russian attempts to destabilize them, given their substantial Russian-speaking minorities, Obama also dispatched some land forces to each of the three small NATO allies, thereby reversing the administration’s ongoing process of withdrawing troops from Europe. But these were only company-sized forces, a mere few hundred troops. Once again, Obama was all talk. The forces he dispatched could hardly deter anything more than a major riot, if that, and certainly did not reassure the Estonians, Latvians and Lithuanians.

Obama’s dilemma is clear: he can neither condone Putin’s adventurism nor accept his revisionist attitude toward arms-control agreements. Nor can he look kindly upon Putin’s growing coziness with China. Yet he knows that he must avoid an all-out confrontation with Moscow. Russia is not the Soviet Union, which was ideologically driven to defeat the West. In truth, Russian foreign policy likely represents more of a throwback to the czarist era. While Secretary of State John Kerry may disapprove of what he has termed Moscow’s “nineteenth century” behavior, it must be confronted not with emotional rhetoric but in cold, hard terms. Russia remains a major military power, and the world’s second-strongest nuclear power at that. Moreover, despite very real differences, there are still major areas of cooperation between Moscow and Washington, notably fighting Islamic terrorism—which has caused more Russian than American deaths—and maintaining a stable Afghanistan.

The administration is not known for its long-range strategy—Obama has all but derided the term—but in the case of Russia it certainly needs one. Obama needs to show Putin that America does not cower before bullies. Washington should maintain its economic sanctions on Russia, and be prepared to levy much tougher new ones should Putin either continue to undermine arms-control treaties to which Russia is a signatory, or threaten further to expand Russia’s borders. The United States should also station a full battalion in each of the Baltic states, with brigade headquarters in one of them. This is not all. An additional brigade should be stationed in Poland. Two brigades would, in effect, replace the two brigade combat teams that the administration precipitously withdrew from Europe and deactivated before Putin’s revanchism in Ukraine.

At the same time, the administration should continue its not-so-secret effort to seek common ground with Russia, whether in terms of cooperation against Islamic terrorists; finding a peaceful solution to the Syrian civil war; coordinating policies regarding North Korea; and maintaining a stable Afghanistan. This will not be easy, and demands a degree of nimbleness not often associated with the Obama team.

IRAN’S NUCLEAR-WEAPONS program has bedeviled the Obama administration since it first took office. If he fails to reach a deal with Tehran, President Obama would dearly like to bequeath the Iranian conundrum to his successor. Endless negotiations could achieve his objective; so too could another interim agreement that would require review only after someone new is ensconced in the White House. Given the continual postponement of deadlines for completing the current negotiations, it certainly is possible to contemplate the likelihood of a two-year delay; the next president would then have to come to grips with the Iranian mullahs.

Obama faces another challenge. He cannot be certain that Israel will refrain from launching an attack on Iran’s nuclear facilities, with or without first consulting Washington. For the moment, the Israelis seem content to see the Iranians squeezed by the international sanctions that are still in place, coupled with the ongoing drop in the price of petroleum, upon which the Iranian economy heavily depends. But should most of those sanctions be lifted as a result of an interim agreement between the United States, the Europeans and Iran, or should the price of oil rebound so that Iran seems capable of withstanding sanctions while pushing ahead with its program, Israel may decide that the moment has arrived to strike directly.