Russia’s Invasion of Ukraine Is a Western Tragedy 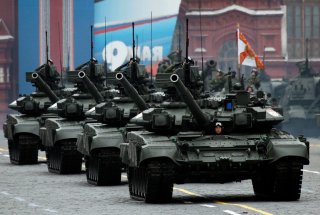 Often Russia was seen as a power in decline that could not credibly challenge Western goals, but this has repeatedly been proven false. The invasion of Ukraine is simply the latest example.

Putin’s project will not stop at Ukraine; he aims to reconstitute the USSR and the Warsaw Pact. The Russian heartland—where most Russian-speakers live—is part of the vast European plain, a flat land that is very hard to defend. Since the time of the czars and the Soviets, Russia has sought to close the geographic entry points to its endless plain by expanding its borders west and south. Putin is simply doing what every Russian leader has sought to do since the reconstruction of modern Russia in the seventeenth century.

Today, Putin continues to speak the language of war, putting his nuclear forces on high alert, while the West speaks the language of economic sanctions, including shutting Russia out of the SWIFT international banking settlement service.

Removing selective Russian banks from the SWIFT system will compromise their ability to act on a global scale. Sanctions that bar the Central Bank of Russia from deploying its reserves, in a way that could undermine the impact of sanctions, could also weaken Russia’s economy. The crackdown on “golden passports,” that gave wealthy Russians access to Western financial systems, has already angered Russia’s oligarchs.

Certainly major and unprecedented sanctions that could paralyze the Russian commercial banking system—and with internal Russian interest rates climbing from 9 percent to almost 20 percent over the past week, Russia’s economy may be uniquely weak in the face of sanctions.

Will these sanctions be enough? No one can know how long Putin will resist. Until Putin relents, the Kremlin will set the agenda.

There is a real risk that this crisis will spread and envelop the United States and Europe in a larger war. Putin’s not-so-subtle threat of nuclear escalation in response to Western interference is a stark reminder of the dangers.

Containing Russia’s territorial ambitions and preventing it from invading other neighbors or launching nuclear strikes requires the U.S., the indispensable nation, to make certain geostrategic changes that only it can make.

European history reminds us that failure to confront a tyrant can have horrific and generational consequences. Whether this is one of those moments remains to be seen, but as it becomes clearer that the valiant and vigorous attempts at diplomacy are falling on deaf ears in Moscow, the military dimensions of a response must be defined now.

President Joe Biden, by standing tall in the face of this Russian escalation, is sending a valuable signal to democracies around the world. That message is vital to ensure the security of small democracies that have larger and threatening neighbors, such as Poland, the Baltic states, and Taiwan.

To be sure, diplomats must continue to negotiate for peace to rescue Ukraine from the deaths and dispersion of its people and to prevent a potentially destabilizing refugee crisis from rocking NATO. But more must be done.

The West must act. First, the West must further tighten sanctions against Putin’s entourage as well as Russian companies, not only those operating in Europe but those operating in Asia. Sanctions must also affect Putin’s ally, Belarus. Second, it must strengthen NATO’s military capabilities in coordination with allied countries, such as France and the United Kingdom, and put in place a military strategy that protects European countries vulnerable to any Russian invasion such as Poland, the Baltic states, or Romania.

The United States must fully play its role as world leader and protector of democracy. This is not a time for half-measures. U.S. leadership will not only be appreciated by allies but by people around the world.

Ahmed Charai is a Publisher of The Jerusalem Strategic Tribune. He is on the board of directors of many Think-Tanks including the Atlantic Council, International Crisis Group, Center for Strategic and International Studies, Foreign Policy Research Institute, and Center for the National Interest.