The Real Lesson for Taiwan From Ukraine 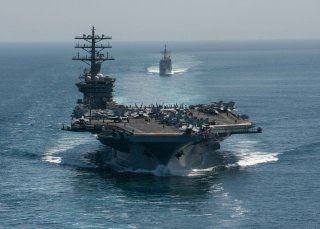 Much commentary over the past several weeks has speculated on the war in Ukraine’s potential implications for Taiwan. The focus has been on the possibility that Beijing will interpret Washington’s decision not to directly intervene militarily in support of Ukraine and the U.S. preoccupation with the crisis there as a green light to launch an attack on Taiwan. Analysts have made many comparisons between Ukraine and Taiwan, most of them invalid, largely because Ukraine is a sovereign country and Taiwan is not recognized as such by most of the world. Yes, Kyiv’s plight should remind Taipei of its need to bolster its self-defense capabilities. But Beijing is not going to seize the opportunity to attack Taiwan in the near term, mainly because it has not been looking for an opportunity to do so—it is looking for reasons not to. Instead, the most important lesson from the Ukraine crisis regarding Taiwan is not for Beijing or Taipei, but Washington. It’s about ignoring history and assigning blame.

One of the reasons President Vladimir Putin attacked Ukraine was his judgment that, over the past two decades, the United States and its European allies have ignored Russian security concerns and threat perceptions, particularly about the North Atlantic Treaty Organization (NATO) expansion. Many experts have rejected this notion, denying the existence of assurances in the 1990s that the United States would not expand NATO, and—more to the point—dismissing Putin’s claims that Ukraine or NATO expansion could pose any threat to Russia. Experts have cited other drivers of Putin’s behavior as more decisive, including his megalomania, contempt for democracy, and Russian revanchism. The brutality of Putin’s assault on Ukraine has now eclipsed many of these arguments. But the issue of NATO expansion is not just water under the bridge.

Scholar Stephen Walt wrote last week that “one can believe that Russia’s present actions are wholly illegitimate and also believe that a different set of US policies over the past several decades would have made them less likely.” Indeed, American diplomat George F. Kennan—the prominent Russia expert and father of “containment” policy—famously predicted in 1997 that NATO expansion “would be the most fateful error of American policy in the entire post-cold-war era” because it would probably “inflame the nationalistic, anti-Western and militaristic tendencies in Russian opinion ... restore the atmosphere of the cold war to East-West relations, and impel Russian foreign policy in directions decidedly not to our liking.” (Note that this prediction predated Putin’s tenure as Russia’s leader.) This is exactly what has happened.

Yet Washington is disinclined to acknowledge that its support for NATO expansion over the past twenty-five years has contributed to the situation we face today. Instead, Putin’s decision to invade Ukraine is attributed exclusively to Russia’s inherent imperialism and expansionism and/or Putin’s inherent evilness and irrationality. In this explanation, nothing Washington did either fueled or could have negated Moscow’s inevitable determination to reclaim Ukraine as part of the Russian sphere of influence, if not the Russian state.

What this elides is the possibility that Moscow and even Putin personally might have been willing to accept a sovereign and independent Ukraine indefinitely as long as the West did not draw it into a U.S.-led sphere of influence. But as NATO expansion proceeded incrementally over time, and the potential inclusion of Ukraine was broached, Putin’s discomfort and antagonism grew incrementally as well. The 2014 removal of a pro-Russian president in Ukraine exacerbated this discomfort, which prompted Putin to annex the Ukrainian province of Crimea. Ultimately, Putin was not satisfied by assertions that Ukraine did not yet qualify for NATO membership and probably would not be considered eligible for several years. In his view, only a guarantee that it would never become a NATO member would be sufficient to assuage Putin’s fear that Ukraine might join a hostile bloc and bring it to Russia’s border.

It may well be that even Ukrainian neutrality would not be acceptable to Russia over the long term, and that some effort to incorporate Ukraine into Moscow’s sphere of influence was inevitable. But surely, even this would be driven in part by Russian perceptions of U.S. and NATO policies toward Ukraine, especially Moscow’s suspicion that Washington was determined to prevent Kyiv from falling under exclusive Russian influence.

This all resonates with the case of Taiwan. From Beijing’s perspective, the counterpart to Washington’s support for NATO expansion in Europe has been its incrementally tighter embrace of Taipei over roughly the same time period. Ukraine’s post-Soviet independence and democratic development coincided with the democratization of Taiwan and the “rise” of China, which over time have produced tactical and rhetorical shifts in Washington’s “One China” policy. For example, U.S. policy toward Taiwan came to incorporate the notion that any resolution of the island’s long-term future must have the assent of the people of Taiwan. This mirrored the Ukrainian case inasmuch as Beijing, like Moscow, sees democracy as a latent threat to its strategic preferences. Washington has also gradually upgraded the nature and scope of its “unofficial” relationship with Taiwan, and its promotion of Taiwan’s participation in multilateral organizations and global affairs. This process has been as incremental as the cumulative tranches of NATO enlargement. And much as NATO expansion was moving toward incorporation of Ukraine into the U.S. sphere of influence, the U.S.-Taiwan relationship has been moving gradually towards one of strategic alignment at Beijing’s expense. Indeed, this was corroborated in recent Congressional testimony by a senior Biden administration official who characterized Taiwan as a strategic asset that was “critical to the defense of vital US interests in the Indo-Pacific”—a view increasingly reflected in Congress.

Beijing has perceived this as a cumulative encroachment by the United States into an area of vital, geographically proximate, and historically strategic importance to China—much as Moscow views Ukraine. Chinese leaders routinely complain to and warn Washington about the potential implications of this trend, just as Putin has warned Washington for decades about the implications of NATO expansion. Yet Washington routinely denies that there has been any substantive change to its “One China” policy, and instead attributes rising tensions across the Taiwan Strait exclusively to Beijing’s coercive and uncompromising nature, expansionist ambitions, and/or Xi Jinping’s personal desire to achieve unification. In this explanation, neither Washington nor Taipei have altered the status quo or retreated from any prior commitments regarding “One China.”

But just as NATO expansion has progressively altered the strategic environment that Russia faces in Europe, Washington and Taipei have essentially changed the status quo on the Taiwan Strait—with Taipei’s retreat from the “One China” framework and Washington’s implicit support for that retreat. And just as Moscow tolerated an independent Ukraine for thirty years because it was not aligned against Russia as part of the U.S./NATO sphere of influence, Beijing has tolerated Taiwan’s separation from the mainland for forty years because Washington had recognized Beijing as “the sole legal government of China” and disavowed any pursuit of a “one China, one Taiwan” policy. Now, however, Beijing judges that Washington has been drifting toward just such a de facto policy, thereby encroaching on China’s security and sovereignty claims—just as NATO expansion fueled Russian security concerns.

One paradox here is that the eastward movement of NATO, by feeding Russian threat perceptions and thus Moscow’s consideration of a forceful response, appears in part to have fueled the very threat it was designed to guard against. Similarly, the tighter U.S. embrace of Taiwan, by undermining Beijing’s confidence in the “One China” framework and stimulating its contemplation of military action to enforce it, is increasing the danger to Taiwan that that framework was partly designed to negate or deter. Indeed, some observers appear to judge that, because Ukraine’s lack of a Western security guarantee facilitated Putin’s decision to attack, Washington should preempt a similar calculus in Beijing by giving Taiwan an explicit security guarantee—by shelving the longstanding US policy of “strategic ambiguity” in favor of “strategic clarity.” But if the mere prospect of a NATO security guarantee for Ukraine was one of the catalysts for Putin’s invasion, declaration of a U.S. security commitment to Taiwan is more likely to prompt a Chinese attack than deter it.

The longer-term implications of all this should be self-evident. To whatever extent Putin attacked Ukraine because Washington had disregarded Russian concerns about NATO expansion, it is not inconceivable that Beijing might feel similarly compelled—at some indeterminate point—to use force against Taiwan if Washington continues to deflect Chinese concerns about the erosion of the “One China” framework, and to deny any responsibility for cross-Strait tensions. If Putin lashed out at Ukraine after concluding that Moscow’s strategic interests were not being addressed, Beijing may well lash out if it ultimately concludes that its prior understandings with Washington on the Taiwan issue are no longer operative. If that happens, America will probably be as shocked and outraged by Beijing as it is by Moscow today. But it should not come wholly as a surprise. If Washington wants to avert a crisis in the Taiwan Strait, it should consider ways to preempt a calculation by Beijing that a use of force is its only viable option.