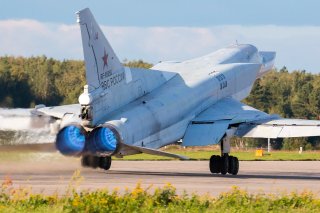 There is a growing chorus of concern that the Biden administration’s Ukraine policy is falling into an escalation spiral that could ultimately result in World War III. At first glance, the history of the United States’ entry into World War I and World War II seems to serve as a perfect cautionary tale to support those concerned with the risks of escalation. In 1914 and 1940 the U.S. government took a firm stance in opposition to entry into war. In both historical cases, increasing U.S. aid to one side of belligerents triggered adversary reactions and contributed to a security spiral, making U.S. entry into both wars more likely.

There are two significant differences between the world wars and the present case that provide reason for optimism in this case. First, as the early years of both world wars unfolded, the U.S. government’s perceptions of threat hardened as a result of the leading adversary’s battlefield successes and actions targeting the United States. These growing threat perceptions pushed the United States to escalate, which was a critical factor in the security spiral. In both cases, the American public and U.S. Congress watched the carnage unfolding in Europe with horror. The only thing that overcame their reluctance to pay the costs of entry into war was the growing perception that Imperial Germany and Nazi Germany were threats to U.S. interests.

Since the February 24 invasion, American policymakers have downgraded their assessment of Russian military power, and Moscow has not taken any significant new action to threaten U.S. interests, so there is no reason for the United States to risk war via escalation. Nuclear arsenals on both sides are a second novel factor in this case. Today, war with Russia promises not just carnage but Armageddon, and the risk of Armageddon imposes an extraordinary level of caution, which we see manifest in real concern in the American public and Congress about the risk of war with Russia.

When war broke out in Europe in August 1914, Woodrow Wilson’s administration declared neutrality. As the war progressed, the United States’ exports to the Entente powers increased dramatically: in 1914 U.S. exports to Europe exceeded imports by $500 million, whereas in 1917 difference was $3.5 billion. Of the $7 billion that flowed to the Entente powers during the neutrality period, munitions totaled $2 billion. Germany’s Kaiser Wilhelm approved unrestricted submarine warfare in 1917 in an attempt to cripple the Entente by limiting their access to the increasingly important U.S. aid.

Germany’s unrestricted submarine warfare campaign represented a significant and growing threat to U.S. interests. Within weeks of the new campaign’s start, fifteen Americans died with the sinking of the merchant vessel Vigilancia and twenty-one perished with the sinking of the Healdtown. In asking Congress to declare war, President Woodrow Wilson lamented that Germany’s submarine campaign was a threat to U.S. interests, to “the safety of its ships and the security of its citizens against wanton murder on the high seas.” Germany further threatened U.S. interests through sabotage, including an attempt to destroy the Welland Canal. Finally, in February 1917, the U.S. government learned of the “Zimmerman Telegram,” wherein Germany offered a military alliance to Mexico in the event that the United States entered World War I.

In the early years of the Great War, the American public and U.S. Congress were firmly opposed to U.S. entry, providing a break on entry into the war. Historian Arthur Link wrote that the main reason for American anti-war sentiment was “the daily news of the increasing carnage on the western front, the belief that the war was endless, and the still prevailing conviction that American security would be threatened whatever the outcome in Europe.” The most important factor in convincing the American public and the Congress to accept the costs of war was Germany’s unrestricted submarine warfare campaign and the subsequent sinking of American ships.

In April 1940, Adolf Hitler’s Nazi Germany invaded Norway and occupied Denmark. Despite increasingly urgent pleas from Britain and France, Franklin Delano Roosevelt’s administration refused to enter the war. FDR’s administration did provide military aid to the countries fighting Nazi Germany, however. In September 1940, the United States agreed to the “bases for destroyers” deal with the United Kingdom, wherein the United States offered fifty aging destroyers in exchange for eight Atlantic air and naval bases. A fundamental shift occurred in March 1941 when Congress passed the Lend-Lease Act, which gave the president the power to lend or lease war supplies to any nation deemed vital to the defense of the United States. Lend-lease was a lifeline to the British, and—after Hitler’s June 1941 invasion of the Soviet Union—Soviet war efforts and the Germans knew it.

From April 1940 to December 1941, FDR’s administration became convinced that Nazi Germany was a threat to the United States. Nazi Germany’s rapid victory over France (June 1940) and ability to bomb Britain (fall 1940) with impunity were both indicators of German military power and signs that the United States could not rely on others to defeat Hitler. In May 1941, FDR declared a state of unlimited emergency, explaining that “Adolf Hitler never considered the domination of Europe as an end in itself. European conquest was but a step toward ultimate goals in all the other continents.” Nazi Germany’s invasion of the Soviet Union in June 1941 initially yielded massive territorial gains and seemed to foreshadow the fall of the most powerful state standing between Germany and the United States. In a year and half, Nazi Germany had gone from a threat the United States hoped Europe could handle to one on the cusp of dominating the continent.

As World War II began, FDR was concerned with the threat Nazi Germany posed but was restrained by the American public and U.S. Congress, who were opposed to entry into the war. Vivid reporting in Time and Life magazines on Germany’s invasion of Poland and the Battle of Britain only served to convince Americans of warnings of those such as Charles Lindbergh that entry into war would mean the loss of “the best of American youth.” Germany’s rapid and thorough conquest of Europe and the German U-boat sinking of the USS Reuben James led to a change in sentiment. By October 1941, 70 percent of Americans said it was more important to defeat Hitler than to stay out of the war. Of course, Japan’s attack on Pearl Harbor finally brought the United States fully into World War II (as Germany declared war on the United States), but the consensus in the FDR administration was that Germany was the primary threat and only by entering the war against it could the U.S. eliminate that threat.

The Biden administration’s response to Russia’s full-scale invasion of Ukraine has differed significantly from the Wilson administration’s response to the outbreak of the Great War and FDR’s response to the Second World War. The United States has promised over $10 billion in military aid to Ukraine since January, including $775 million announced on August 19. The Biden administration has also, however, exercised great care to avoid any serious escalation that might lead to direct conflict between the U.S./NATO and Russia. The administration has consistently dismissed calls for a no-fly zone or any other action that could risk a direct military clash with Russia. As President Joe Biden said in March: “We will not fight a war against Russia in Ukraine. Direct conflict between NATO and Russia is World War III, something we must strive to prevent.” The administration has also been careful about the kind of military aid is has provided. For example, it has resisted supplying Ukraine with fighter aircraft that could be used to attack Russian territory. Finally, the United States has asked Ukraine to not use American-supplied weapons to attack Russian territory (and, so far, Ukraine seems to be complying) even as Washington supports Kyiv in re-taking territory it previously lost to Russia.

Prior to February 24, 2022, U.S. government officials were concerned with Russia’s military power, especially in the event of a war near its region. As the war has gone on, however, Russia has suffered serious setbacks that cast doubt on its military power. Russia’s attempt to seize Kyiv and conquer all of Ukraine failed miserably. Only a month after initiating the war, Russia was forced to pull back from its assault on Kyiv, instead focusing on the Donbas in Ukraine’s east. Thus far, Russia has also failed in the far more limited objectives of solidifying control of the Donbas and Kherson in Ukraine’s south. While both sides have suffered major losses, it is Ukraine that has recently seized the initiative. These setbacks reveal Russian weaknesses that were present prior to the war. As U.S. ambassador to NATO Julianne Smith said in a July interview, many thought Russia’s post-2008 military modernization had been successful. Instead, she said, the war has revealed that despite investments, “…they have not been able to eliminate some of the core challenges” that existed previously in logistics, command and control, and morale. In addition, the war itself has contributed to further losses in Russian power. In all, Russia has suffered substantial losses of its rank and file (recent estimates are 20,000 Russian troops dead and 50,000 wounded) and officers (thousands of lieutenants and captains and hundreds of colonels). Finally, and in contrast to the two world war cases, Russia has not escalated action against the United States or U.S. interests since the war began.