For Russia and the West, the Moskva’s Sinking Is Truly Historic 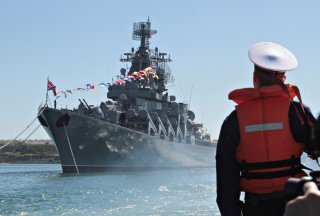 In 2019, the commander in chief of the Russian Navy, Admiral Nikolai Yevmenov, was invited to Japan by Admiral Hiroshi Yamamura. The caption in the photo-op, posted on social media by the Japanese Maritime Self-Defense Force, was relatively benign, simply stating that “ADM YAMAMURA Hiroshi, Chief of Maritime staff, invited officially ADM Nikolay Yevmenov, commander-in-chief of the Russian Navy. They discussed about the current situation and the Japan-Russia defense exchange, promoted mutual understanding.” 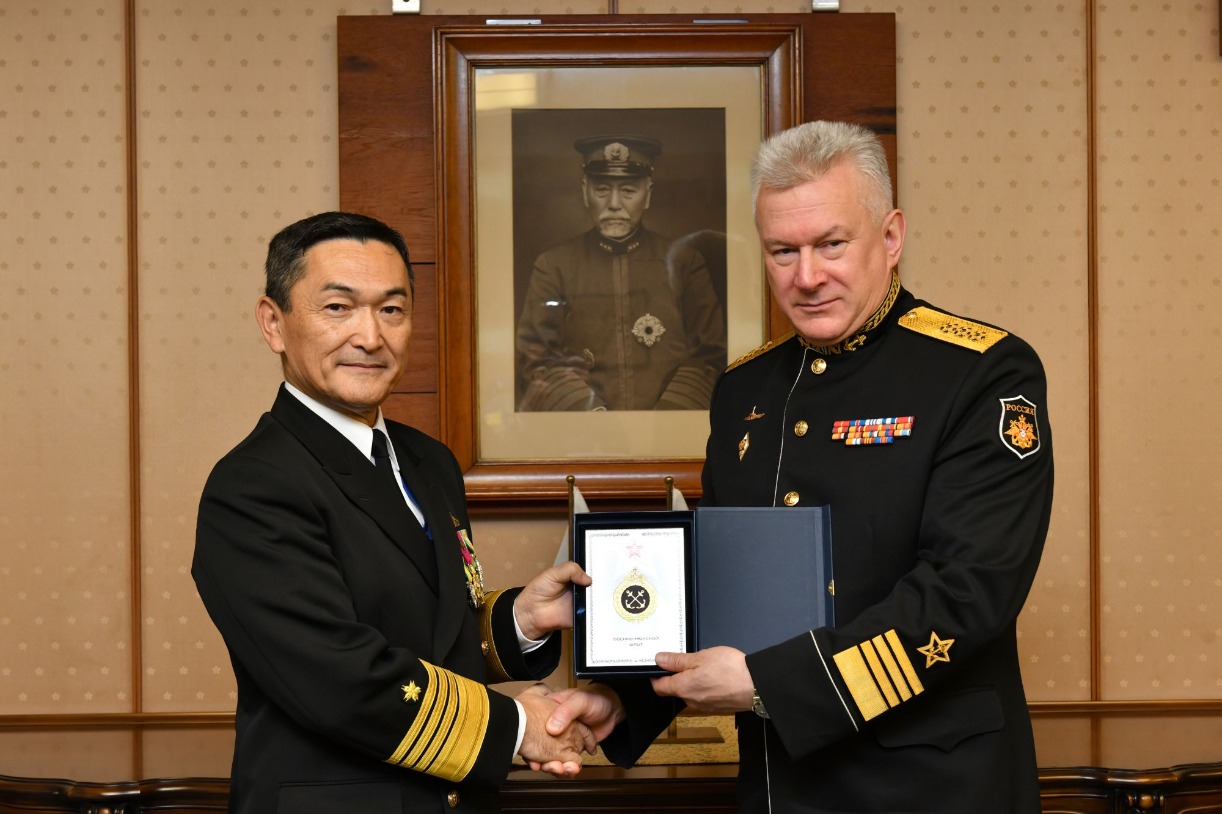 The photo op was, however, more interesting. It was done in front of a peculiar portrait, one of Marshal-Admiral Togo Heihachiro, the legendary Japanese admiral who destroyed Russian fleets twice in battle and sunk and captured thirteen of the Imperial Russian battleships between 1904 and 1905. The second battle was near Tsushima, one of the fiercest Russian naval defeats in history, that relegated the Russian Navy to second-tier status, from which it only recovered after World War II. This would qualitatively be similar to a British and French admiral meeting under a portrait of Horatio Nelson, or a British and German admiral meeting under one of J C Tovey, or a Japanese admiral invited in the United States to dine under a statue of William Halsey Jr. or Chester W. Nimitz.

For no fault of his own, Yevmenov had been living under the shadows of Tsushima like all Russian admirals before him—until last week. Last Thursday, the Russian flagship of the Black Sea Fleet, Moskva, sank under mysterious circumstances after an alleged attack by Ukrainian coastal missile batteries and a subsequent explosion. As Yevmenov is still the Russian naval commander in chief, his name will now forever be associated alongside Admirals Zinovy Rozhestvensky and Nikolai Nebogatov, the officers who led to the destruction of the tsar’s fleet in the battle of Tsushima.

The sinking of the mighty Moskva is a milestone in naval warfare. It is the first loss of a Russian flagship since the battle of Tsushima in 1905. It is the biggest loss of a Russian warship in enemy fire since World War II. It’s the first loss of a Russian capital ship since losing of Marat due to German fire. It is currently the biggest capital ship lost post-World War II in anger since the losses of Belgrano and Sheffield during the Falklands War. It is a big setback for Russia and a major loss of prestige as losing the flagship of the Black Sea Fleet from an adversary with essentially no navy of its own. Words cannot explain how historic this is.

The loss of Moskva also means, among other historic things, one of the top threats to U.S. aircraft carriers just went away. Russian Slava-class ships (of which two are left, in Russia’s Northern and Pacific fleets) are designed to attack carrier strike group escorts, as independent capital ships, sort of like Scharnhorst or Gneisenau during World War II. Moskva, a ship designed solely to kill carriers, now sunk by stray missiles in a localized war, its unused armaments lost. One can imagine the despair the Russian high command is now facing. What an absolute waste of an asset, that is determined by Forbes to be around $750 million.

The news of Moskva’s sinking was a matter of febrile social media speculation until official Russian state media confirmed it. After all, the Snake Island story was half true, and the earlier news of the sinking of the Russian patrol boat Bykov turned out to be fake. It is not prudent to trust news coming out of either Ukraine or Russia, especially during the fog of war. But the confirmation of Moskva’s sinking leads us to more questions than answers. After all, she had three layers of air defenses. Why was she not able to detect and stop a couple of puny Neptunes? Why was she so close to the coast, when the Russian intelligence wasn’t sure if Ukrainians are still operating functional coastal batteries? Was she following a predictable pattern? Moskva had close-in air defenses that could quite literally create a wall of flak.

According to an unnamed Western official,

One of its key roles was to provide the command and control function across those vessels operating in the Black Sea ... they ought to have sufficient capability to continue to provide air defence [to] their maritime forces.

Does that mean her upgrades were not done properly? In that case, is this symbolic of all Russian military upgrades? Put simply, was it incompetence, i.e., an individual human error, or structural problems, i.e., organizational errors due to either corruption or a sign of something far more systemic, that led to Russia losing a capital ship?

First analysis shows fire aft of Vulkan missiles and ahead of S-300 missiles, Possibly this is before a larger explosion

These questions have serious implications for future Anglo-American naval strategy. After all, in the age of contested multipolarity, most of the future battlefields are going to be, as ever, in the high seas. The fate of a tired old giant like Moskva, facing missiles from coastal defenses and sinking while trying to provide air-defense cover to her flotilla—work beneath her station, far from what she was meant to do—would pale in comparison to the absolute carnage that awaits both Chinese and Western capital ships in the Indo-Pacific.