Sanctioning Iran Is Risky for America 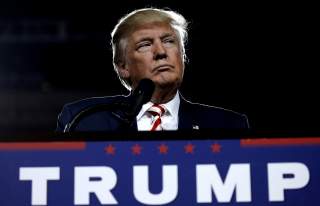 The Trump administration on Monday re-imposed all the sanctions on Iran that remained suspended following 2015’s Joint Comprehensive Plan of Action (JCPOA), the nuclear deal from which President Donald Trump withdrew the United States earlier this year. Targeting oil exports, banking, shipping and more, the sanctions are intended to bend Tehran’s will to Washington’s desires. “I am very confident that the sanctions…will have the intended effect to alter the Iranian regime's behavior,” Secretary of State Mike Pompeo said on Fox News Sunday. “That's our expectation.”

It is an expectation likely to be disappointed, and not—as reckless voices like Sens. Marco Rubio (R-FL) and Tom Cotton (R-AR) have claimed—because these measures are not tough enough. The sanctions are likely to be ineffective because sanctions are usually ineffective: they excel at harming the vulnerable and rarely succeed at coercing the powerful. This is particularly true when dealing with undemocratic states like Iran, where ordinary citizens who suffer sanctions’ ill effects have no real control over their government’s actions.

The risk of unintended consequences here is grave for all involved, threatening the wellbeing of the Iranian people, damage to U.S. relations with our allies and U.S. entanglement in a third Gulf War. These punitive measures with no plausible positive outcome are a route to further conflict, not cooperation, peace or the advancement of American interests. Our aim should be productive engagement with Iran, and fantasies about sanctioning Tehran into western-style democracy do not further that end.

Washington’s foreign policy establishment has come to see sanctions as an all-purpose tool of statecraft—a ready option when war seems excessive but compulsion necessary. In this regard, the Trump administration generally follows convention, but the evidence that sanctions work is flimsy at best, and positive outcomes cannot be reliably predicted.

Sanctions enthusiasts may tout a few success stories, but they are few indeed. A survey of eighty-five sanctions schemes for International Security found a mere four successes across a span of decades. Sanctions are “not likely to achieve major foreign policy goals,” the analysis concludes, though they will certainly “inflict significant human costs on the populations of target states, including on innocent civilians who have little influence on their government's behavior.”

Such costs have already been felt in Iran. “Over the last year and a half, families living in poverty rose from 22 percent to more than 40 percent, the rial plummeted at least 40 percent, and the price of food regularly consumed by Iranians—for example, milk, tea, fruits, and vegetables—skyrocketed,” wrote Beheshteh Farshneshani, an Iranian-American filmmaker, in The New York Times in 2013. “Moreover, the health of millions of Iranians has been compromised due to the shortage of western medical drugs and supplies. Asian replacements have proved ineffective and often result in severe side effects.”

One year prior, an Iranian boy named Manouchehr Esmaili-Liousi died of hemophilia, an entirely manageable condition, because the drugs needed to treat his disease were made unavailable due to western sanctions.

That recent history is apt to repeat itself soon, as the sanctions revived Monday do not include exemption guarantees for food, medicine and similar import basics. (There is a humanitarian aid exception, but its impact will be limited if the regular commerce of daily life is made impossible.) Iran’s hemophilia society is sounding the alarm, for banking sanctions will choke medicine supply lines, leaving existing inventories to dwindle. Esmaili-Liousi was the first civilian casualty directly attributable to sanctions on Iran, but he is unlikely to be the last.

The decision to refuse exemptions for these staples came over European protest, one of many points on which the sanctions jeopardize U.S. relations with these close allies.

The European Union collectively and European signatories of the Iran deal individually on Friday issued a statement “deeply regret[ting]” Monday’s sanctions revival, reiterating their displeasure with Trump’s choice to withdraw. Meanwhile, the White House is threatening sanctions against European nations if they do not abide by these sanctions they do not support. And this strain on relations with our European allies will not be the only unintended consequence for the United States.

The shortages these sanctions will engender are sure to foster anti-American sentiment in Iran, in this sense strengthening the very regime and extremist elements they are intended to weaken. Being able to blame the United States for hunger and illness is a boon to dictators and terrorists.

Escalation to war is a troublingly plausible outcome, too. Iranian president Hassan Rouhani declared the sanctions causative of a “war situation” Monday, pledging Iran will “resist and win.” The Trump administration may expect to follow the Obama formula of sanctions leading to diplomacy, but there is reason to be skeptical that pattern will hold.

Even if we credit previous sanctions (which, unlike these, were not a unilateral effort by Washington) with bringing Iran to the table for JCPOA, the situations present stark differences: the Obama administration sought a more limited deal, and it did so unencumbered by the uncertainty and mistrust withdrawal has fostered. The Trump administration has made clear its interest in a broad reshaping of Tehran’s behavior, and it seeks these concessions after exiting an arrangement with which all agree Iran was in compliance.

What worked once probably won’t work again, and layering on ever harsher sanctions risks unnecessary and avoidable war. Yet even in its absence, rushing headlong into this plan is dangerous for U.S. security. Beyond isolating us from allies, it naively limits U.S. options and creates an artificial urgency in U.S.-Iran relations in which military intervention becomes more likely.

A more measured and realistic approach would better serve America and the Iranian people alike. Diplomacy is a difficult prospect at this point, as Trump’s withdrawal from the Iran deal has obliterated whatever small foundation of good relations the agreement rebuilt after decades of mutual acrimony. Nevertheless, it is our only option to steer clear of avoidable and unnecessary conflict. Fortunately, Iran’s continued compliance with the deal means the slow and halting pace negotiations often entail does not put American security at increased risk. However frustrating it may feel, the surest course forward is simply to let Tehran know we’re willing to talk.

Bonnie Kristian is a fellow at Defense Priorities and weekend editor at The Week. Her writing has also appeared at Time Magazine, CNN, Politico, USA Today, the Los Angeles Times, Relevant Magazine, The Hill and The American Conservative, among other outlets.