Seven Ways a New Cold War with Russia Will Be Different 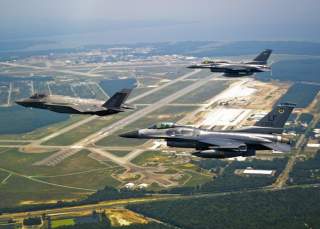 As fighting in Ukraine appears to intensify and separatists conduct a referendum on independence, observers in the United States, Europe, Russia and elsewhere are increasingly thinking and talking about a second Cold War between America and Russia. But would such a confrontation truly be a second Cold War or would it in fact be something else entirely? These seven key differences suggest that if there is a prolonged struggle between Washington and Moscow, it may not work in the ways that many seem to expect. Some of the differences would be good for America, some would be bad—and one could be ugly.

1.   The United States and Russia are not equals (or even close): Russia is no longer anything like a superpower peer of the United States. America’s economy is eight times Russia’s and the same is true of the European Union’s total economy, making a combined sixteen-to-one ratio. The U.S. defense budget is seven times Russia’s. Moreover, notwithstanding some erosion, the United States is in a stronger position internationally that it was during much of the Cold War, retains a significant technological and soft-power edge over Russia, and has expanding energy resources too. Russia’s economy has fallen into recession and is facing accelerated capital flight; Russia simply cannot sustain a long-term confrontation with the West in the way that the Soviet Union did. A new Cold War would not be a seventy-year endeavor.

2.   Russia has not (yet) articulated an attractive alternative ideology: The Soviet Union was a complex and long-term challenge in part because it attracted supporters. Though Moscow won some friends with generous arms shipments and loans on which it rarely collected, the U.S.S.R. also genuinely managed to inspire some with its combination of authoritarian rule (comfortable for elites) and populist socialism (appealing to publics—until it failed to deliver). Thus far, post-Soviet Russia has not defined a global message that mobilizes followers. It has a few clients, but no disciples. Russian President Vladimir Putin’s active defense of conservative social values from liberal Western encroachment looks like an effort to do just this, and might be appealing in some non-Western societies, but has not yet resonated in a politically meaningful way.

3.   Globalization and technology empower spoilers: Many have described how the modern interconnected world empowers individuals for good and ill. A more accurate assessment might be that globalization and technology empower the weak (in relative terms), whether individuals, organizations, or governments. Incorporating the sad and permanent reality that it almost invariably takes many to build but only one to destroy, Russia’s capability to utilize modern technologies like cyber-attacks toward disruptive ends could help Moscow to level the playing field with America and Europe. Science fiction fans will recall Paul-Muad’dib’s statement in Dune that “the power to destroy a thing is the absolute control over it”—and observers of Russia’s foreign policy will recognize echoes of this mindset in Moscow’s conduct.

4.   Being a regional power isn’t necessarily a weakness: President Barack Obama has derided Russia as a “regional power,” but this is not as problematic for Moscow as it may seem on the surface. First, Russia does not have the U.S.S.R.’s global interests and commitments and is therefore free to concentrate its resources in its immediate neighborhood. Second, because the United States is a global power, its far greater resources are thinly spread to rebalance to Asia and maintain readiness for Middle East and other contingencies. Third, and related, is the factor of time and distance—forces in Russia’s western military districts are much closer to potential conflicts in central Europe than most of the (dramatically reduced from Cold War levels) U.S. forces in Europe.

5.   Cold War 1 developed rules; Cold War 2 has none. By the time the Cold War ended, the United States and the Soviet Union had constructed an elaborate system of rules and signals to regulate their competition and mitigate risks. All of this is now gone—in fact, few remember its existence, much less its operation. If the United States and Russia enter a new Cold War, it will reset to 1945, not 1985. This means a new iterative trial-and-error process to define the rules—this time, starting with thousands of nuclear warheads, cyber-weapons, precision munitions and drones. And don’t forget sanctions, energy dependence, and angry Russian minorities in neighboring states. With global 24-hour television and the Internet, this mess will play out in real time. Governments on both sides will struggle to shape messages and manage public opinion in an environment totally unlike that of decades ago. This could produce powerful domestic pressures well beyond what early Cold War leaders had to handle.

6.   Geopolitics will be different: The Cold War was a period of bi-polar competition between the United States and the Soviet Union during which it was difficult for many to avoid taking sides. The United States amassed important second-tier allies and partners—Europe, Japan and eventually even China, when Richard Nixon successfully split Beijing from Moscow. Any new effort and containment and confrontation with Russia will run up against some unpleasant geopolitical realities in China, Europe and elsewhere.

With respect to Beijing, too many have over-interpreted China’s lack of vocal support for Moscow as a lack of practical support. If Chinese firms sign massive gas deals with Gazprom and Novatek, as looks quite likely to happen when Putin visits Beijing later this month, the absence of Chinese Foreign Ministry statements backing up Moscow’s annexation of Crimea will not matter too much—and Washington will have few options in expressing displeasure that don’t make things worse. If a new Cold War starts, it will be the pre-Nixon version, not the post-Nixon one, with the difference that China has reversed roles with the Soviet Union, is closing in on the United States economically and militarily, and is globally connected in ways the Soviet Politburo could never imagine.

Regarding Europe, the EU is finding itself unpleasantly trapped by the partial success of Western policies to integrate Russia that have produced deep economic connections between Europe and Russia without doing the same for the United States and Russia and without any real political convergence. As a result, Europe is divided between big economies (mostly to the west) that see economic dangers more than immediate security risks and smaller economies (mostly to the east) with a much greater sense of urgency. And however much Europeans’ hearts will be with Washington’s harder line, many of their minds will have second thoughts to a degree perhaps unprecedented during the Cold War.

7.   Nuclear weapons may play a different role: Mutual assured destruction prevented direct military conflict between the United States and the Soviet Union during the Cold War. Whether it will work equally effectively in a future contest between Washington and Moscow is less clear. Nuclear deterrence is fundamentally subjective and psychological and depends upon credible threats to use nuclear weapons in response to conventional or nuclear attacks. The United States deterred a Soviet invasion through Germany’s Fulda Gap—despite Soviet conventional military superiority—because Soviet commanders believed that Washington might actually use tactical nuclear weapons to slow or stop a breakthrough. Bluntly put, the question today is whether Putin (who may be around for some time) believes that Obama (or his successor) would do the same in the Baltic States or elsewhere in Europe. Together with Moscow’s huge advantage in tactical nuclear weapons, the wrong answer to this question might persuade Russian leaders that they can attack weak NATO members with relative impunity. This could have very dire consequences.

As a totality, these seven differences between the Cold War and any future contest with Russia suggest that while a new “Cold War” may be much shorter, it could nevertheless prove costly and—depending on China’s reaction—it could also have serious long-term consequences for U.S. interaction with its only potential peer-rival. U.S. officials should think long and hard before stepping onto this path.