Ships Passing in the Night: The New Disconnect Between Elites and Voters on Trade 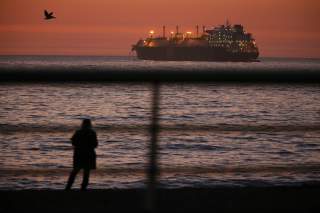 Whichever Democrat is chosen to face Donald Trump in 2020, it seems likely that voters will be offered two candidates for the presidency who share similar out-of-touch positions on trade. For despite overwhelming evidence that most Americans are ambivalent about trade or else hold pro-trade views, protectionist voices now enjoy outsized influence in both parties. This new disconnect in U.S. foreign economic policy promises to offer the average voter nothing more than stale soundbites between the candidates in the presidential debates.

According to a 2018 poll by the Chicago Council on Global Affairs, over 80 percent of Americans say that foreign trade is good for them as consumers and for the U.S. economy as a whole. The same poll found trade to be something of a valence issue, with self-described Democrats, Republicans, and Independents all reporting equal levels of support for economic openness.

But politicians do not always follow the majority opinion. Some voices are louder than others, especially during primary contests. And today, trade-skeptics enjoy disproportionate influence in both parties. On the Republican side, President Trump has made anti-trade rhetoric (and policies such as his trade war with China) central to his political persona. Even if most Republicans do not share his enthusiasm for protectionism, his most hardcore supporters seem to have drunk the Kool-Aid.

In the Democratic camp, critics of trade liberalization also seem to have taken on the mantle of kingmaker (or queenmaker). In 2016, Hillary Clinton won few plaudits for having helped to negotiate the Trans-Pacific Partnership (TPP) as President Obama’s Secretary of State. Even though the TPP was one of the most ambitious trade deals in history, which—despite its controversial provisions such as the Investor-State Dispute Settlement system—would have cemented American economic leadership in the Asia-Pacific. On the contrary, she was pressured into distancing herself from the TPP in the face of stiff opposition from Bernie Sanders.

Over a decade ago, political scientists Benjamin Page and Marshall Bouton published a book to document a foreign policy disconnect between elites and voters. On trade, the authors found that America’s leaders had pushed globalization faster and harder than the electorate had wanted. While most Americans were supportive of international trade in broad terms, voters were far more anxious than their leaders over issues such as the offshoring of jobs, the effects of immigration on wages, and the “race to the bottom” on workers’ rights and environmental standards.

Today, however, the political positions of President Trump and his would-be 2020 opponents are evidence of a new disconnect between political elites and the general public. Instead of racing ahead of the public on the issue of trade, the top tier of the governing class now seems to lag behind what the general public is asking for. The two have passed each other like ships in the night, with potentially serious consequences.

The reality is that free trade has mixed effects on the U.S. population, but that it is good for the economy overall. Evidence shows that voters understand this—or, at least, can be persuaded of it. But while anti-trade politicians such as President Trump and Senator Sanders are keen to stoke the passions of a vocal minority by focusing on the offshoring of jobs, aspirants for the presidency tend not to emphasize the relationship between tariffs and higher prices, for example.

What recourse do voters have? In the United Kingdom, centrist Members of Parliament (MPs) from the Conservative and Labour parties recently defected to form a new coalition of Independent Group MPs. One reason for their departure was shared opposition to Britain’s exit (“Brexit”) from the European Union, the largest and most lucrative single market in the world.

But if centrist politicians across the pond believe that they can better represent moderate public opinion outside of the two-party system, their counterparts in the United States would be foolish to follow suit. The Republican-Democrat dyarchy is rock solid, with third parties all but an impossibility. No matter how much he criticizes the President’s handling of trade, a self-proclaimed moderate like Howard Schultz will stand little chance as a third-party candidate—just as was the case with Jill Stein, Gary Johnson, and Evan McMullin.

In the United States, pro-trade politicians and voters will need to fight to reclaim their parties. With Trump at the helm, this is unlikely to happen inside the Republican fold any time soon. But it is still possible that the Democrats’ civil war over trade will be resolved in favor of the free-traders. After all, the road to the White House begins in Iowa, a farm state. Democrat hopeful Julian Castro will probably not be alone in pointing out the negative effects that Trump’s trade wars have on soy farmers there.

Convincing voters that trade policy is something worth fighting for is no easy task, as Alexander Guisinger has persuasively argued. Over the past few years, the protectionists seem to have done well by interlacing anti-trade rhetoric with promises on jobs, income inequality, immigration, and cultural issues. To fight back, proponents of free trade will need their own compelling narratives for why trade liberalization can address problems that matter greatly to the American voter.

As election season edges closer, however, the likelihood of the average voter being represented on trade policy seems to be diminishing. The two parties have all but assured as much by empowering political minorities whose views on trade do not chime with the economic interests of most Americans. Bringing the political class back into line with the general public’s moderate views on trade will be an ongoing challenge.

Ben Smith is an MA student at Colorado State University, where his research focuses on international political economy.