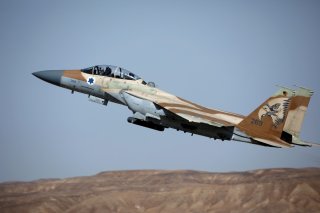 Keeping the Middle East free of weapons of mass destruction (WMD) has been a global concern for decades. One issue is regional states’ possession of chemical weapons, some of which have been used in warfare. While the Chemical Weapons Convention (CWC) bans the use of chemical weapons and demands that such weapons be destroyed by the states possessing them, this has not achieved fruitful results in the Middle East. Additionally, the risk of these weapons being used by non-state actors is another challenge for the successful implementation of the CWC in the region. This has a detrimental effect on the security of the Middle East and for the CWC to succeed, regional powers must take the lead to ensure peace and stability. To that end, although this path is fraught with political uncertainty and serious security concerns, Israel could take the lead in promoting a chemical weapons-free region by ratifying the CWC.

After its independence, Israel assessed that its existence as a state was under perpetual threat and considered the development of chemical and nuclear weapons essential for its survival. One account states that the initial motivation behind Israel’s chemical weapons program came from Prime Minister David Ben Gurion on the eve of the 1956 war with Egypt. Gurion viewed chemical weapons primarily as a deterrent that could also be deployed if a regional war broke out. But other sources indicate that the CIA believed Israel did not start developing chemical weapons until the late 1960s.

Regardless, it is clear that Israel viewed Egypt as a hostile neighbor that needed to be deterred. This was also the time when Iraq, another adversary, was increasing its chemical weapons stockpile along with Syria and Libya. Iraq, Iran, and Syria were also in possession of missile systems capable of delivering chemical warheads. Iraq even used facilities built with Western European materials and technology for its chemical weapons program.

Conversely, Syria and Egypt argued they needed their chemical weapons program to offset Israel’s conventional superiority and nuclear capabilities. Although Iraq did not share a border with Israel, its missiles could reach Israeli territory. Additionally, during past conflicts with Israel, Iraqi troops used Jordan to launch military operations directly into Israel.

Israel first sought assistance from France for its chemical weapons program in the 1960s. For instance, Israeli scientists visited France’s chemical weapons testing range in the Algerian Sahara. By 1982, CIA reports using information taken from spy satellites indicated that Israeli chemical weapons storage sites were producing nerve agents in the Dimona Sensitive Storage Area in the Negev Desert. The report noted that “while we [the CIA] cannot confirm whether the Israelis possess lethal chemical agents, several indicators lead us to believe that they have available to them at least persistent and non-persistent nerve agents, a mustard agent, and several riot control agents, marched with suitable delivery systems.”

Israel and the CWC

Although Israel signed the CWC in 1993, it has not ratified the agreement and seems unlikely to do so anytime soon. Israel has also sought to have other regional states sign the CWC—a significant challenge to having the agreement implemented throughout the region. Israel was one of the first MENA countries to sign the CWC but has refrained from ratifying it given concerns over the threats posed by its neighbors. This is further complicated by Egypt’s efforts to link signing the CWC with Israel joining the Non-Proliferation Treaty (NPT). Egypt initially developed chemical weapons as a response to Israel’s covert nuclear program. As a result, neither country is likely to give up its WMD arsenals for the agreement.

Israeli prime minister Yitzhak Rabin signed the CWC believing that if Israel acceded to the agreement, there would be less pressure to disclose its nuclear weapons capabilities. Many Israeli opponents of the CWC also believed that the agreement would allow for greater verification and inspection measures that could then provide intelligence to adversaries on Israel’s nuclear capabilities and other military facilities. In 2010, Israeli foreign minister Avigdor Leiberman clarified Israel’s stance that it would not sign the CWC unless it concluded peace treaties with its neighbors and was no longer threatened by their chemical weapons capabilities. This “peace first” sentiment has become a major hindrance to the progress of the CWC.

Israel, however, views the issue differently. In 2013, Yigal Palmor, the spokesman for the Israeli Foreign Ministry noted that “Unfortunately, Israel signed the convention, other countries in the Middle East, including those that have used chemical weapons recently or in the past are believed to be working to improve their chemical capabilities, have failed to follow suit and have indicated that their position would remain unchanged even if Israel ratifies the convention.”

Israel’s concerns are not without merit. In 2016, Israeli defense minister Moshe Ya’alon highlighted how, “the Syrians used military grade chemical weapons and as of late have been using materials, chlorine, against civilians, including in these very days, after the supposed ceasefire, dropping barrels of chlorine on civilians.” Israeli defense officials also believed that Syria possessed several tons of chemical weapons.

Officials from the Organisation for the Prohibition of Chemical Weapons (OPCW) have said that close allies must pressure Israel to ratify the CWC. The OPCW states that the CWC is a non-discriminatory arms control regime that seeks to “create an impact on national, regional and global security.” OPCW officials argue Israel’s accession to the CWC would “multiply the security benefits accruing from the elimination of Syrian chemical weapons” and help “build confidence and increase transparency across the region.”

However, not unlike the deal struck by President Richard Nixon and Prime Minister Golda Meir in 1969—where the former agreed that the United States would accept Israel’s nuclear status so long as Tel Aviv maintained discretion about its capabilities—the United States has also never raised concerns over Israel’s chemical weapons program. This is likely because Washington trusts Israel will be responsible with its chemical weapons arsenal and that it helps deter threats emanating from U.S. adversaries in the region. This is similar to how China views North Korea’s nuclear capabilities vis a vis the United States.

Will Israel Ever Ratify the CWC?

It would be difficult for Israel to ratify the CWC unless it is confident that other regional powers who have not ratified the agreement do not possess chemical weapons. At the same time, regional powers suspected of possessing chemical weapons but are a party to the CWC are a greater concern for Israel as it highlights the agreement’s inability to enforce compliance. Additionally, other regional states may feel threatened and view the possession of chemical weapons as the best deterrent, or the “poor man’s atomic bomb.”

However, if Israel decides to ratify the CWC, it would surely set a new standard for other states in the region that have not ratified the treaty, namely, that despite its security concerns, Israel chose global peace and stability over its own inhibitions. By ratifying the CWC, Israel could enhance its international status and put itself in a better position to discuss issues pertaining to regional stability and the pursuit of a WMD-free Middle East.

Debalina Ghoshal is a non-resident fellow with the Council on International Policy.