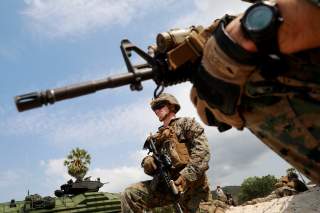 What is America’s ultimate objective?

America’s ultimate objective should be a stable international order. This is not a matter of altruism, but of self-interest. In any system, since those at the top secure a disproportionate share of the system’s valuables, their fundamental interest is in maintaining system stability. The challenge is to develop a strategy for achieving that objective in today’s world. This in turn requires questioning some of the assumptions people tend to make about the nature of the international system.

There is a substantial body of theoretical literature, primarily from scholars who describe themselves as realists, that attempts to describe the operation of the international system. Realists come in a variety of flavors, but share the fundamental proposition that the international system is anarchic. That anarchy may be as expressed by Thucydides’ Athenians—the strong do what they can and the weak bear what they must—or in Hobbes’ state of nature—the war of all against all. Unlike Hobbes’ men, however, who trade freedom for security by establishing powerful ruling institutions, states trade security for freedom by refusing to permit the establishment of governing institutions. They accept no bounds on their activity other than those forced on them by stronger states. There is no escape from the state of nature in the world of the realists.

Realists differ among themselves about the consequences of this for the behavior of state actors. Some describe the fundamental objective of state behavior as maximizing actual or relative power; others describe it as maximizing actual or relative security. Others do not accept that states actually behave in ways that maximize power or security but believe that is how they should behave. In any of these views, international stability is not—and should not be—the fundamental objective of state behavior. Instead, it is one possible outcome of striving for increases in real or relative power or security.

The behavior of the United States in the international arena since the end of the Cold War most closely resembles that of a state whose fundamental objective is to maximize its absolute or relative power. Since this has led to the rise of countervailing forces, as some have long predicted it would, the result has neither enhanced U.S. security nor produced a more stable international order.

Nevertheless, viewing the anarchic nature of the international system as the fundamental driver of state behavior puts the conceptual cart before the historical horse. The fundamental forces operating in the international system are conflict and change. They are ubiquitous. The world is always changing and there are always forces within it in conflict. Stability and anarchy are contingent outcomes of how the system responds to these forces. A stable system is not a system in stasis; rather, it is one that has processes and mechanisms that allow adaptation to change and management of conflict. An anarchic system lacks these processes and mechanisms.

Historically, great conflicts have led to great changes in the international system—changes in the number of actors, in their relative power, in the norms for conducting interstate relations. In the Western state system, the most destructive of these conflicts—the Thirty Years War, the Revolutionary and Napoleonic Wars, World Wars I and II—led statesmen to try to forge peace agreements that would put an end to such destruction and produce a more stable international order. Some of these efforts failed miserably; others had some success. Their relative success or failure stemmed from how they dealt with: the issue(s) that led directly to the conflict; territorial adjustments; changes in relative power; treatment of the defeated party(ies); institutions and/or norms for dealing with future conflicts. Decisions on these issues directly impacted the postwar system’s ability to handle conflict and change. The following are key lessons to be learned from these successes and failures:

1. Including a defeated great power as an equal participant in the postwar order enhances the legitimacy of the system and increases its stability (France after the Napoleonic Wars).

2. Excluding a defeated great power from equal participation in the postwar order decreases system legitimacy and stability (Germany after WWI; Russia after the Cold War).

3. An established system must defeat or adapt to major ideological challenges, or it will be delegitimized (nationalism in the nineteenth century; fascism/communism in the 1930s; communism during the Cold War).

Drawing on this historical experience, I suggest the following guidelines for a U.S. policy whose fundamental objective is to enhance system stability. First, recognize that, unless internal contradictions change its trajectory, China’s rising power will represent the kind of existential threat to the international system that Germany’s did at the end of the nineteenth century. The outcome need not be the same. China needs to prefer participation in the existing international order to challenging it. Two, avoid a Chinese/Russian alliance. This would amount to an alternative international order, provide a pole of attraction for others and a competing ideology of governance. Three, to that end, integrate Russia into the Western political and economic world. This would decrease China’s other options while making Russia a stabilizing rather than destabilizing force. Four, stand by alliance commitments already made, but be chary of expanding them. The fact that another country sees its interests served by getting a U.S. defense commitment does not mean that U.S. interests are served by giving one. Fifth, seek to establish “rules of the road” for long-standing issues such as when it is permissible to intervene in the internal affairs of another state, as well as for new issues such as technical penetration of another country’s politics or infrastructure. System stability is not served if the United States holds itself to one standard, while applying another standard to the activities of other countries. This may require in some cases trading a short-term advantage for longer-term stability. The best time for the United States to get generally accepted rules of the road is when it has an advantage, not when others have acquired the same ability. Sixth, seek strategic stability by engaging in arms control talks that combine both offensive and defensive systems. Defensive systems are not going away. They can enhance stability rather than detract from it, but not if they are pursued for unilateral advantage.

Raymond Smith is retired member of the Senior Foreign Service. He is the author of Negotiating with the Soviets, The Craft of Political Analysis for Diplomats and numerous articles.