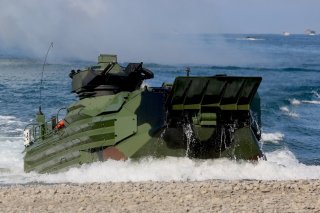 Ukrainian momentum on the battlefield has inspired a surge of optimism in the West, but the war’s broader economic, political, and material metrics still portend an operational stalemate. As the fighting grinds on, Western commentators continue to underscore the connection between Ukraine and the fate of Taiwan. A recent article in The Hill claimed that Chinese president Xi Jinping “almost certainly sees the test of wills between Russia and the West over Ukraine as a proxy and predictor for the psychological showdown between China and the United States on Taiwan.” This logic implies that a lack of American resolve in Ukraine will embolden China to strike Taiwan. The persistent proponents of this position are thus pushing policymakers in Washington to deepen their commitment to Kyiv and press for total victory. Signals and statements from senior officials in the White House and the Pentagon indicate that the United States is indeed pursuing maximalist war aims in Ukraine.

This open-ended commitment, while morally commendable, is inimical to the grand strategic interests of the United States. Ukraine is important but the decisive flashpoint of great power competition in this century remains Taiwan, and the connection between the two states is the inverse of what many continue to assert. Rather than strengthening deterrence against a Chinese invasion of Taiwan, the deepening American commitment to Ukraine is weakening its deterrent posture in East Asia, increasing the threat to the imperiled island nation. President Joe Biden has resolved to fight for Taiwan, but the credibility of that commitment rests on the United States mustering forces capable of imposing intolerable losses on China. The defense of Taiwan, therefore, hinges on Washington pivoting to the Pacific, not doubling down in the Donbas.

Washington was wise to support Ukraine in the wake of the invasion. The preceding decade of American policy vis-à-vis Ukraine offers ample cause for criticism, but the decision to stand in solidarity with a fledgling democracy under assault will not be found wanting when weighed in the balance. Today, however, the situation is much different than it was in the opening weeks of the war. Then, the collapse of the Ukrainian state seemed imminent. Now, the people of Ukraine stand united in heroic resistance. Then the world held its breath as Russian tanks rolled toward Kyiv. Now it snickers and sneers as the Kremlin scrambles to fill its thinning ranks.

As winter approaches, the United States should capitalize on the favorable situation at the front to strike an agreement that frees up its forces and resources for deployment to the Indo-Pacific. The longer the United States remains entangled in eastern Europe, the less time it will have to mobilize the forces it needs to counter and deter China. The West must press for peace while the balance of power on the battlefield favors Ukraine. The culminating point of victory will not be known until the war is over, but that point may be approaching sooner than expected. Moreover, the assumption that a cornered autocrat will keep his sharpest sword sheathed while he is slowly strangled shows a lack of prudence and perspective. The time to de-escalate and negotiate is now.

The resources of the United States are limited, and those limits compel American policymakers to set strategic priorities. This does not mean the United States should denude its defenses in Europe, nor does it mean Washington should completely sever its support to Ukraine. It means the United States should set boundaries on its currently unbounded commitment to Kyiv. Six months of fighting have exposed weaknesses in the United States’ capacity to sustain an extended war, let alone fight on two fronts. Strategic retrenchment is not a matter of resolve, it’s a matter of resources. Some insist we can stand and fight the world over at once, but in the face of tightening budgets, mounting shortages, and supply chain stresses, this position seems increasingly untenable. Washington must concentrate its limited strength at the decisive point.

The American defense industrial base is already straining to sustain operations in Ukraine and critical munitions stockpiles are shrinking. Decades of deindustrialization have compounded logistical challenges and removed most of the slack in American war production. At the current rate of fire, the United States and its allies will struggle to feed Ukrainian guns through the winter. Meanwhile, the Taiwanese military is unprepared to repel a Chinese invasion, and promised American assistance is being delayed. In the absence of a significant expansion in production—which would take considerable time and investment—strategic priorities must be enforced. As American production sputters, China’s meticulous preparation for invasion proceeds. If Beijing’s timeline for invading Taiwan suddenly accelerates, the deindustrialized and depleted Arsenal of Democracy will find itself on the horns of a dilemma.

A peace that involves Ukrainian concessions to Russia will neither fatally undermine American deterrence in Europe, nor fatally undermine Ukrainian sovereignty. On the contrary, it will show the world that the United States can still balance solemn principles with strategic priorities. By contrast, pressing for total victory against a declining nuclear-armed power whose conventional forces are crumbling shows poor judgment. The Russian advance has been stymied, and NATO stands stronger and more united than at any time since its founding. Russia might have the desire to dominate it’s near abroad but it lacks the material means to do so. China, on the other hand, has both the will and the means to dominate East Asia and is marshaling its mounting economic and military might to achieve that aim. This is the gravest threat to the long-term security and prosperity of the United States.

American leaders would serve their country best by not sinking their limited resources into a conflict of secondary strategic importance. Two decades of fruitless fighting in the Middle East have sapped popular support for American intervention overseas. The United States faces deepening domestic divisions and challenges. Washington must conserve its limited resources, treasure, and national will for sustained strategic competition with China. That is the struggle upon which the course and contour of the next century will depend. We cannot be strong everywhere, but there is still time to be strong at the decisive point. In the words of Winston Churchill, “If we win the big battle in the decisive theater, we can put everything right afterwards.”

Joseph M. Donato​ currently serves as a military intelligence officer in the United States Army Reserve. He served as a political-military advisor to the commander of a combined joint task force in Iraq from 2018-19, and a John S. McCain Strategic Defense Fellow at the Department of Defense from 2020-21. He holds a BA in history from Seton Hall University and an MA in security studies from Georgetown University. He lives in Washington, DC.