Test of Endurance: Why America Will Stand By India 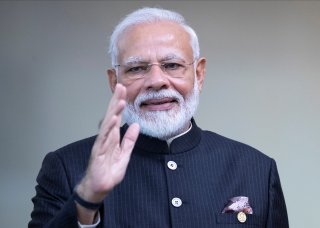 Until recently, it is not a public secret that the United States considers India as one of its most important allies in the evolving American rivalry with China in the Indo-Pacific region. In January 2021, a few days before President Donald Trump vacated the White House, his National Security Council (NSC) released a declassified “U.S. strategic framework for the Indo-Pacific” document that confirms Washington’s pro-Indian approach to maintaining the American “diplomatic, economic, and military preeminence” throughout the region. The declassified document acknowledges India as a “like-minded” democratic nation and gives New Delhi the “leading role in maintaining Indian Ocean security” by encouraging it to strengthen relationships with the other two Quad members: Australia and Japan.

The unprecedented release of the classified operational document by the NSC confirmed the significance of India policy in the American strategic posture, reinforced by a stream of laws enacted by the Congress during the last few years. Bilateral interactions with New Delhi were crowned by signing the Basic Exchange and Cooperation Agreement (BECA) for Geospatial and Intelligence Cooperation in October 2020. The accord was signed only one week before the U.S. presidential election in the midst of the prevailing uncertainty of domestic politics, signifying the importance of the military alliance between New Delhi and Washington.

Undoubtedly, these accelerated decisions and actions are meant to deepen the U.S.-India alliance against their strategic competitor and source of potential conflict—China. To accomplish stated national “interests” and promote American “values,” President Joe Biden and his new NSC team must now navigate their Indo-Pacific strategy within the contours of Trump’s foreign policy framework.

The first territorial challenge stems from the over seventy-year-long China-India border conflict, which resulted in countless border clashes, including the one-month-long war in 1962. The clash in June 2020 in the Galwan River valley was the first deadly confrontation in forty-five years as it left twenty Indian soldiers dead. Until mid-February 2021, the number of Chinese casualties was unknown; however, eight months post-battle, Beijing finally admitted that four Chinese soldiers died fighting with the unspecified “foreign military.”

The fatal skirmish had serious consequences in several dimensions of China-India relations. It resulted in economic retaliation, as New Delhi banned over one hundred Chinese apps like the popular TikTok and WeChat, for which India was supposed to become the biggest foreign market. In the military dimension, the summer tensions led to an unprecedented deployment of one hundred thousand Chinese People’s Liberation Army (PLA) and Indian soldiers along the Line of Actual Control in the Himalayas for the winter of 2020-21. After nine rounds of negotiations, however, both Beijing and New Delhi agreed on a “synchronized and organized disengagement” from the Pangong lake area in Ladakh in mid-February 2021. Nonetheless, it is premature to celebrate diplomatic victory as the general consensus between the two rising powers is still contentious.

The U.S.-India military cooperation within the BECA treaty has seemingly played a convening role in the geopolitical game of chess against China. If Washington wants New Delhi on the American side, then it has to convince the Indian government about lasting territorial security. However, there is no free lunch for India in joining the military agreement with the United States by removing the mask of its non-aligned foreign policy for the first time in its post-colonial history. Moreover, the new alliance is politically and economically costly for India as it has already forced New Delhi to withdraw from the Beijing-led Regional Comprehensive Economic Partnership (RCEP) due to American pressure. Arguably, Washington’s open support for New Delhi against Beijing might actually make the evolving situation potentially more dangerous, provoking not only Beijing but also inviting Moscow, Tokyo, and other important players into the Indo-Pacific conundrum in the Himalayan dispute and beyond.

The second “continental challenge” recognized by the declassified document is access to water. The document does not pointedly criticize Beijing, but it references China’s control over the Tibetan Plateau. Beijing essentially regulates access to the Tibetan Plateau, which is the source of several rivers providing a lifeline to the world’s two most populous nations of China and India as well as many South and Southeast Asian countries. With numerous dams built on the Brahmaputra, Irrawaddy, and Mekong rivers, China is now able to store or divert water in a way that might lead to the drying out of vast territories downstream, threatening the livelihoods of almost half of the global population.

The global community should perceive it as a warning each time Beijing unilaterally decides to “turn off” the taps of those dams on the Mekong river, flowing to Cambodia, Laos, Myanmar, Thailand, and Vietnam. Moreover, back in 2017, China did not share the crucial river data with India despite their existing agreement, making it impossible for the Indian government and ordinary people to prepare for the Brahmaputra river flood. This decision might be considered retaliation after the Doklam standoff, during which for two months Chinese and Indian troops kept eyeballing and threatening each other by the Bhutan-China-India border.

Within the global politics of water access, the new U.S. legislation towards Tibet is potentially a game-changer. The Tibetan Policy and Support Act of 2020, signed by Trump in December, states that the United States will place sanctions—including the denial of entry—on Chinese officials who interfere in the election of the current Dalai Lama’s successor. The U.S. legislation also calls for creating a new American consulate in Lhasa, the capital city of the Tibet Autonomous Region of China. Although the legislation does not, at first glance, seem to be directly connected to the water access, it proves that Washington is fully aware of the gravity of the Tibetan water issue, and understands that whatever happens on the Tibetan Plateau—in political, cultural, or military dimension—might impact the whole region of South and Southeast Asia.

In addition to a series of enduring connections in the U.S.-India alliance, there is also a string of U.S. laws that support Taiwan not by stating its independence but by strengthening its bilateral relations with other countries and the family of UN agencies, like the World Health Organization and the United Nations Educational, Scientific and Cultural Organization. Although there are no direct connections between the two sets of U.S. laws related to India and Taiwan, the Tibetan Policy and Support Act and the Taiwan Assurance Act signed by Trump in December 2020 were both included in the same National Defense Authorization Legislation. Thus, Washington sent a coded message to show that the United States is tying India and Taiwan together militarily, containing language objectionable to China. Beijing immediately responded that China “resolutely opposed” both congressional acts.

In response to the U.S. legislations, there might be some unexpected consequences that would potentially emerge from the independent objectives of India’s Act East Policy and Taiwan’s New Southbound Policy—especially when these policies overlap in Southeast Asia in particular, and in the Indo-Pacific region in general. Indeed, the United States would serve as a silent broker to facilitate their broader foreign and military policy objectives against China, while New Delhi and Taipei administrations might calculate ways to step out of the shadow of the One China Policy and tighten their relations in various dimensions.

From an economic perspective, for example, a window for successful cooperation has already been opened by allowing Taiwanese investments in India and constructing innovative industrial parks in Bangalore, India’s silicon valley in Karnataka. On the people-to-people platform, Indian and Taiwanese people got unexpectedly connected in 2020 after the Chinese Embassy in New Delhi issued a provocative message to Indian media, instructing them not to comment on the National Day of the Republic of China (Taiwan). Contrary to the expectations of the Chinese Embassy, Indian media widely covered the news on Taiwanese celebrations. As a result, many Taiwanese citizens expressed their gratitude by circulating memes showing President Tsai Ing-wen and Prime Minister Narendra Modi establishing the India-Taiwan “Milk Tea Alliance” by toasting with bubble tea and Indian chai. India’s independent approach toward Taiwanese affairs was also appreciated by Taiwanese leaders as Foreign Minister Joseph Wu openly thanked Indian politicians and media for standing up to China’s “wolf warrior” diplomacy.

Ironically, this would be the first “encounter” between India and Taiwan that might truly unleash the great potential of their bilateral relations which so far has been largely untapped and unrecognized by the United States. As the Biden White House intends to continue the Trump administration’s Indian and Taiwan policies, the anti-authoritarian, pro-democratic alliance in Asia might grow stronger—provided that India does not stray from the path shown by its own secular constitution.

Even though the declassified document gives boundless support to New Delhi against Beijing, the Biden White House should not be under any illusion of India as a guardian of peace and stability and the unanimous defender of American values and human rights in the Indo-Pacific region.