The Battle for Maritime Asia Heats Up 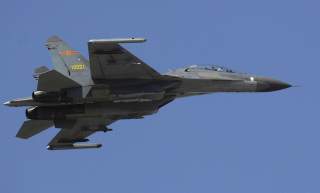 Despite earlier hopes for a sustained de-escalation in maritime tensions in the Western Pacific, China has once again kicked off the year with a bang. In 2014, China reaffirmed its commitment to securing its territorial claims in the South China Sea by imposing new maritime regulations off of the coast of Hainan, which imperiled the fishing rights of other claimant states such as Vietnam. This was followed by a series of increasingly aggressive maneuvers in the Second Thomas Shoal, culminating with the Chinese Coast Guard vessels’ decision to effectively lay siege to the Filipino marine forces stationed in the area.

Over the past few weeks of this year, China has continued to up the ante by allegedly ramming three Filipino fishing boats navigating close to the Scarborough Shoal, which is located 123 miles west of Subic Bay in the Philippines and 560 miles away from nearest Chinese coastline. China forcibly wrested control of the contested feature in mid-2012, and has since cordoned off the whole area — in complete contravention of a mutual-disengagement agreement, brokered by the Washington, at the height of the Scarborough Shoal standoff. Chinese Foreign Ministry spokesman Hong Lei deflected criticism of China’s actions by accusing Filipino fishermen of bumping into each other, supposedly necessitating the deployment of a Chinese Coast Guard dinghy to investigate the matter. Implying that the Philippines should be held accountable for irresponsibly turning a blind eye to supposedly provocative maneuvers by its citizens in Chinese-claimed areas, the Chinese Foreign Ministry urged the Philippines’ government to “enhance supervision and allocation of its own fishermen to prevent such an incident from happening again.”

Efforts at calming maritime tensions in the Western Pacific in late-2014, particularly in November, didn't necessarily result in any concrete agreement or even an informal understanding between the Philippines and China on how to manage their maritime disputes. The two sides are yet to negotiate a single hotline between their relevant agencies, particularly naval and coast guard forces, underscoring the precarious dearth of confidence-building mechanisms between the two parties. Bilateral ties have been further embittered by the ongoing legal standoff at The Hague, with the Arbitral Tribunal awaiting Manila’s additional legal arguments by March. Only then will the tribunal decide whether it can exercise jurisdiction over the Philippine-China maritime disputes, and whether China’s expansive claims and territorial posturing violate the United Nations Convention on the Law of the Sea (UNCLOS). China has vehemently opposed any compulsory arbitration vis-à-vis its territorial claims in the Western Pacific. Therefore, both parties are sticking to their guns in the absence of any tangible progress at resolving their maritime disputes. This marks a regression in China-Philippines bilateral ties, with neither party significantly altering its respective strategy in the South China Sea.

The ASEAN Chips In

Frustrated by China’s continued provocations well within the Philippines’ 200 nautical mile Exclusive Economic Zone (EEZ), Philippine Foreign Secretary Albert Del Rosario made impassioned remarks ahead of his meeting with colleagues from across Southeast Asia in late January, urging the Association of Southeast Asian Nations (ASEAN) to show greater resolve and internal unity. He argued that China’s aim to “establish full control” over the South China Sea represents a “watershed” moment for ASEAN’s credibility. During the Foreign Ministers Meeting (FMM) in Kota Kinabalu, Malaysia, Del Rosario also brought up the topic of China’s expansive construction activities in disputed areas, encouraging fellow ASEAN members to “reach out to the international community to say to China that what it is doing is wrong – that it must stop its reclamation activities at once.” According to a Filipino defense source’s estimate, China has completed almost 50 percent of its reclamation project in the Fiery Cross, a strategic feature in the contested Spratly chain of islands. This chain will likely host its own airstrip by the end of 2015 — a potential prelude to the imposition of a Chinese Air Defense Identification Zone in the South China Sea.

Underlining the urgency of the matter, Del Rosario tried to dissuade neighboring countries from ignoring a "critical issue in our own backyard." ASEAN’s current chair, Malaysia, took the Philippines’ protests into consideration, with Malaysian Foreign Minister Anifah Aman stating that the participants in the two-day FMM “shared the concern raised by some foreign ministers on land reclamation in the South China Sea.” As an active claimant state, with extensive energy exploration activities in the South China Sea, Malaysia has also been alarmed by China’s increasingly assertive posturing across the South China Sea. It is no wonder then that Kuala Lumpur is expected to leverage its largely constructive ties with China to revive long-stalled talks over a Code of Conduct (CoC) in the South China Sea.

With Singapore taking over as the country coordinator for ASEAN-China relations in August 2015, there is growing hope that there will be a more proactive push by ASEAN on the CoC front. Since last year, Singaporean officials have quite uncharacteristically sounded progressively perturbed by Chinese posturing in the South China Sea, and calling for a rule-based resolution to the disputes in the South China Sea. Singapore’s Foreign Minister K. Shanmugan has sought to reassure neighboring states, particularly the Philippines and Vietnam, of his country’s commitment to address growing worries over how “the progress on the CoC was a little muted compared with the way land reclamation was being carried out.” He expressed Singapore’s “common goal to try and do as much as we can to try to get to a proper document on [the] CoC." While there is no assurance that the ASEAN will wield enough resolve to force China back to the negotiating table over the CoC in the coming months, there are, at the very least, growing signs that all key Southeast Asian countries have refused to ignore Chinese territorial expansionism.

Since last year, especially after the historic presidential election that saw the victory of populist candidate Joko Widodo (“Jokowi”), Indonesia has also increasingly toughened its stance on the South China Sea territorial disputes, especially in light of growing concerns over Chinese designs on the oil-rich Natuna Islands in northern Indonesia. Indonesia has been ramping up its defense spending, which is set to double in coming years. Indonesia has also been increasing the number of patrol vessels used against illegal fishing within its waters. Having established a new Coordinating Ministry for Maritime Affairs, the Jokowi administration aims to better protect 5.8 million square kilometers of Indonesian waters against a $900 million illegal fishing trade mostly conducted by foreign vessels. Jakarta has forged ahead with a new and increasingly aggressive “Sink the Vessels” maritime protection approach to confront 5,000 illegally operating vessels within Indonesian waters.

The Jokowi administration hopes to finally establish a Sea Security Agency (Bakamla), an overall coordinating organization that would oversee and streamline Indonesia’s fragmented maritime policy. The new agency, which was mandated by a presidential decree in 2013, will be crucial to Jokowi’s vision of transforming Indonesia into a “global maritime nexus.” Finally, Indonesia is signaling that it means business in the South China Sea.

In the East China Sea, the latest satellite imagery suggest China is building a new military base, a heliport with 10 landing pads and wind turbines in the center of Nanji Island, which is situated about 186 miles away from the disputed Senkaku/Diaoyu islands. The latest construction activities complement China’s existing military assets close to the disputed features, particularly the Luqiao base, which hosts the PLA Navy Air Force's East Sea Fleet 4th Division, 12th Regiment, where Chengdu J-10A fighter aircraft are stationed.

Japan has responded in kind with its own counter build-up on Yonaguni Island, located about 93 miles south of the disputed islands, which is set host a coastal surveillance radar unit, while a small marine corps-style force will be stationed at Nagasaki. Reflecting growing U.S.-Japan military coordination in face of Chinese assertiveness, Admiral Robert Thomas, commander of the Seventh Fleet and the chief U.S. Navy officer in Asia, divulged Washington’s request for Japan to extend its air patrols all the way into the South China Sea, since Chinese military and paramilitary forces “overmatch their [Southeast Asian] neighbors” and “allies, partners and friends in the region will look to the Japanese more and more as a stabilizing function.”

Fortunately, Japan and China are, at the very least, back on the negotiating table, with a flurry of high-level dialogues among their naval, coast guard, air force and defense ministry representatives in recent weeks. This raises hopes for the establishment of more effective and timely crisis management mechanisms in the area. The Abe administration is applying a “constrainment strategy,” combining an increasingly muscular foreign and defense policy with institutionalized high-level dialogue with China.

Progressively cozy relations between Washington and New Delhi represent another crucial dimension to the maritime disputes in East Asia. Since 2012, Indian officials have repeatedly underlined New Delhi’s growing determination to protect its interests (i.e., energy investments in Vietnamese-claimed waters) and ensure freedom of navigation in the South China Sea. After President Obama’s latest state visit to India, the U.S. and India issued a Joint Strategic Vision for the Asia-Pacific and Indian Ocean Region, expressing their shared position on “the importance of safeguarding maritime security and ensuring freedom of navigation and overflight throughout the region, especially in the South China Sea.”