The Case for Closer U.S. Ties with Uzbekistan 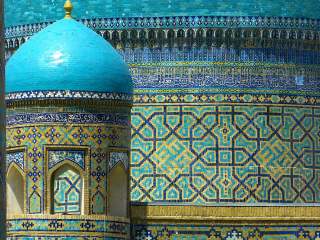 Uzbekistan is embarking on the post-Karimov era after the sudden death of Islam Karimov, the man who led the country for 27 years, as First Secretary of the Communist Party of Uzbekistan, then President of the Uzbek Soviet Socialist Republic, and then first President of the independent Republic of Uzbekistan. Despite concerns about instability and clan infighting, the transition to a new era of leaders has so far been smooth. Shavkat Mirziyoyev, the long-serving Prime Minister, was named acting President in an extra-constitutional wiggle after the designated successor, the Chairman of the Senate, declared his own unfitness for the presidency. Mirziyoyev quickly made some controversial appointments, though nominations to the more senior and sensitive positions will come after the elections in December.

Assuming Mirziyoyev wins election in December - a very safe assumption – what direction might the country take and how should the United States engage the new government? Russia was quick to make its interest known when Russian President Vladimir Putin attended the memorial service for Karimov. Mirziyoyev told Putin his presence “says a lot” and declared an interest in solidifying the relationship between their countries, which may presage a departure from Karimov’s policy of distancing from Russia. The United States, by contrast, sent a mid-level official who met the Foreign Minister. Central Asia has a personalized leadership system and the next American President will have to invest time in meeting Mirziyoyev, if for no other reason than that Putin will visit Tashkent as often as he needs to get what he wants: an Uzbekistan again allied, hopefully formally, with Russia via its tools for regional governance, the Collective Security Treaty Organization and the Eurasian Economic Union.

The United States and Uzbekistan have had a checkered relationship. After the Cold War, Karimov sought better relations with the West, while maintaining good relations with Russia and China. Immediately after the 9/11 attacks, Uzbekistan made its bases available to the United States for military and intelligence operations in Afghanistan, and in March 2002 the countries signed the Declaration on the Strategic Partnership and Cooperation Framework.

Relations cooled when Uzbekistan was publicly accused in 2004 and 2005 of killing prisoners, but in both cases the Uzbek government was vindicated as impartial investigations established the prisoners committed suicide. In no case were the retractions given as much airplay as the initial allegations.

The break between the United States and Uzbekistan came in May 2005 when Uzbekistan was accused of killing large numbers of peaceful protestors in the city of Andijan after attacks on police and military facilities and the murder of hostages by an armed Islamist group. The killings were expected/hoped for by some activists and opponents of the Karimov government and their reactions, other than political opportunism, can probably be ascribed to “scenario fulfilment,” that is, you see what you expect to see. The initial information from Andijan was sketchy and the international media was absent, but the media and NGOs piled on anyway. The U.S. government sent mixed signals, which aggravated ongoing tension over the lack of U.S. payment for the use of the airfield at Karshi-Khanabad, so the Uzbeks pushed back by expelling U.S. forces from the country. Sanctions were imposed on Uzbekistan by the European Union (EU), which banned responsible Uzbek officials from Europe and embargoed exports of arms and military equipment. In the United States, the State Department favored terminating relations while the Defense Department opposed an international investigation and sanctions. The United States finally settled on some additional limits to pre-existing Congressional bans on assistance unless the Secretary of State waived the sanctions by certifying the country is making progress in the area of human rights. Since then, Uzbekistan has continued to receive six-month waivers and a limited amount of financial assistance. The EU removed all sanctions by 2009, citing positive trends in human rights.

The Uzbek government’s actions in Andijan were colored by its concerns after attacks by the 1990s Tajik civil war, the Islamic Movement of Uzbekistan (IMU) in Kyrgyzstan in 1999 and 2000, the Islamic Jihad Union bombing campaign in Uzbekistan in 2004 that caused 50 thousand deaths, and the Tulip Revolution in Kyrgyzstan in 2005. But in a replay of previous crises of this sort in Uzbekistan, the only credible on-the-ground investigations of the killings at Andijan undertaken by qualified regional specialists in 2005, 2007, and 2015 yielded the same result: the official death toll of 189, later amended to 211 (including over 40 Uzbek government personnel), was largely accurate, with the civilian dead being the Islamists and their families and supporters (who were used as human shields) or bystanders killed by ill-disciplined troops in a clearing operation notable for its lack of command and control.

By 2009, Uzbekistan and the United States were cooperating again as cargo for the war in Afghanistan had to cross Uzbek territory as part of the Northern Distribution Network. Within two years 40 percent of all Afghanistan bound traffic passed through the country. Since then, U.S. and Uzbek officials have met on a regular basis at the Annual Bilateral Consultation talks.

Aspects of Uzbekistan are, as the English say, “no oil painting.” Uzbekistan has a difficult business climate, but it is improving. It has historically made use of forced labor to bring in the annual cotton crop, the proceeds of which vanish into the Selkhozfond at the Ministry of Finance. But in recent years, child labor has been banned (though adults are drafted in their stead) and mechanization has increased, but not without social impacts on those who rely on income from the cotton crop. The investigation of Gulnara Karimova, a daughter of the late President, for corruption in connection with alleged bribery involving a mobile phone contract, bought a documented case of corruption close to the ruling family. And the country’s National Security Service, led by the kingmaker Rustam Inoyatov, leaves nothing to chance in its ceaseless quest for regime security.

Uzbekistan is a secular state in a troubled neighborhood with no shortage of territorial, religious, or ethnic disputes. Prime Minister Mirziyoyev has already reached out to neighboring countries to discuss border disputes, trade, and water rights, the latter a critical issue for Uzbekistan’s cotton crop. Closer to home, the government may be allowing unofficially blacklisted performers back into the public eye, Uzbekistan’s Senate has approved Mirziyoyev’s proposed prisoner amnesty, and the Legislative Chamber (the lower house) has taken up a draft law on combating corruption. And it was Mirziyoyev who, in 2012, banned child labor in the cotton fields.

Prime Minister Mirziyoyev must focus on improving the economy, which should encourage the return of the estimated two million Uzbeks now working in Russia. In addition to uniting the workers with their families and putting them to work at home, their return will reduce ethnic tensions within Russia, and remove a Russian lever and so give the country more flexibility in dealing with Moscow. Economic progress may also accelerate the mechanization of the cotton harvest, eliminating the need to draft workers from other sectors of the economy, and creating incomes for those reliant on cotton for their livelihood. Prices for key exports - natural gas and cotton – are down and so are remittances from Uzbek workers in Russia, where the economy is slowing, making economic progress the key to stability in the near term.

Uzbekistan can balance Russia’s up-close presence and slowing economy through further economic relations with far-away China, currently its largest trading partner. Uzbek participation in China’s “Belt and Road” infrastructure development project will integrate Uzbekistan in China’s transport project and attract Chinese no-questions-asked capital investment, which has so far targeted the energy and transport sectors. And Uzbekistan will find in China an enthusiastic ally also opposed to Islamic militancy in the region.

Mindful of the fact that Uzbekistan’s trading partners are its competitors, the United States should reach out to Uzbekistan’s new leader and start a dialogue instead of critiquing the incomplete action items from the 2002 strategic partnership agreement. Uzbekistan has been described as the center of gravity of Central Asia as it borders all other Central Asian countries and still-troubled Afghanistan, where it can positively affect events by its relationship with the large ethnic Uzbek community in the north of the country. Its population of approximately 30 million is nearly half the regional population and its economy is the second largest in Central Asia. It has a good road and rail system and modern airports at Tashkent and Navoi and can transship cargo from Russia, the Caucasus, and Central Asia to the Gulf of Oman ports of Chabahar in Iran, and Gwadar in Pakistan. And Russian, Chinese, and South Korea investors in Uzbekistan will be glad to see the United States sit this one out. The newly-created Asian Infrastructure Investment Bank gives Uzbekistan funding options should the U.S.-controlled World Bank balk at Uzbekistan’s lack of progress on issues near and dear to the West. A healthy economy in Uzbekistan will spur intra-regional trade, possibly lessening territorial, religious, or ethnic disputes.