The Democratic Debate's Myths About Progressivism 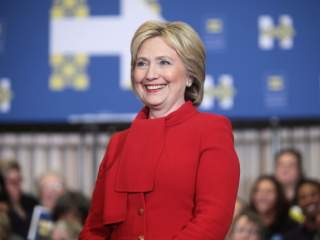 “May God preserve us from purity, in all fields,” wrote the Colombian reactionary Nicolas Gomez Davila, “from the mother of political terrorism, of religious sectarianism, of ethical severity, of aesthetic sterility, of philosophical stupidity.” This spirit was in the air last night as Hillary Clinton and Bernie Sanders faced off in Durham, New Hampshire. The two Democratic contenders opened the debate with volleys back and forth about the immaculacy of their progressive credentials. Is Clinton—war hawk, Wall Street favorite, recent convert to gay-friendly politics—a real progressive? Is Sanders—a self-described socialist who only lately found the Democratic Party worthy of his membership—too pure to befoul himself with the grubby business of governing? Can anyone live up to Sanders’s standards? Is there anything Clinton wouldn’t compromise?

The days leading up to the debate prefigured this fight. “Some of my best friends are moderates,” said Sanders at a town hall Wednesday, “but you can’t be a progressive and a moderate at the same time.” He was referring to remarks Clinton had made several months ago embracing the “moderate” label. Clinton hit back Thursday night, branding herself a “progressive who gets things done” who has “stood up and fought and [has] the scars to prove it.” She deflected the Sandernista charge that she is an establishment figure, arguing that striving to be the first woman president was hardly establishment. (Clinton’s definition of “establishment” seems to be of Richard H. Rovere vintage, as though Washington is still run from smoke-filled rooms by “clubbable” men.) And she hammered away at Sanders on pragmatic grounds, proclaiming his plans for universal healthcare and college unworkable (“all of the experts have told us” this, said Clinton) and telling voters that she doesn’t make promises she can’t keep.

Clinton stands, as she put it, “where I’ve always stood.” True—if we count the tectonic shifts that the Democratic Party has seen since Bill Clinton, with Hillary by his side, swung the party to the center and restored it to the presidency after decades of chaos. The Democratic Leadership Council, Bill’s warhorse in that fight, was put down in 2011. Its signature issues—welfare reform, free trade, wonky tax credits—felt out of place in today’s left. Clinton herself has backed away from the Trans-Pacific Partnership, Barack Obama’s signature trade deal; fine-tuning Bill’s Earned Income Tax Credit expansion is now a favorite idea for Republican reformers like Paul Ryan and Marco Rubio; libertarian and evangelical Republicans talk of undoing stiff Clinton-era prison sentencing. And universal healthcare, once Hillary’s hobbyhorse, is now Bernie’s issue; Clinton has taken up the defense and expansion of Barack Obama’s “very different” Affordable Care Act. Yet Clinton has survived the death of Clintonist politics, and this is because beneath the politics was a metapolitics: expediency. The Clintons have not stood on principles, at least not on the Democratic Party’s principles, but on effectiveness. You never know precisely where they’ll be, but they’ll always be somewhere to the left of the Republicans, pushing the political balance somewhere to the left of where it was. The equilibrium point shifts, and so do they.

This ideological flexibility infuriates purists like those around Sanders. It also creates great openings for purists to attack her. An expedient politician, always recalculating the balance point, always watching the polls and adjusting positions, yields the initiative to more forceful actors. Clinton’s promise Thursday night that under her administration, “Democrats, Republicans, independents . . . we’re going to make progress together” had no caveat, no “unless the Republicans continue to swing right.” President Obama has, after all, spent the last half decade arguing that the Republicans have become too intransigent to partner with, and one suspects most Democrats agree. And with the Clintons, there is another line of critique: that their expedient compromises aren’t made in the name of the greater progressive good, but in the name of their own grip on power. There is, after all, a familiar pattern with the Clintons and their associates: the personal exemption from the rules which, when exposed, is followed by the cry of right-wing persecution, the spin that the actions were legitimate or, failing that, that there was “no controlling legal authority,” or, failing that, that they were commonplace or inconsequential. It’s a pattern that reflects Clintonism’s constant retrimming of the sails, it’s a pattern that many find slimy, and it’s a pattern that has been occurring lately around the email scandal.

And Senator Sanders refuses to reach out of the ether and beat her with it, preferring to let the FBI probe move forward and withhold judgment until then. Perhaps someday, after Clinton has rounded up enough superdelegates and primary wins to deny him the nomination, he’ll tell us how he really feels. This is precisely the sort of purity, of “ethical severity” that cannot survive in politics. Sanders does not seem to realize that, like it or not, campaigning has given him a fleshier form: he no longer stands for himself, but for his coalition and his party. When he holds back, on principle, from sharp, reasonable attacks on Clinton, he does them a disservice. Clinton’s Republican opponent in the general election will not be so gentle, and if the attacks turn out to be effective, the Democrats and those they represent will lose out. It’d be better for them to find out now if Hillary doesn’t have what it takes, but Sanders will not oblige. And he was just as incorporeal when Clinton charged that his grand plans were impractical, that he offered no connection between current reality and his dreams for the future. Answering each attack, he simply recounted how bad things are now, how people are dissatisfied, and how “I do believe” things should change. On healthcare, for example, when Clinton accused him of wanting to “start all over again” and “plunge [us] back into a contentious national debate that has very little chance of succeeding” in a quest for true universal coverage, he replied that many people were still uninsured or underinsured and that “I do believe that in the future, not by dismantling what we have here—I helped write that bill—but by moving forward, rallying the American people, I do believe we should have health care for all.” This is literally a trillion-dollar question, yet Sanders offers us a vague sense of direction (“forward”), an appeal to popular will, and a biographical note about what he personally thinks ought to happen.

And so the night went on.

The Democrats face a choice of two extremes: purity without pragmatism, and power without principle. Davila, who despised naked expediency as much as fanatic purity, had good advice for those faced with such choices: to live as “a traveler who suffers shipwreck with dignity.”