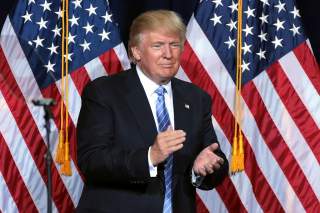 Much has been written about the ahistorical nature of Donald Trump, the first person ever elected president of the United States without ever serving in government or the military. Indeed, to anchor some of Trump’s protectionist and anti-establishment positions in a historical context, political scientists and historians have reached back all the way to the mercantilism of eighteenth-century Europe, and the populism of President Andrew Jackson in early nineteenth-century America.

Despite his determination to challenge the orthodoxies of the current political system and international order, however, Trump cannot escape history. The same powerful forces that both empowered and constrained his modern predecessors will shape his administration, for good and ill. Trump’s triumphs will depend on familiar alignments of political actors and motivations, just as his tragedies are destined to follow a recognizable script. As Mark Twain reputedly mused, “History doesn’t repeat itself, but it often rhymes.”

I recently co-edited the anthology Triumphs & Tragedies of the Modern Presidency: Case Studies in Presidential Leadership, published by the Center for the Study of the Presidency and Congress. In it we asked some of the top historians, journalists and political scientists in the country to search for and identify those rhymes and cadences of history. Our writers examined the first one hundred days of every post–World War II president, the architects of the “American Century.” These case studies offer important lessons in successful presidential leadership, as well as pitfalls that any new administration would do well to avoid. Above all, this examination suggests that a sense of humility and awe is in order that is not yet apparent as President Trump assumes the position of “leader of the free world.”

Virtually every president of the modern era has chafed at the “First One Hundred Days” as an artificial measuring stick, one set impossibly high by Franklin D. Roosevelt in 1933 at the height of the Great Depression, when he shepherded fifteen major new laws through a compliant Congress. And yet none of FDR’s predecessors have fully escaped the “hundred days” expectations game, in part because this liftoff phase is when new presidents and administrations are at their most aspirational, and thus revealing. The personalities and priorities illuminated in this early period of governing make an indelible first impression, giving the new administration a chance to develop a presidential narrative before the political winds inevitably shift, and unforeseen crises sidetrack and distract.

The first hundred days are also when election headwinds are at their strongest, and mandates can be claimed and leveraged. A president’s party almost always loses congressional seats in midterm elections, for instance, making it imperative that a new administration starts strong. Lyndon B. Johnson, the master legislator and presidential arm twister who early on achieved one of the most transformative legislative agendas in modern history, described this phenomenon best.

“I keep hitting hard because I know this honeymoon won’t last. Every day I lose a little more political capital. That’s why we have to keep at it, never letting up,” Johnson said. “One day soon, I don’t know when, the critics and the snipers will move in and we will be at stalemate. [After a few months lawmakers will] all be thinking about their reelections. I’ll have made mistakes, my polls will be down, and they’ll be trying to put some distance between themselves and me. They won’t want to go into the fall with their opponents calling ’em Lyndon Johnson’s rubber stamp.”

Every president confronts a different set of challenges, and their administrations must navigate specific economic, domestic political, and geopolitical landscapes. One constant has been the increasing size and complexity of the U.S. government itself, however, as the country grew into its mantle as the leader of the Western democracies after World War II, becoming an undisputed superpower in the Cold War and post–Cold War eras.

Modern presidents have to stock the massive executive-branch bureaucracies responsible for overseeing the largest economy in the world, and underwriting an international order that is largely dependent on the United States to enforce its rules and norms with a globe-spanning diplomatic corps and military. They have to appoint no fewer than fifteen Cabinet secretaries, and shepherd more than one thousand political appointees through an increasingly cumbersome vetting and confirmation process. The number of congressional committees and staff that new administrations have to navigate has likewise proliferated to provide oversight of an expanded federal bureaucracy, further complicating the process of staffing a new administration. The average time required for Senate confirmation of a top-level political appointee, for instance, has grown, from less than three months during the Kennedy administration to roughly nine months in the twenty-first century.

The unexpected nature of Trump’s victory—and a controversial campaign that saw more than 120 Republican national security and foreign affairs experts sign “Never Trump” letters that have reportedly led the transition team to blacklist them—have already complicated efforts to quickly stock the new administration with appointees. The Trump transition team simply had less time to prepare than more traditional campaigns. Ronald Reagan began his transition planning even before he was formally nominated, for instance, with a large personnel recruiting operation and task forces covering the major executive-branch agencies.

Experience suggests that the priority should be to quickly put in place a smoothly functioning White House team. Jimmy Carter, Gerald Ford and Bill Clinton all delayed naming a White House chief of staff, for instance, and later had reason to regret it. The Trump team seems to have internalized this lesson by naming former Republican National Committee chairman and establishment insider Reince Priebus as his chief of staff shortly after the election. By naming anti-establishment populist Steve Bannon of Breitbart News notoriety as an apparently coequal White House counselor, however, Trump has created competing power centers in the West Wing that could very well clash.

Presidents who win in landslides like Franklin Roosevelt and Lyndon Johnson obviously have distinct advantages in their first hundred days. As only the fourth president in U.S. history to win in the Electoral College only to lose the popular vote, Trump has a much more limited mandate. Like FDR, LBJ and Barack Obama, however, his party will initially enjoy majority status in Congress, though not a filibuster-proof majority in the Senate.

Trump can take a page from the first hundred days of George W. Bush, who at the time of his election was the first president in a century to lose the popular vote. After the Supreme Court intervened to eventually swing the election his way, Bush and Vice President Dick Cheney rejected the idea of scaling back their ambitions given a razor-thin margin of victory. “To do so would show weakness from the start, the two reasoned,” Peter Baker, New York Times chief White House correspondent, and author of Days of Fire: Bush & Cheney in the White House, writes in Triumphs & Tragedies. “‘Our attitude was hell no,’ Cheney later recalled [about suggestions that the new administration should compromise early on its agenda]. ‘We got elected. You don’t now go for half tax reform. We’re not going to leave half the children behind. No, it’s full speed ahead.’”

Perhaps the most common mistake made by new presidents is underestimating the power lawmakers have to delay or derail a presidential agenda, and thus the need to nurture good relations with key members of Congress. That is especially true of chief executives who ran as Washington outsiders, such as Gen. Dwight Eisenhower, who initially focused on developing a national security strategy, and chose not to even send a first-year domestic program to Congress; and Jimmy Carter, who after the Watergate scandal and Nixon impeachment rode an anti-Washington wave to the White House, and surrounded himself with aides from Georgia who often kept Capitol Hill at arm’s length.

The gold standard in congressional relations was once again Lyndon Johnson, the “Master of the Senate.” “It is almost impossible to overestimate how much LBJ benefited from having served in Congress for twenty-seven years, six years of which he spent as Majority Leader in the Senate,” the noted historian Michael Beschloss writes in Triumphs & Tragedies. “Having witnessed numerous presidential failures with Congress, Johnson designed his programs from the ground up in concert with influential Members of Congress. Having worked intimately with most party leaders, committee chairmen, and ranking Republicans, he had a deep wellspring of personal relationships and knowledge of the players on which to draw.”

As the classic outsider, Trump will need to lean heavily on vice president and former congressman Mike Pence, chief of staff and former RNC chairman Reince Priebus, and on experienced congressional liaisons to keep the channels of communication to Capitol Hill open and a fractious Republican caucus united behind his agenda. His failure to consult with anxious congressional Republicans in pushing for a rapid “repeal and replacement” of Obamacare is the kind of early misstep likely to rile lawmakers with long memories.

Another common mistake of new presidents is trying to ram through an overly ambitious agenda that shorts congressional circuits. Jimmy Carter arguably made this mistake by rapidly pushing a long list of proposals for specific new legislation, including bills on energy conservation, tax reform, hospital cost control and welfare reform, among many other initiatives. He even defunded nineteen water projects without first consulting lawmakers whose districts were affected. “Members of Congress warned the administration that the president was insisting on too many action issues for Congress to handle at any one time,” James Pfiffer, George Mason professor of Public Policy, and author of The Strategic Presidency: Hitting the Ground Running, writes in Triumphs & Tragedies. “The plethora of legislative proposals was aggravated by Carter’s refusal to set priorities” and his “disdain for Congress.”