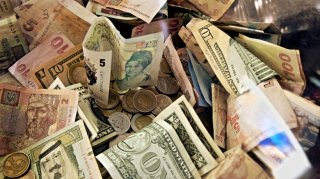 Major investigative reports have generated considerable excitement about nonprofit fundraising and its potential impact on think-tank research and programs. Recent stories in the New York Times and the Washington Post have focused heavily on the Brookings Institution, likely in part because it is one of Washington’s largest policy institutes. Unfortunately, this ruckus rests on flawed assumptions about nonprofit fundraising and misses greater dangers to think tanks and America’s policy process.

Much concern seems to derive from fear that donors are funding warped research to advance narrow interests. While this might happen in isolated cases in think tanks or, for that matter, in universities or other research institutes, it is the exception, not the rule.

The reason for this is that when donors consider whom to support, they usually look for a record consistent with their own perspectives and goals. Why fund someone whose perspective is contrary to your own hoping to produce work that isn’t?

Support from foreign governments or other foreign sources does not differ fundamentally from domestic support in why and how it is provided or solicited, though its potential impact is understandably more worrisome and more politically sensitive. After all, if think tanks agree in advance to produce specific policy recommendations, their work is hard to distinguish from lobbying. Any think-tank executives who accept foreign support for made-to-order studies or programs risk their institutional credibility—their most important currency—and the credibility of the nongovernmental research sector. (For the record, the Center for the National Interest, which publishes the National Interest, does not accept contributions from foreign governments and less than 1 percent of its revenue is from foreign sources of any kind.)

More disturbing and corrosive than private donors is the influence of partisan politics. This has two components. The first—the rise of affiliated advocacy groups—is not inherently damaging, so long as research and analysis drive advocacy, rather than the reverse. Nor is the second—the evolution of think tanks into homes for past and aspiring political appointees—if think tanks maintain high standards for intellectual honesty and integrity in their work. (I am a former appointee.)

However, when think-tank executives do not put rigorous analysis ahead of partisan aims or perceived political influence and bragging rights, political correctness corrupts policy debates, decision making and outcomes. While it is valuable to hire experienced former officials, as well as younger experts seeking official positions, their career goals create powerful incentives and disincentives, especially for anyone hoping for an appointment requiring Senate confirmation. When chief executives who shape the culture of their organizations see their jobs primarily as stepping-stones to cabinet-level positions, this becomes an even bigger problem.

In domestic policy, where party positions are increasingly orthodox and the White House and the Congress must work together to produce legislation, politically driven analysis from aspiring political appointees loath to challenge dominant perspectives in their respective parties adds to polarization and gridlock.

In foreign policy, where the differences within the Republican and Democratic parties are more interesting than those between them, political correctness can produce the false appearance of bipartisan consensus. The limited debates prior to the 2003 invasion of Iraq and about the U.S. goals after the fall of Baghdad are the most consequential, recent examples, but they are far from the only ones.

Ultimately, who supports research and programs is far less significant than the quality of the work. Asking these questions is appropriate, as is seeking greater transparency, but there is a fine line between questions and hysteria that could deter donors from providing vital support to think tanks. Loss of private support could force many either to stop important work or, conversely, to aggressively seek U.S. government funds—a dependence more threatening to our democracy than a diverse private-donor base. Also troubling are efforts by some to discredit work they don’t like by assailing its financial supporters, rather than assessing its validity.

The greatest danger to America’s policy process comes not from generous private donors supporting think tanks in Washington and elsewhere, but the think tanks’ slow transformation from a bridge between research and policy to a bridge between research and politics. Arresting this shift will not be easy, particularly because individual researchers aspiring to political appointments have powerful reasons to censor themselves or to adopt exaggerated positions. The only real solution is greater tolerance for diverse perspectives in our political process—something with other benefits, too.

Paul J. Saunders is executive director of the Center for the National Interest, a nonpartisan Washington think tank. He was a State Department political appointee during the George W. Bush administration.