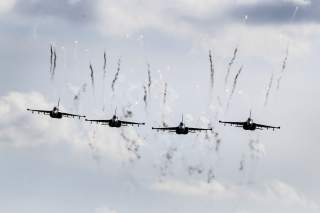 This is the environment in Russia and the source of Vladimir Putin’s strength and renewed confidence that serves as the backdrop to his meeting with President Trump. Moreover, Trump despite his own confidence represents a politically divided America, one that is the key member of an increasingly uncertain Alliance. The Russians were positive, in some quarters elated, when he won the Presidential election, but then disappointed when relations continued to worsen. My canvasing discerned that the Russian population, while wary, do want better relations with America and hope that Trump and Putin can achieve a favorable relationship and reduction in tensions. Notably, the Russian mainstream, perhaps as a manifestation of its totally different societies, does not fully understand the depths of American anger with its current regime, particularly over the Russian cyber intrusions into America’s cherished body politic during the 2016 presidential campaign.

In closing to borrow the famous line from Churchill, much of America’s relationship with Russia remains “a riddle wrapped in a mystery inside an enigma.” The United States must come out of this summit with at least a small fraction of the tension-reducing points outlined above. In doing so, both sides would break down perception barriers and help demystify each other. Otherwise, if the summit fails to accomplish this, America and Russia are fated to continue living in an increasingly dangerous, hair-trigger world where over-reaction based on the miscalculation of threat and intention could ruin all that is dear to us.

Brig. Gen. (retired) Peter B. Zwack writes as the senior Russia-Eurasia fellow from the Institute for National Strategic Studies at the National Defense University. These are his own views and perspectives. He is publishing a personal memoir of his experiences in Russia—Swimming the Volga—later this year.