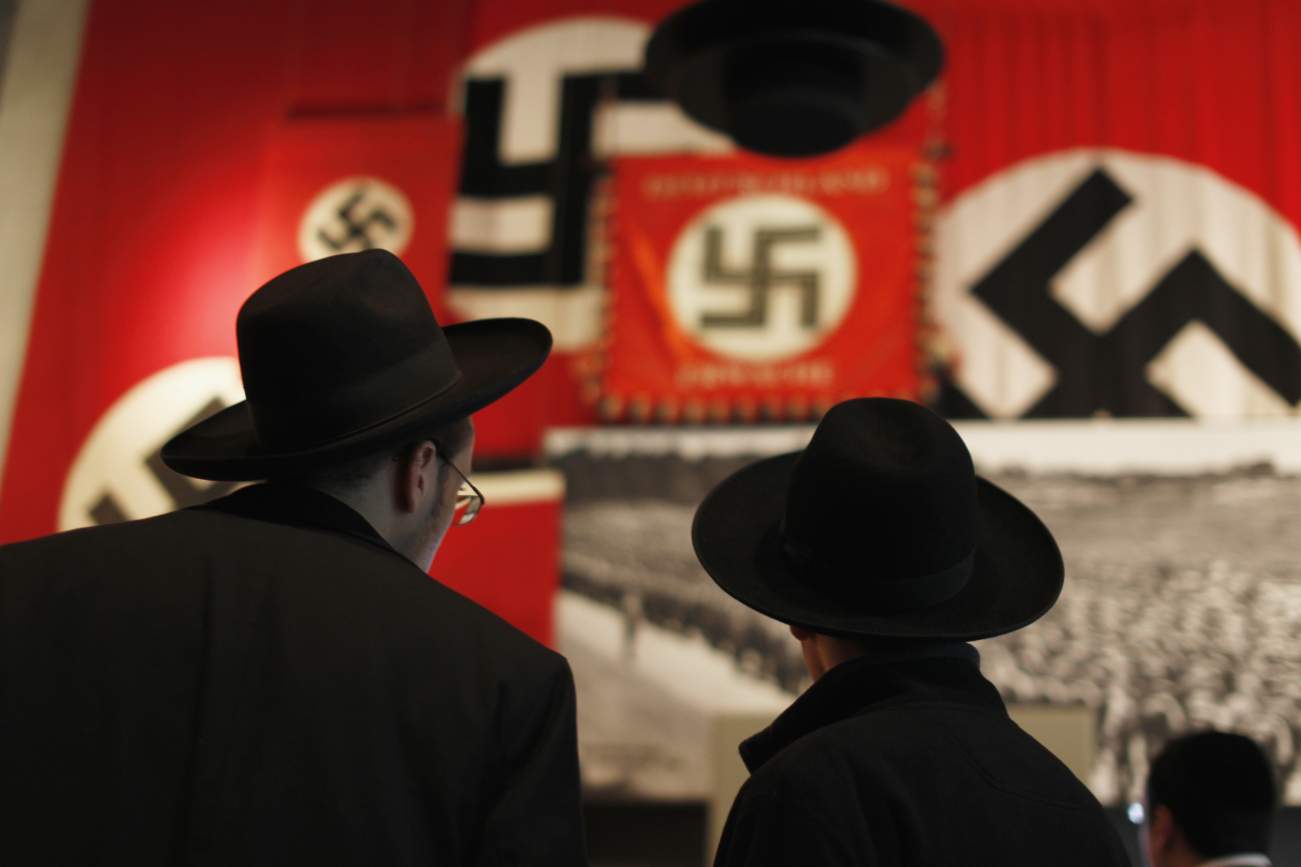 he looks, for all intents and purposes, as if he is ready to engage in a battle of wits—in fact, his posture could easily be transposed to one of the political talk shows of the early TV era twenty years later, such as William F. Buckley’s Firing Line.

In addressing Americans, Mann was deeply influenced by the collapse of Weimar, a republic without republicans. “If there is one thing that the Weimar experience had taught him,” Boes writes, “it is that democracy is an attitude as well as an intellectual stance, and that its defense requires passion in addition to education.” These lessons were contained in his influential book The Coming Victory of Democracy, which Alfred A. Knopf, a stalwart supporter of Mann’s, published in 1938. (Together with Agnes E. Meyer, a socialite and patron of the arts whose husband Eugene was the publisher of The Washington Post, Knopf helped to form an indispensable support network for Mann in America.) Boes also usefully notes that Mann was influenced by a number of conservative scholars and writers, including the historian Giuseppe Antonio Borgese, the philosopher Erich Kahler and the ex-Nazi Hermann Rauschning, who corresponded with Mann and Peter Viereck. Viereck was not only the son of the pro-Nazi journalist George Sylvester, who was imprisoned during World War II as a foreign agent, but also the author of Meta-Politics: From the Romantics to Hitler, a book that Mann blurbed and that very much accorded with his view of Nazism as the direct product of cultural romanticism.

In Boes’ view, Mann, too, was “drawn to grandiose narratives of a theological bent, partly out of personal predispositions, and partly out of strategic considerations for his American audience.” In a 1941 letter, Mann wrote, “It is essential that myth be taken away from intellectual fascism and transmuted for humane ends. I have for a long time done nothing else.” But above all, Mann demanded a place of pride for the artist in the struggle against fascism. In Mann’s words, humanistic values can provide “knowledge of the unity of the world, the totality of all things human,” thereby countering totalitarian impulses. In Atlantic City in May 1940, the weekend of the Dunkirk evacuation, Mann participated in a conference called “City of Man” whose conveners included Robert M. Hutchins, Reinhold Niebuhr and Lewis Mumford. The vision that was propounded at the conference was of a future world government—surely a bold stand at a moment when Europe was prostrate and Great Britain imperiled.

After World War II, Mann addressed the issue of German war guilt in his novel Doctor Faustus. He had stirred up a good deal of controversy in Germany with a forthright address titled “The Camps” that was broadcast by the Voice of America on May 8, 1945 and published by The Nation. He pooh-poohed the notion that the crimes of the Third Reich had been perpetrated solely by Hitler’s camarilla. Instead, Mann underscored that every German was “affected by this shameful exposure.” In Germany, the writers Walter von Molo and Frank Thiess castigated Mann for his effrontery. Thiess coined the term “inner emigration” to describe the stance of those novelists who had remained in Germany but refused to embrace the Nazi regime. Molo and Thiess claimed that Mann had absconded from Germany and was unable to comprehend the suffering that ordinary Germans had experienced during the war. According to Boes, Thiess even ascribed a higher morality to his actions, “claiming that to remain in Germany during the Nazi reign had been the true act of courage.” Mann, by contrast, had betrayed his countrymen by becoming a celebrity in America even as they suffered at home. Mann responded that books produced between 1933 to 1945 in Germany were “less than worthless.” As his endorsement of Peter Viereck’s book indicates, Mann never saw the rise of the Nazis as what some Germans call a Betriebsunfall, or a mere workplace accident. Rather, he believed that it could be traced back for hundreds of years. Since then, a variety of scholars have come to object to this interpretation of German history as a teleological exercise, repudiating the idea that there was a Sonderweg, or special path, to modernity that was bound to issue in the Third Reich.

If Mann was viewed with disfavor by some in postwar Germany, he also ended up coming into bad odor on the right in America. His transgression was to declare that peace with Russia was a moral imperative and to oppose the hunt for Reds in Hollywood. Soon he was calumniated by Life magazine as a communist “dupe” and deemed “America’s Fellow Traveler No. 1” by the reactionary monthly Plain Talk. By 1952, the rise of McCarthyism prompted Mann to terminate his American sojourn and return to Switzerland. His battles had come to an end. In the cozy confines of Swiss neutrality, he jettisoned his weighty meditations, producing a jaunty, if unfinished, novel, Felix Krull, Confessions of a Confidence Man, that in some measure reflected his own lifelong skill at playing a representative man.