The Tragic Heroism of Mikhail Gorbachev 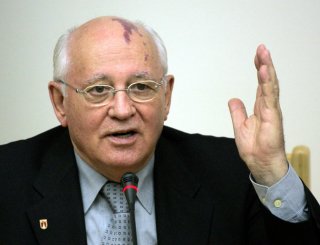 The Western image of Mikhail Gorbachev as the victorious slayer of communism is not wrong but lacks nuance on three issues. First, his original goal was to reform and salvage, not destroy, both the Communist Party and the USSR. Second, the Cold War ended before, not because of, the dismantlement of the USSR in 1991. And third, the triumphalist interpretation of the Cold War’s end as a Western victory obscures the fact that Russia’s fundamental geopolitical and security interests have undergone territorial but not existential change. The current debacle in Ukraine is proof of that. The depth of Gorbachev’s commitment to domestic and international pluralism makes clear why he both criticized Vladimir Putin’s domestic practices and supported his overall foreign policy strategy.

Before Gorbachev came to power in the USSR, Ronald Reagan had already resurrected America’s messianism as a psychological antidote to the depression of the 1970s. During the presidential campaign of 1980, Reagan echoed Henry Luce in claiming that “America has been sleepwalking far too long.” It was time to “do a better job of exporting Americanism” whose “pre-ordained destiny [was] to show all mankind that they, too, can be free.” Reagan won the election with the promise to “make America great again” by resurrecting American exceptionalism and messianism. By 1982, Reagan was calling for “a crusade for freedom.” He crowned the re-moralization of the Cold War when he called the Soviet Union an “evil empire” in 1983.

Ironically, the Soviet answer to Reagan’s messianism came in the form of Gorbachev’s non-exceptionalist and internationalist “new thinking” in foreign policy. Gorbachev saw perestroika as a step toward a new world order that supplanted Marxist messianism with a new mission for Moscow to create a system of multipolar collective security. He articulated this vision before the UN General Assembly in his 1988 “anti-Fulton” speech, which encouraged “de-ideologizing relations among states” and comparing “everything original that each nation has independently created” in order to discover “the advantages of their social system, way of life or values.” While Reagan claimed that “the march of freedom and democracy” would “leave Marxism-Leninism on the ash-heap of history,” Gorbachev saw the new era as one of a mutually beneficial exchange of ideas and experiences between capitalism and socialism. Gorbachev’s UN speech ended the Cold War but did not condemn socialism. Having witnessed the psychological aftereffects of the 1968 Soviet invasion of Czechoslovakia when he visited the country a year later, Gorbachev was the Soviet Union’s own “Eurocommunist”—critical of Soviet practices, but ideologically committed to its ideology (albeit flexible on details).

Before President George H.W. Bush spoke of “a Europe whole and free” in May 1989, Gorbachev was already promoting the UN as a platform to discuss the world’s problems and expressed his vision of “a common European home.” The most clearly articulated response to Gorbachev’s inclusive vision came in Francis Fukuyama’s influential 1989 essay “The End of History?” which argued that the end of the Cold War ushered in “the end point of mankind’s ideological evolution and the universalization of Western liberal democracy as the final form of human government.” Yet on May 21, 1989, a New York Times editorial began thus: “Imagine that an alien spaceship approached Earth and sent the message: ‘Take me to your leader.’ Who would that be? Without doubt, Mikhail Sergeyevich Gorbachev.” By year’s end, Gorbachev’s aversion to the use of force resulted in the peaceful dissolution of the Soviet Bloc.

Self-confident and endlessly optimistic that the forces of history were good and reasonable, Gorbachev neither demanded written guarantees to prevent NATO expansion nor took constructive steps to create a new collective security agreement. Blinded by his own messianic message of delivering the world from bipolarity, he failed to recognize the effort it would take to midwife multipolarity into a world drifting towards a unipolar structure. Like Don Quixote, Gorbachev was headed towards an existential tragedy, although he had already reformed his country and the world beyond recognition.

The bitter truth about perestroika is that all reforms cost money before they produce benefits. The USSR’s economy began to implode at the worst possible time under a combined onslaught of haphazard reforms and collapsing energy prices. Meanwhile, glasnost began to work against perestroika by demonstrating to Soviet citizens that the Western standard of living that they caught glimpses of through newspapers, books, and TV was drifting further away from them, not getting closer. While Gorbachev attempted to preserve socialism, public opinion went above and beyond what a centralized economy could offer. From the beginning, Gorbachev ruled without a collective leadership, a standard for Soviet political transition periods. And by 1991 his impulsive reformist style produced a politically disastrous domestic combination—free speech with a planned economy.

Yet Gorbachev persisted in his internationalism and supported the United States during the First Gulf War, while the forces of triumphalism were already mobilizing in Washington. Influential conservative columnist George F. Will ridiculed Bush’s “largely rented and Potemkin coalition of allies” and found the president’s need to even bother organizing it a sign of “weakness” and “a disabling dilution of U.S. sovereignty.”

As the war unfolded, Gorbachev launched negotiations on a new union treaty, which dropped the term “socialist,” devolved most ministerial functions to republican governments, upheld the supremacy of republican laws, called for the dissolution of the USSR Supreme Soviet, and made union membership voluntary. The pluralistic messianism that Gorbachev brought to the international level was now supposed to save the USSR. But the August 1991 putsch that aimed to preserve the old union triggered its demise instead. Rarely has history witnessed consequences so diametrically opposite to the original intent of the agents.

Dismantled by its republican elites, the USSR of 1991 was no longer what it had been under Vladimir Lenin, Josef Stalin, or even Leonid Brezhnev—it was an open society. Moreover, the separation of the USSR into independent states left several of them to be ruled like medieval fiefdoms by hereditary monarchs—something that Gorbachev would likely have prevented within a reformed and federalized union. The implosion of Gorbachev’s USSR, therefore, became a defeat not so much for Marxism-Leninism, but for perestroika and an inclusive multipolar system of international affairs. After seventy years of competitive symbiosis, one of the world’s two messianic visions evaporated, leaving a niche for the other to fill.

Of all the superpower illusions, the most potent was the illusion of the monolithic opponent that left both sides with no ability to comprehend, let alone manage, the chaos of an unraveling empire. It is no surprise that the most insightful comments on the end of the Cold War came from the genius of espionage fiction John Le Carré: “I remembered Smiley’s aphorism about the right people losing the Cold War, and the wrong people winning it.”

In an attempt to win the election of 1992, Bush interpreted the Soviet demise in the Republican Party’s favor. “By the grace of God, America won the cold war,” he famously stated. It failed to salvage his campaign. But the new Clinton administration took the message to heart and vacillated between benign neglect and condescension towards Russia. This stung Moscow—Reagan and Bush opposed communism with evangelical intensity but never condescended. The results were predictable. Exceptionalism became the guiding principle of American foreign policy.

After two decades of mixed foreign policy achievements, Washington’s self-inflicted wounds have begun to erode the reputation of the United States as the “indispensable nation.” Today, the loudest and most persistent criticism of U.S. foreign policy comes from the capital of the defeated opponent. Moscow has placed itself at the crest of a new global trend as America’s “unipolar moment” morphs into a multipolar system of international relations. That the entire “Global South” has refused to fall into line with Western sanctions against Russia demonstrates that the coming of the multipolar system is now quantifiable. This recalibration of the global balance of power reflects a profound historical evolution as the Euro-Atlantic world loses its global dominance after half a millennium of unparalleled clout. As the only major power that belongs to both the West and the East, Russia’s role in this process may prove pivotal. But such tectonic geopolitical shifts are merciless to those caught on the fault line, such as Iraq, Syria, and Ukraine.

In 2007, Putin voiced what he saw as an emerging global consensus that “the unipolar model is not only unacceptable but also impossible in today’s world.” As Fareed Zakaria put it in 2008, it is not so much the decline of the West, but a “rise of the rest” that is causing this shift. In this global movement towards regionalism and a pluralistic system of international affairs, complexity and balance of power politics are making a comeback. In this system, Russia is sufficiently influential to affect the global balance of power by shifting its weight on the geopolitical scale. And since the Ukrainian crisis of 2014, the West has done everything in its power to encourage Moscow to lean toward China.

The re-emergence of the vanquished opponent at the forefront of resistance to U.S. hegemony explains the American mainstream media’s “new cold war” narrative. This illusion provides the psychological comfort of a simpler time when two monoliths competed and the United States “won.” The threats in today’s world are much more decentralized and unpredictable than the Kremlin and its proxies were during the Cold War. But projecting the Soviet past onto today’s Russia will not solve the underlying issues of a rapidly shifting global balance of power. Indeed, Gorbachev’s call for perestroika in international relations remains more relevant today than ever. Alas, he will not be around to see if it succeeds.