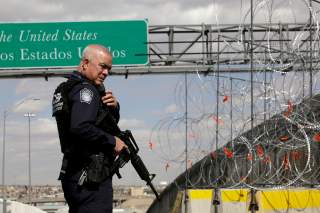 Earlier this month I outlined how to handle the thorniest issue in the immigration debate: what to do about those who are already unlawfully present in America. That’s a start. And, indeed, that’s where immigration reform needs to start. But it is not enough.

The entire system needs to be fixed.

To do otherwise is like having cancer, a heart condition, and a brain tumor . . . and a doctor who asks which one you want cured. Assuming you want to live, you’d want the doctor to fix all three problems.

Likewise, there is a need for complete top-to-bottom immigration and border reforms. One area that needs fixing is the current system of legal immigration. We need a system that makes sense for the twenty-first century.

Putting Reforms in a Row

Immigration is an issue with many moving parts. That doesn’t mean it must be “fixed” by bundling a problem-solving solution into one convoluted, comprehensive legislative package. A blockbuster Obamacare-like bill will have more compromises than Edward Snowden’s laptop. What is needed is a step-by-step effort that addresses each part of the problem. This will allow Washington to focus on fixing this complex of public policy issue one piece at a time.

There are two preconditions for implementing a piece-by-piece approach. One is a legislative mandate. No serious legislation is likely to pass in the next two years. Washington is too divided and divisive. But today’s bitter politicization will put border security and immigration on the ballot in 2020.

Conservatives are not of one mind on every aspect of the immigration and border debate. It is worth spending some time between now and the election putting together the pieces of a conservative reform agenda—the common denominator that conservatives will rally around when Washington gets serious about reform.

In 2021 conservatives could have an unprecedented opportunity to reshape the legal immigration system—deciding who gets to come here and share the privilege of joining the great American community. While conservatives might not agree 100 percent on everything they want, there is a case to be made that 99 percent of them agree on the key elements of a legal reform agenda—and that could be a strong place to start from.

For starters, there is no basis in conservative ideology to be anything but pro- immigration. The foundation for lawful immigration is enshrined in the Constitution. As Heritage President Kay Coles James recently wrote:

For over two centuries, the United States has welcomed millions of people from every corner of the globe. During the Constitutional Convention of 1787, James Madison expressed his wish “to invite foreigners of merit and republican principles among us. America was indebted to emigration for her settlement and prosperity.” That open, welcoming attitude exists today, as evidenced by the fact that the United States lawfully admits over a million foreigners per year, more than any other country.

There is, however, more to remaining an immigration nation than just saying the door is always open. There is no right to become a citizen or remain unlawfully present in the United States. Further, it is perfectly appropriate for Americans to rethink how we grow the American community. Over our long history, immigration policy has changed because the American people wanted it to change to meet the conditions for America’s place in the world at that time in place.

Conservatives are virtually uniformly against “open borders” when it comes legal or illegal immigration, but what are they for? There is an honest debate to be had over the numbers of immigrants that best suit our economy and civil society, but what conservatives share in common is they want immigration that: is best for the wealth and welfare of all Americans; offers a level playing field; makes America more competitive globally, and focuses on the merit of the individual, not circumstances or geography.

Here are the steps that will best win their support.

Move from chain (family-based) migration to a merit-based system, prioritizing economically and fiscally beneficial immigration. As part of this transformation, the government would not be picking winners and losers among industries, job categories, or migrants. Potential immigrants would have to have an offer of employment or financial means of self-support before entering the country. These serve as an objective market signal for merit. Other heavily weighted factors could include educational achievement, professional credentials, job experience, and fluency in English—factors that provide reasonable measures of economic and fiscal impact that avoid government micromanagement and burdening American taxpayers with higher levels of government welfare assistance. At leasta dozen other countries, including Canada and Australia, already have variation of merit-based immigration system.

End the Diversity Immigrant Visa Program (the so-called Visa “Lottery”) that randomly hands out fifty thousand immigrant visas each year. This program treats people not as individuals, but as the means to artificially force representation from various countries. This programs rums completely counter to the goals of merit-based immigration.

Kill the “Cap.” Today, under the Immigration and Nationality Act, employment-based immigrants are subjected to a per-country ceiling or cap, an antiquated practice that makes no sense for a country that ought to value the worth of an individual, not their country of origin. Let’s dump the arbitrary per-country caps and replace them with a system that serves the national interest by bringing America those who can best contribute to the American community.

End universal birthright citizenship. The universal granting of birthright citizenship to all children born in the United States regardless of the parents’ immigration status is the result of a misinterpretation of the Fourteenth Amendment. Congress could fix this in law—and it should. Granting automatic citizenship has a serious and often devastating financial impact on American taxpayers by rewarding and encouraging illegal or exploitive immigration. For example, federal and state programs dole out over $1 billion annually just to cover the costs of physical births to illegal alien mothers. Universal birthright citizenship also promotes the “birth tourism” industry, which is the practice of pregnant foreign women traveling to the United States for the purpose of giving birth and getting their children citizenship.

An administration that adopted these proposals could carry forward an immigration and border-security reform agenda with confidence that American conservatives will support it. In the near future, that could very well be what’s needed to modernize America’s immigration system.