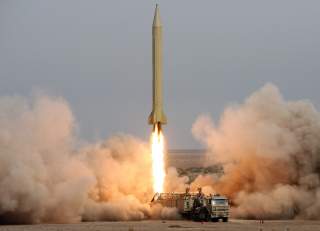 Rarely are one’s predictions as quickly tested as those I made in August. I suggested that the United States’ lame response to Iran’s aggressive actions would lead to escalation. It was not hard to predict. It seemed obvious to me that, unable to get the European Union to help meaningfully circumvent U.S. sanctions, Iran concluded that it ought to cause pain to those who imposed them. It carefully probed how far it could go without facing a forceful response. First, its forces planted mines on oil tankers, but above their waterline, so the tankers did not sink and there was no loss of life. Iran denies any involvement in this initial act. It then admitted that it shot down a U.S. drone, but tried to argue that it was flying over Iranian territory when it happened. These aggressions led to a very weak Western response (mainly the application of meaningless sanctions on Supreme Leader Ali Khamenei). As a result, Iran escalated further by capturing an oil tanker and openly acknowledging that it had begun enriching its uranium.

When all these actions elicited declarations that the United States does not want war and that the United States is seeking to de-escalate—and the Pentagon warned against overreaction-- Iran became more audacious and struck oil facilities in Saudi Arabia (though denying that it was involved). Since then, the thesis that the lame reaction by the United States and the rest of the world community will embolden Iran has become the conventional wisdom. As Dennis Ross noted on September 24 in Foreign Affairs, “Iran has chosen to act very brazenly with these strikes [in Saudi Arabia]. If there is no consequence for that choice, the Islamic Republic will be even more emboldened.” A New York Times news article noted on September 19 that “seeking to exact a price from the United States for its sanctions on Iranian oil sales, Tehran may also now be emboldened to carry out further attacks, calculating that President Trump will balk at another war in the region. The attack on Saudi Arabia was just the latest in a string of recent attacks carried out by Iran or a proxy—including attacks on oil tankers and the downing of an American drone—with little or no cost to Iran.”

Trump has been coming up with one excuse after another to explain his reluctance to respond forcefully to Iran’s aggressive tactics. He suddenly became interested in meticulous intelligence, claiming he needed to be 100 percent certain that the missiles came from Iran (though who else in the Middle East has these kinds of missiles and would hit Saudi Arabia?). He said that he was waiting for Saudi Arabia to tell him what it wanted and waiting to learn if they were willing to pay for the intervention. He sought approval from the UN—the institution he often maligns and despises and where Russia is sure to veto any meaningful action. The president produced smokescreen headlines by announcing his plan to send troops and assets to the Middle East, but that number is minuscule and hardly makes up for those he recently removed from the region. He also declared the imposition of more sanctions, even though it is difficult to come up with activities that have not yet been sanctioned.

Iran cannot read all these U.S. actions (or lack thereof) without concluding that it can continue to impose costs on those who sanction it. Actually, Trump did better—from Iran’s viewpoint—than responding very lamely to it provocations. He showed that the pressure is beginning to work. It is hard to believe, but prior to the attack on Saudi Arabia’s oil facility Trump had discussed offering to lift some of the sanctions—merely in the hope that the offer would encourage Khamenei to meet with him. I assume he hoped for a photo opportunity and declaration that the problem has been solved, as he did with North Korea.

He fired National Security Advisor John Bolton, most specifically, because Bolton called for a strong response to Iran’s provocation; whether firing Bolton was a good or bad idea, the timing reinforced to Iran that it has nothing to be unduly concerned with. Indeed, the end of Bolton’s tenure in the White House delighted Iran to no end. On September 10, the spokesperson for the government of Iran, Ali Rabiei, tweeted: “Months ago #JohnBolton had promised that #Iran would not be there in 3 months; we are still standing & he is gone. With the ousting of its biggest proponent of war & economic terrorism, the White House will have fewer obstacles to understanding the realities of Iran.”

Trump repeated his opposition to another war in the Middle East. Iran notes that the Gulf states, including Saudi Arabia, are muting their criticism of Iran. They realize that they cannot rely on U.S. backing and cannot take on Iran alone. In effect, they are moving to find ways to cope with the new dominant force in the region.

During a normal presidency, the head of the world superpower would not consider announcing that he is keen to meet with another powerful leader—unless his staff first ensured that the invitation would be well-received or if both leaders jointly announced the meeting. For the president of the United States to announce that he is anxious to meet the head of a small power like Iran, and for the leader of the smaller state to flatly refuse, would be considered a major diplomatic failure and read by the other side as a sign that the American leader is rather desperate to avoid acting forcefully.

How can Iran not come to view all these moves as assurance that it can continue to lash out against the sanctions, in a variety of ways, while making some speeches about peace in the region?

To proceed, we need to realize that we have come to false conclusions. This belief that we lost the war in Afghanistan and are doing poorly in Iraq is based on a basic misconception. We have conflated the wars—which we won easily, in a few weeks, with few casualties on both fronts—with the eighteen years of nation-building, which is a failing effort. It is this vain attempt to turn these nations into democracies and U.S. allies that costs a great number of lives and half a trillion dollars. The United States would have little trouble taking on Iran militarily (though it is more powerful than Saddam Hussein’s Iraq, which, by the way, Iran was unable to defeat). Indeed, there is good reason to believe that threatening military action is the only way to bring Iran to the negotiating table. The United States should avoid making the same mistakes it made in Afghanistan and Iraq by seeking only to change the regime by use of force, without engaging in nation-building, leaving it to the people of Iran to fight for the kind of government they want.

If Iran faces no forceful reactions to its provocations, then sooner or later it will either openly or clandestinely seek to expand its nuclear armament program. Iran has long-observed how well North Korea is treated compared to Libya, which gave up its program of building weapons of mass destruction. It has good reason to believe that nukes are the best guarantees to its national security and proactive shield, under which it can continue to dominate the region.

It is not hard to imagine that a nuclear-armed Iran is going to be one of Trump’s going-away presents to the international community.

Amitai Etzioni is a university professor and professor of international affairs at The George Washington University. His latest book, Reclaiming Patriotism, was just published by the University of Virginia Press.